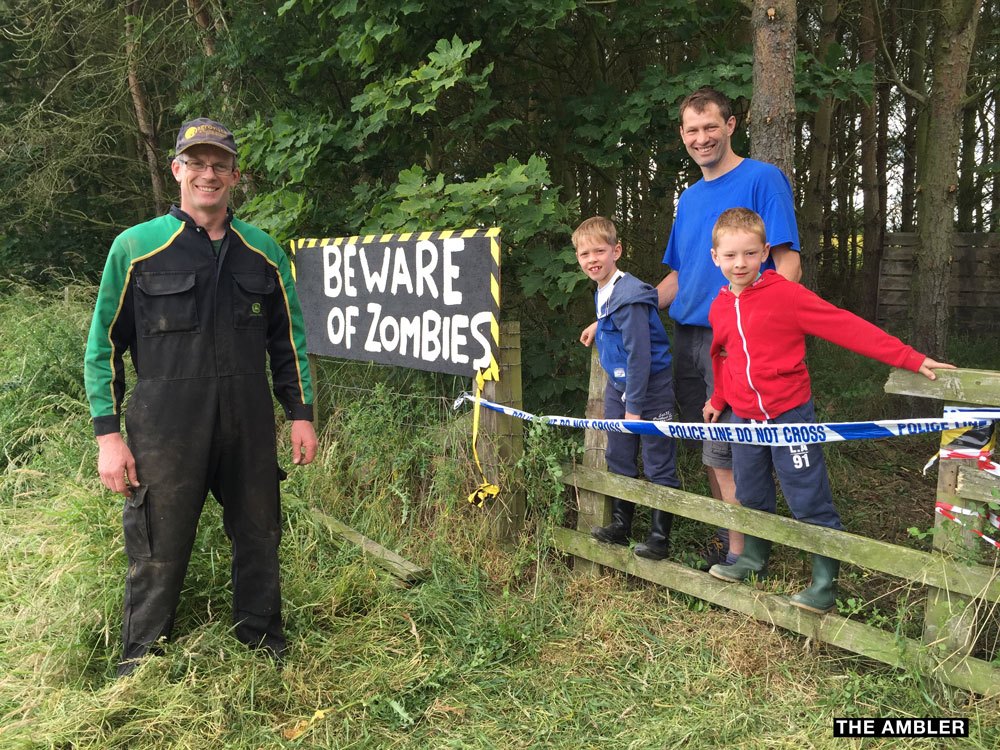 Farming has never been for the faint- hearted, but these days it’s tougher than ever.

And one enterprising farmer from Hauxley has now enlisted the help of the undead in order to resurrect his business.

Supermarkets demand more from farmers and offer less in return. They offer cut prices to us the consumers, but in order to keep their profits stable, they reduce the amount they pay their suppliers. It’s enough to curdle the milk.

Alan Conway runs a small dairy farm in High Hauxley with his father Peter. “Last year we would get between 33 and 34p per litre for our milk,” he told The Ambler. “This year it’s 19.5p per litre, which leaves a bit of a shortfall to say the least.”

So how does a farmer stave off the prospect of the death of his family business? Well in this instance, the Conway family have rounded up a group of Zombies to help out.

Save us from a Zombie apocalypse

The challenge is for runners to complete a 5k course with obstacles, without being attacked by Zombies. Runners wear a velcro belt with three ribbons, which the Zombies will try to grab. Contestants try to complete the course without losing any ribbons. The Running of the Zombies event will take place at Hauxley Farm on Saturday September 5th.

“There will be round bale obstacles, crawl nets, wooden walls and of course a water hazard to make everyone wet!” said Alan.

So far there has been a good deal of interest, particularly with local Zombies, but Alan hopes adults and children will also seize the opportunity to help avoid a Zombie apocalypse in Northumberland.

“Adults have a 5k course, but there’s a smaller 1.5k course for children over five (who must be accompanied by an adult). Bigger kids can go around the whole course if they want,” said Alan. Prices are £30 for adults and £15 for children. There’s free infield car parking and all participants will get a t-shirt and a medal. 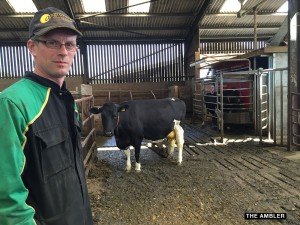 The enterprising Conway family are also looking at other means of diversification on their 200 acre dairy farm.

They have 130 cows and a new robotic milking system, which replaced their traditional milking machines. As a result, Alan and his father now offer courses to other farmers on the basics of robotic milking and use of the computer equipment.

“We’re looking at different ways, trying to make a bit of money. We might even be looking at putting a milk vending machine at the bottom of the drive,” said Alan.

For more info on the Running of the Zombies, email Alan: hauxleyfarm@yahoo.co.uk or see www.hauxfest.uk and www.facebook.com/Runningofthezombies