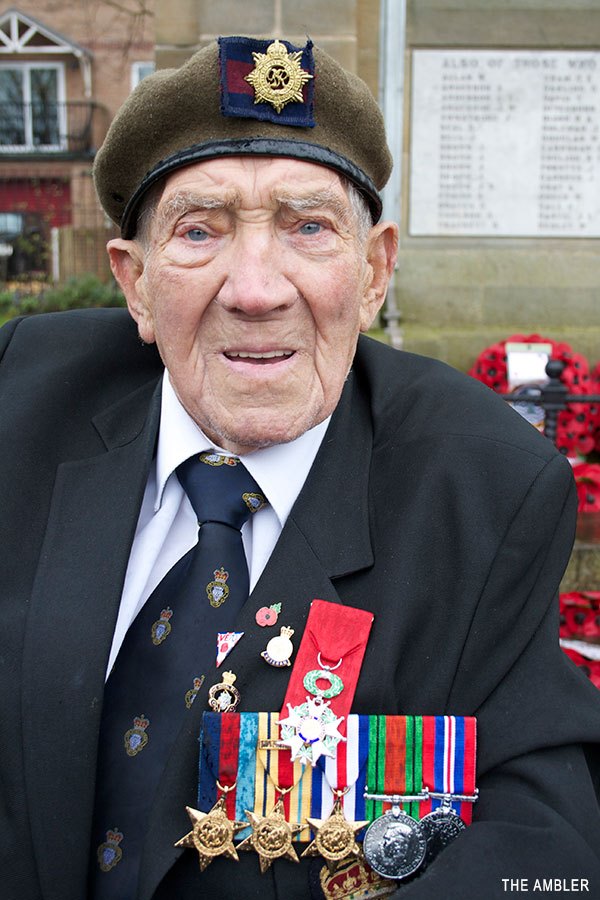 The French government are honouring those surviving veterans who helped liberate France during the second world war. 92 year old George, who had taken part in the Normandy landings on D-Day, was presented with his medal, along with 17 other veterans from the North East.

“I was very proud,” said George, who served in the Royal Army Service Corps. “And I was thinking of the people who never came back. There were thousands of Americans who died on the beaches.”

The medal was bestowed on George as part of the Festival of Remembrance in Durham Cathedral on 7 November. Hundreds attended the event which included a muster parade, performances by military and community choirs and bands and a poppy drop from the Cathedral tower.

George told The Ambler:” It was a lovely day, there was two hours of good entertainment. My son, grandson, and daughter-in-law were there. The French ambassador was there. They played the French national anthem. It was lovely.”

Next day, for Remembrance Day, George and his grandson, Sgt Luke Skipper of the Royal Mechanical Engineers, placed a poppy wreath at Amble’s War Memorial. Luke described how proud he and the family were at George’s honour: “It was an honour seeing our grandad and father receiving it after all he went through. Well deserved; it takes a lot of courage to do what he did that day. We’re just glad he made it home as otherwise we all wouldn’t be here.”

Sgt Skipper added: “It means that little bit more to me, being in the army and after serving in Afghanistan twice, knowing the things he could have gone through.”