A new conservation zone has been declared which affects the sea from Amble to Whitley Bay. The conservation status has been welcomed by Northumberland Wildlife Trust who see it as an important step forward in protecting marine life.

The area is one of 23 new Marine Conservation Zones announced by the government at the beginning of the year. MCZs are special places which include cold water coral reefs, forests of sea fans, canyons and sandbanks, and a varied range of submerged landscapes, all of which support the stunning diversity of marine life found around the UK.

In the North East, three new sites have been designated. Coquet to St. Mary’s, Farnes East and Fulmar, the furthest offshore site in the North Sea.

Steve Lowe, Head of Conservation at Northumberland Wildlife Trust said: “What great news for the wildlife living in the North Sea and elsewhere throughout the UK.

“UK seas have the potential to be full of incredible life and colour but continued destruction has reduced them to a shadow of their former selves. Without these astonishing submerged landscapes there simply wouldn’t be any fish, let alone fantastic jewel anemones, seahorses, dolphins, brittlestars amongst all the other wild and extraordinary creatures which are part of a healthy marine ecosystem.” 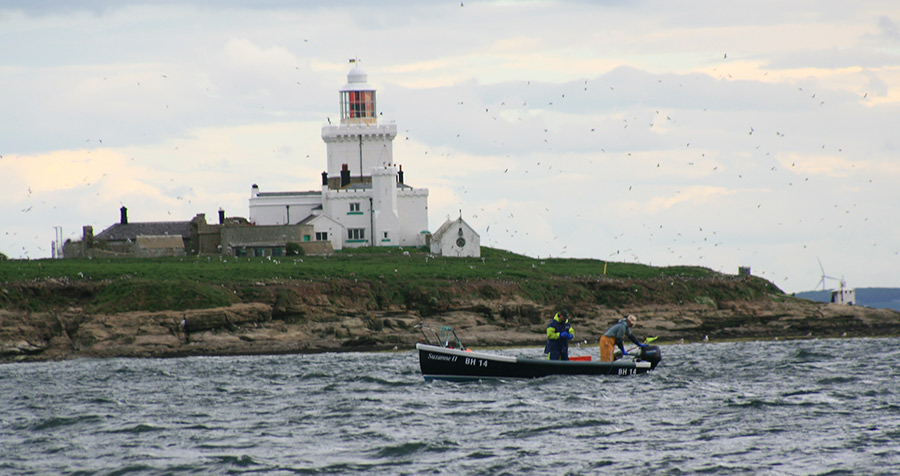 Marine Conservation Zones are protected areas at sea designated for habitats and species of national importance, including fragile seahorses, rare native oysters and even cold water coral reefs which give vulnerable species, including vital fish stocks, the time and space to recover.

Steve added: “We are pleased by this Government’s commitment to addressing the decimation of our seabed over the past century, and to delivering an ecologically coherent network of Marine Protected Areas – which is great news for the Farnes East and Coquet to St Mary’s Island. This second step towards the completion of a ‘blue belt’ in UK seas is crucial in turning the tide on the state of our seas but there’s still work to be done.

The list of Marine Conservation Zones was drawn-up by scientists, conservationists and sea-users, including local fishermen and others who use the sea for work or leisure. MCZs will be announced in three stages.

“We look forward to working with Government and stakeholders to ensure these 50 MCZs are properly managed and to achieve the much-needed ambitious and comprehensive third and final tranche,” siad Steve.

“This will be the start of turning our over-exploited and currently under-protected waters back into a healthy and sustainable environment,” Officials from the Dept for Environment Food and Rural Affairs acknowledge that MCZ classification could have an impact on ports and fishing livelihoods, but claim it will not necessarily restrict activity.

In their ‘Consultation on proposals for the second tranche of Marine Conservation Zones’ report, they say:

“We appreciate that smaller vessels may have less capacity to adapt to the introduction of an MCZ in their area and we have taken this into account when considering designations.”

“In terms of the effect on existing activities, when an MCZ is designated it does not automatically mean that economic or recreational activities in that site will be restricted.

“Restrictions on an activity will depend on the sensitivity of species and habitats for which a site is designated to the activities taking place in that area.”