Trust life: a huge pat on the back

Welcome to Trust Life and let us begin with a huge pat on the back for everyone of you who voted for Amble in the Great British High Street Awards and made winning possible – you and the fantastic shops and businesses we have of course. Ann Burke, chair of Amble Business Club and I attended the awards ceremony at Admiralty House in London, (quite an auspicious location,) along with representatives from all the other nominated communities. While there was a lovely buffet provided by Boots and M&S neither of us could eat anything; it could have been anticipation or it could have been nerves!

During lunch we were joined by Anne-Marie Trevelyan MP before being invited into an anteroom for the announcements. Anne-Marie was every bit as excited as we were and if you have the opportunity of watching the video you can hear Ann and Anne-Marie’s joyous yells of ‘YES’ when Amble was announced. My own celebration was far more muted of course (not)! 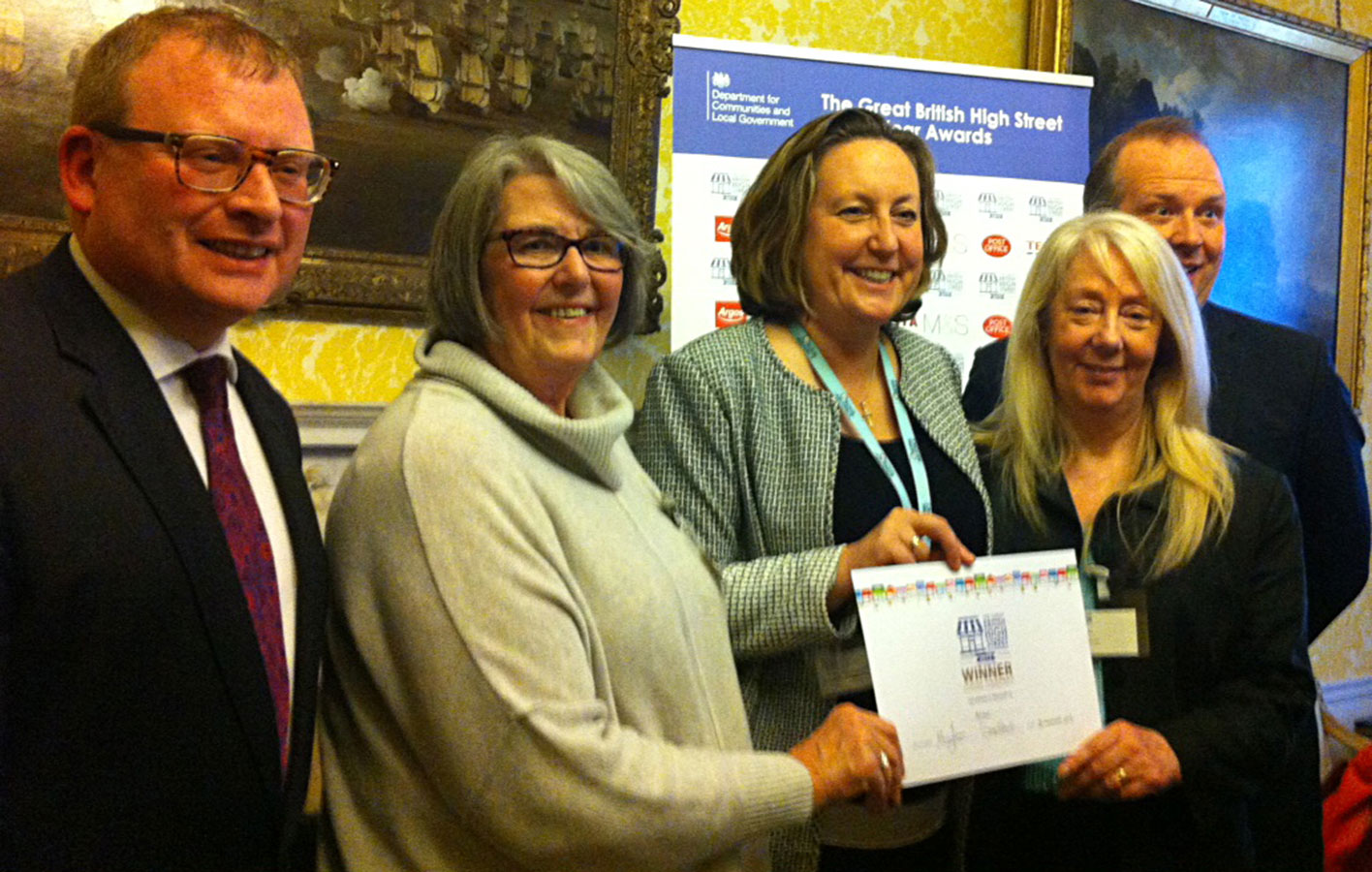 I have to say in my experience of working with the Trust, this is one of the projects that has most inspired participation from the community. You haven’t just sat back and hoped something would happen, you took part and made it happen – thank you. An additional bonus was that one of the judges was so impressed with the town, he came back with another colleague a few weeks after the judging.

Next we would like to invite you, as the community who supported the Great British High campaign to suggest ideas for what to spend the money on. It isn’t a great amount – £5k, which we would like to go as far as possible to make / provide something that will make our street even better than it currently is.

We need to apply again next year and hopefully win the overall prize. So put your thinking caps on, anything reasonable will be considered within any process we have to comply with. For example, the funders may stipulate certain things, or we may require some form of legal agreement or planning approval. I know this may sound boring but everything has to be considered before we can proceed.

We have now received quotes back for works on the affordable housing above our Queen Street property. The successful contractors have been informed, and while we need to trim the costs down further we expect work will have begun by the time you read this.

Re the Harbour Village: we expect the village to be quiet now the Christmas activities have passed, but there will be lots to look forward to in the next few months.

Sarah, our Harbour Village Co-ordinator is now working part time, and has been joined by Helen (who is also a Seafood Broker). They have a range of events in the pipeline and we also hope to have an official opening ceremony in the spring.

The Seafood Centre has also been pretty quiet for trading given the weather conditions, but with a fair wind this should change soon. At this point we would like to thank the fishermen who have supported the Seafood Centre so far, and hope we can provide you with greater sales in the coming months.

In the last Trust Life, I encouraged everyone to comment on the one-way system which was to begin in December. Latest information looks as though this has been delayed. We are trying to find out why, given we are all involved in the process more information should been forthcoming. Process can be very frustrating!