Second skiff takes to the waves 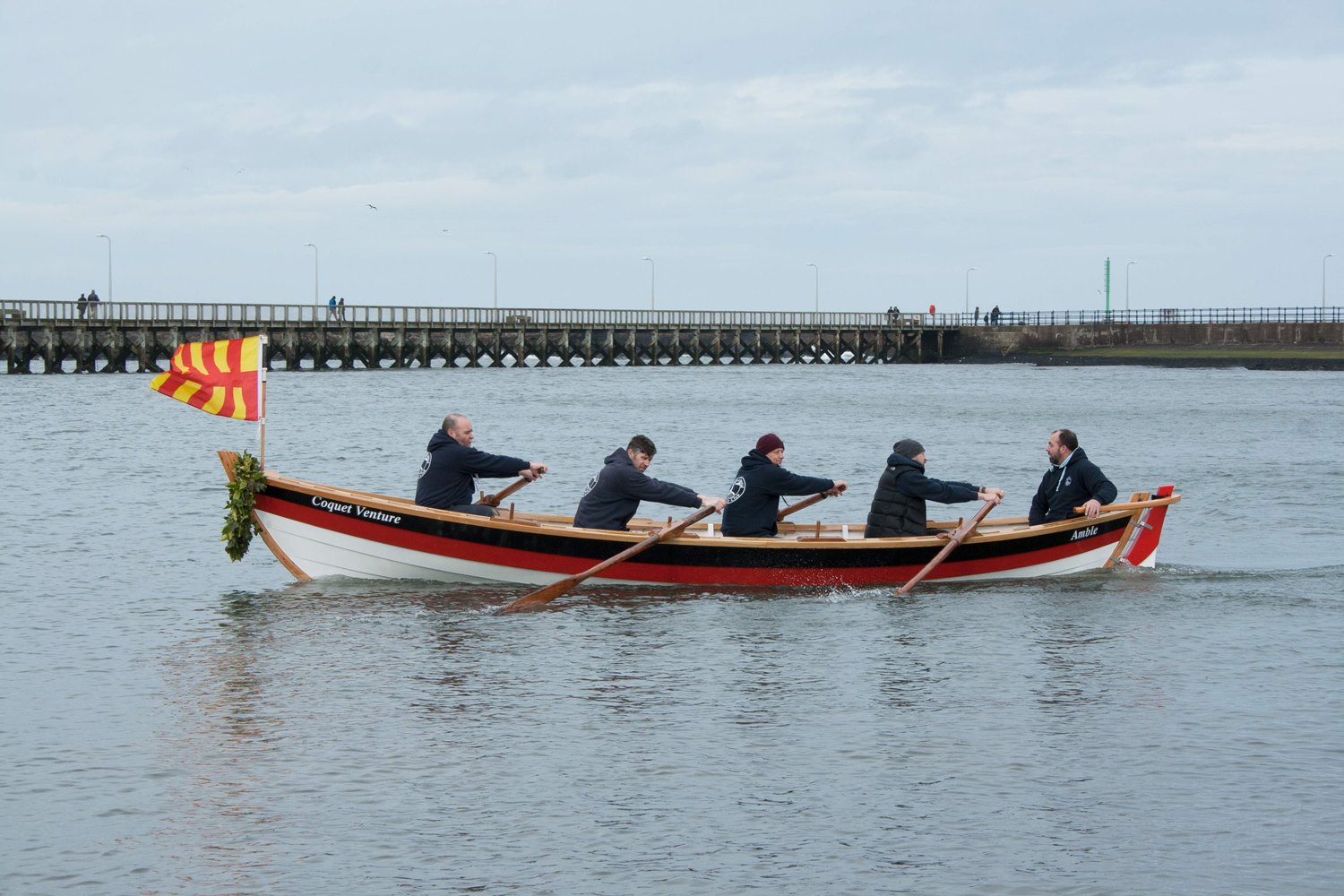 A new skiff, Coquet Venture, has been built by volunteers in Amble, as a sister ship for the Coquet Spirit.
Bits of history have been incorporated into the build: wood was recycled from a number of sources, including seats and floorboards made from 145 year old pitch pine, church pews donated from St Cuthbert’s Parish Church, strips of teak from school science benches, Rob Angus’s old fireplace and strips of mahogany from Mrs. Matthews’ old kitchen table, made from salvaged timber during the war.

The oars were donated by Vic Brown of Coquet Shorebase Trust and are estimated to be about 60 years old. They were originally from the admiralty whaler “Collingwood” which was used by the shorebase to teach seamanship when it was part of the school curriculum. Rob Angus can remember rowing with these oars in the early 80s.
For the launch ceremony, local piper Bev Palin led the skiff, oarsmen, members of the community and fellow Northumberland skiff rowers to the Little Shore.

There has always been superstition around setting out to sea and no chances were taken.
A naming ceremony was performed by the Rev Diane Westmorland of St Cuthbert’s and Rev Lynda Coulthard of Trinity Methodist who blessed the boat with water from the Sea of Galilee and then with Alnwick Rum anointing the boat, then offering a drop to the sea and then a drop for Diane and Lynda followed by the launch itself.
Once in the water when the two skiffs met on the sea for the very first time, a Celtic blessing was exchanged by the crews.
Coquet Venture carried a Njord, Lord of the ships, and other good luck charms including driftwood from the Little Shore inscribed with fishbones for a safe return home. 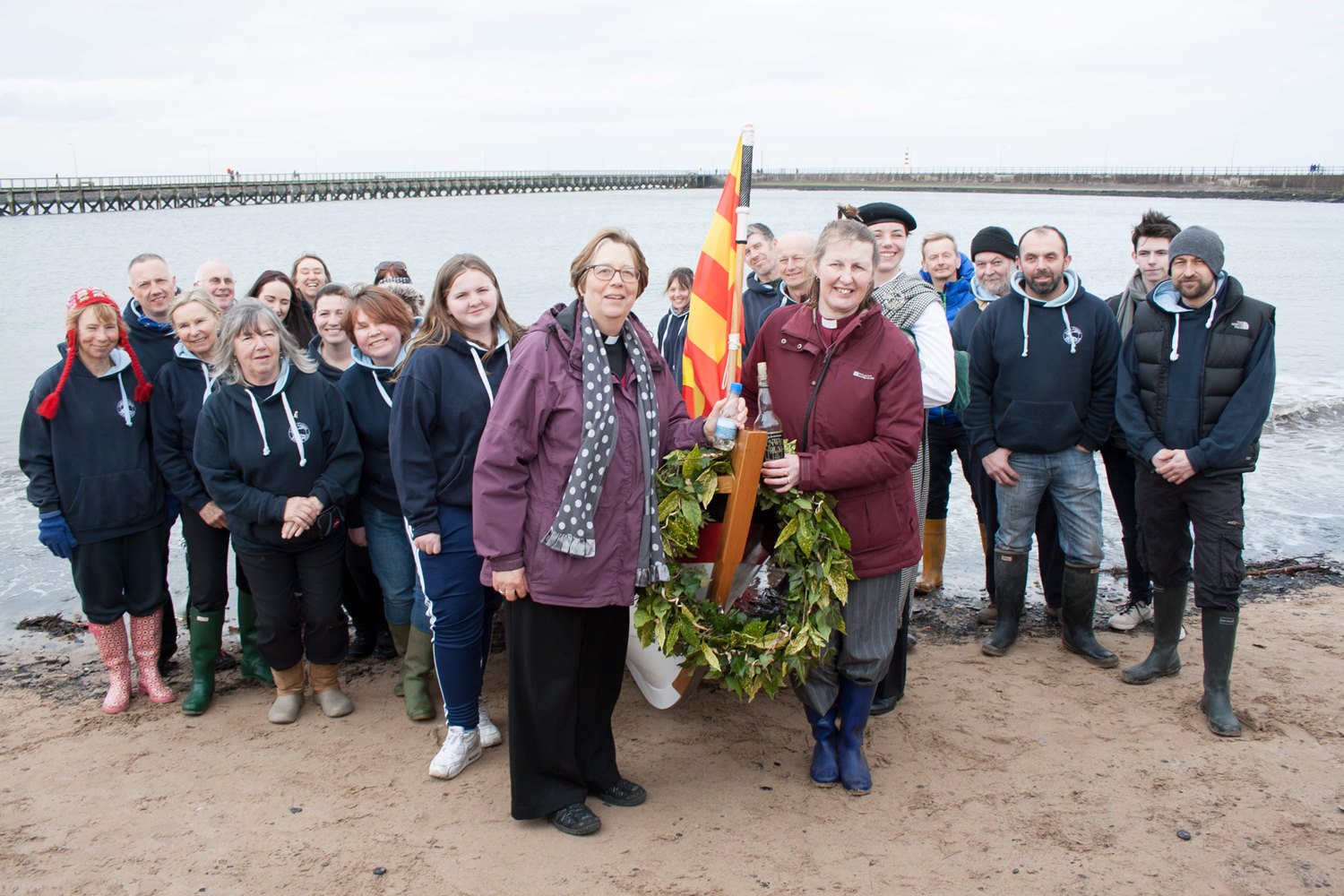 Coquet Venture is Amble Coastal Rowing Club’s second St Ayles skiff. It is 22ft in length, guided by the coxswain and powered by 4 rowers. There are over 150 of these skiffs around the coast of Britain built by community clubs such as ours.
Amble’s club has been running since 2013 and their first skiff Coquet Spirit was launched in 2014. They currently have around 35 members.
With Coquet Venture launched there is now room in the shed for Coquet Spirit to be brought in for a coat of paint and some TLC ready for the new season ahead.

There are more boat building projects in the pipeline and these will be revealed in due course.