Local wildlife at risk from pollution and global warming 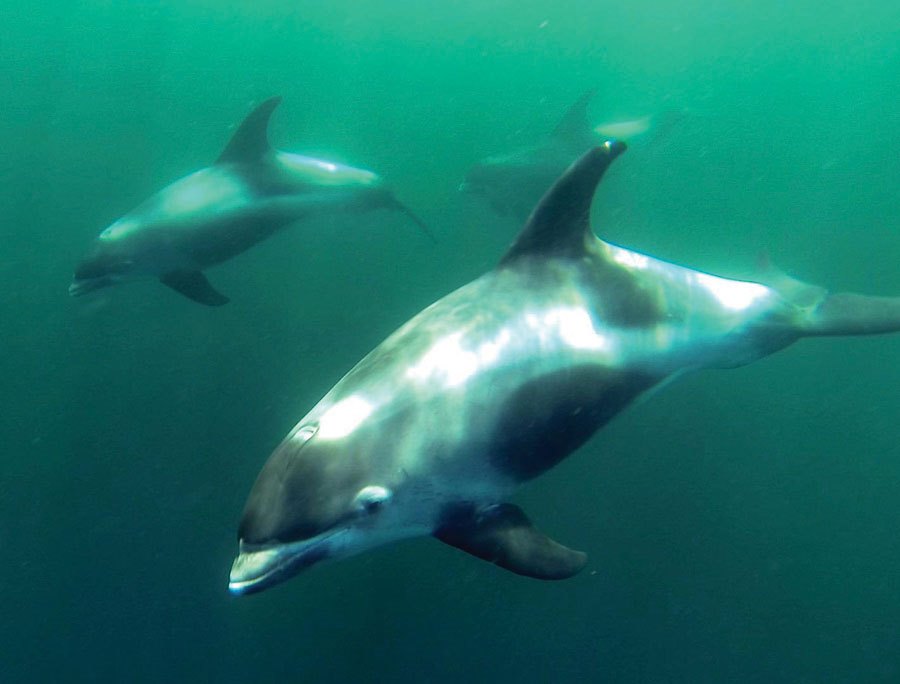 The Farne Islands are a group of islands lying off the Northumberland coast, midway between the fishing village of Seahouses and the great fortification of Bamburgh Castle.

This National Nature reserve is a protected area for over 100,000 seabirds, and hosts a huge variety of species: Guillemot, Razorbill, Puffin, Kittiwake, Shag, Cormorants and lots of other visiting birds like Gannets and Roseate terns. The Farne Islands is also home to one of the largest English colonies of grey seals (almost 4000 grey seals). Indeed, about 40% of the world population of grey seals can be found in Britain, and over 90% of British grey seals breed in Scotland.

Grey seals (Halichoerus grypus) feed on a wide variety of fish, taken at depths down to 70m (230 ft) or more. Sand eels (Ammodytes spp) are important in its diet in many localities. Cod, whiting, flatfish and herring are also important locally. However, it is clear that the grey seal will eat whatever is available, including octopus.

The average daily food requirement is estimated to be 5kg (11lb), though the seal does not feed every day and it fasts during the breeding season. 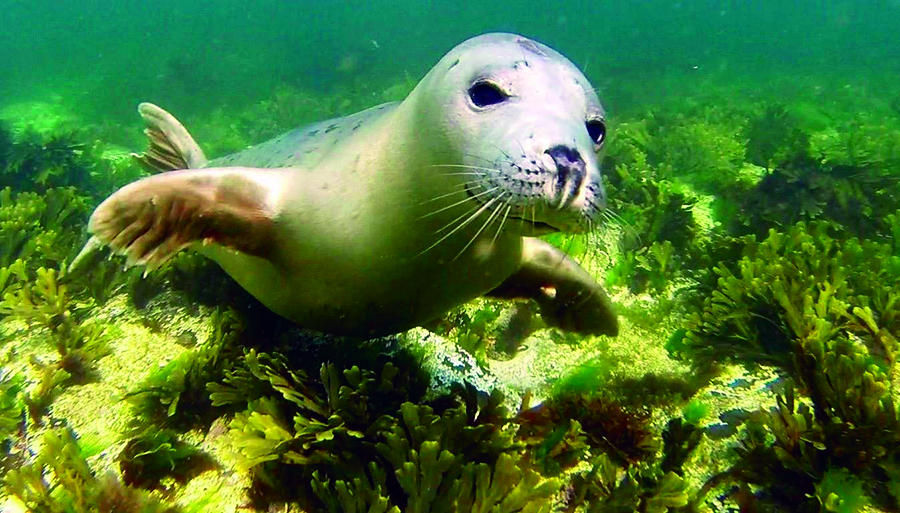 Grey seals take less than 1% of the total stock biomass (all the fish) in the North Sea.

There is no significant competition for food between seabirds and seals around the Farne Islands, but these species can get in each other’s way. It is possible that some seals can affect top soils and burrows where puffins breed, but that’s not a large problem at present.

Cetacean sightings off the islands are becoming more frequent too with sightings of bottle-nose dolphins, white-beaked dolphin and even common dolphin.

Contrary to what is happening for seabirds currently, seals and dolphins in the UK are not classified as “Threatened” but sadly, there are factors that adversely affect them.

This includes pollution in many forms: the sound pollution from boats or wind farms; the ocean pollution with the contribution of toxins, PCBs, heavy metals, and plastics and finally, discarded fishing equipment (ropes and nets).
Global warming does not appear to be a problem for grey seals so far but it can affect dolphins in the long term.

The Farne Islands and surrounding seas are a internationally important wildlife reserve. It is therefore essential to ensure the longevity of marine species that live there and protect this Northumberland treasure.