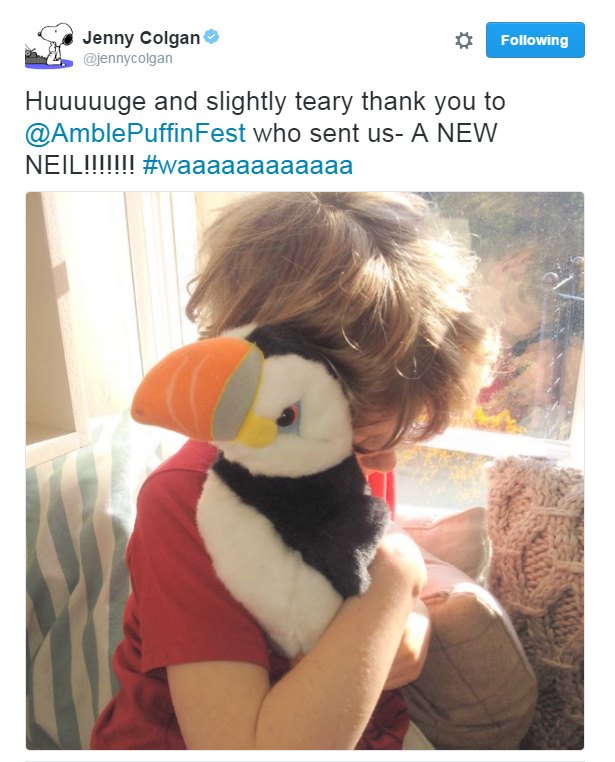 The search for a lost puffin has ended with a bestselling author giving a talk at this year’s Amble Puffin Festival.

If you’re at #edinburghairport today, we lost NEIL THE PUFFIN there! 🙁 Please RT / keep your eyes open #findneil

Not only was Neil the puffin her daughter Delphine’s favourite toy, he is also a character in several of Jenny’s books, most particularly in her ‘Polly and the Puffin’ children’s book series.

The #findneil post was retweeted over 1000 times and messages of support for the popular author’s young daughter came in from a huge variety of people, including JK Rowling, and of course, Amble Puffin Festival’s own social media team.

Several days later and Neil the puffin was still undiscovered, so the Puffin Festival committee offered to send a replacement. And although the new puffin would never replace the original Neil, Delphine was said to be thrilled with her new companion.

@AmblePuffinFest you have no idea who thrilled she was and totally made our weekend. Now trying to get to the fest! 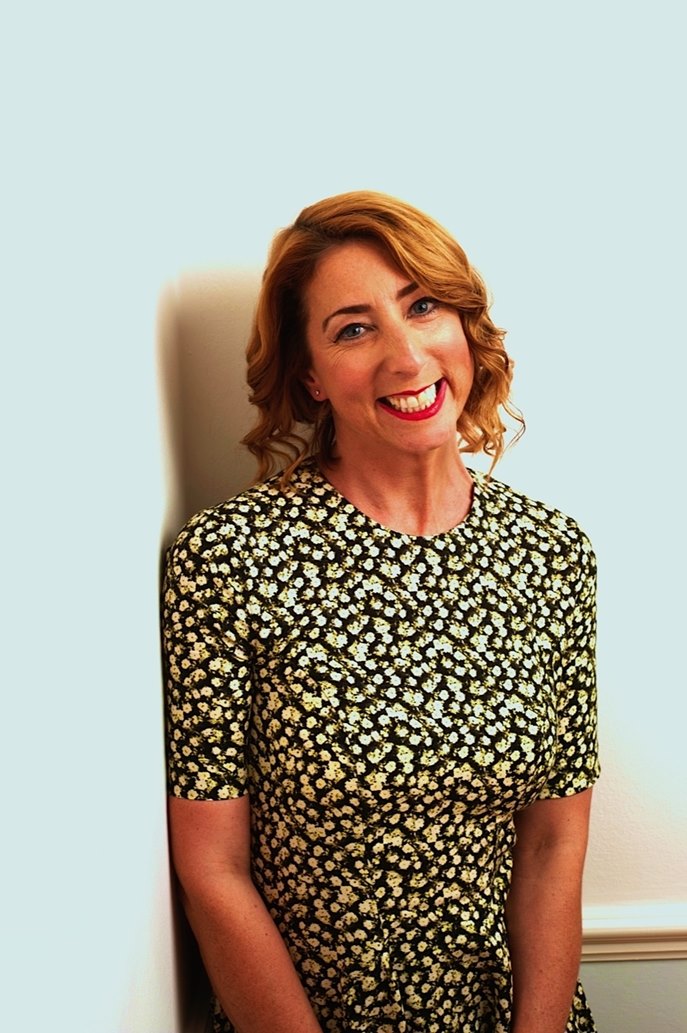 Jenny Colgan will give a talk at this year’s festival

Jenny told the committee that she and her family would be visiting the Puffin Festival, and she offered to give a talk on Neil the puffin, for children and families – and anyone who likes puffins.

The talk will take place at 5pm on Saturday 28th May at 42 Queen Street, Amble. Tickets for children cost £1 and this includes a gift at the event. Tickets can be purchased from 42 Queen Street and N&F Young, 8 Queen Street.

Jenny Colgan is the author of numerous bestselling novels, including Little Beach Street Bakery and the Top 5 bestseller Welcome to Rosie Hopkins’ Sweetshop of Dreams, which won the RNA Romantic Comedy Novel Award 2013.

Jenny is also a big Dr Who fan, and wrote the tie-in novels: Dark Horizons and In the Blood which was released this month.