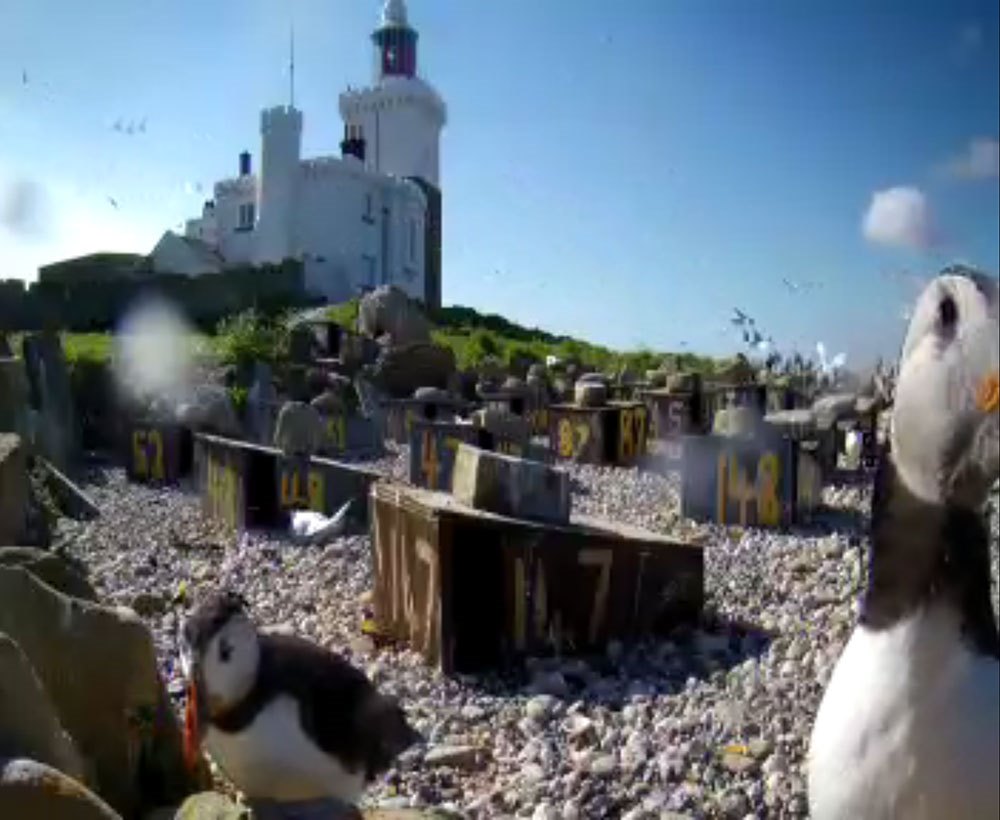 A camera on Coquet Island will show live footage of the birds throughout the summer, allowing members of the public the chance to see and hear the island’s feathered population in real time.

The camera will be positioned on the roseate tern terrace as part of a project aimed at improving the conservation prospects of roseate terns, which are the UK’s rarest nesting seabirds.

Coquet Island is home to 90% of the roseate tern population in the UK, and is a protected bird sanctuary, with no-one but the wardens allowed to land.

RSPB Coquet Island’s head warden Paul Morrison will show the live footage at his talk at this year’s puffin festival, together with 360 degree virtual reality headsets with footage from Coquet Island.

And a week-long event at BALTIC Centre for Contemporary Arts in Gateshead will see a big screen link to the live footage, as well as various art projects in the contemporary art gallery and in local schools.

Paul has been appointed ‘UK Ambassador for roseate terns’ – which means he will be visiting several areas in the UK to explain how the Coquet Island team manage the birds and give advice where needed.

“I’ve recently been to Wales and I explained how we work; the tern terraces, nest boxes etc. We’ve got 111 roseate terns now, which is the first time there’s been more than 100 in 40 years. The lowest point was 18 in 2000. That’s when we built the terraces. We had 34 the first year. Now over 50% of roseate terns are born on Coquet Island. They go to Ghana to overwinter, but they only breed here,” he said.

And to illustrate the importance of the project, he brought the number into sharp focus.  “There are more roseate terns on Coquet Island than in the whole of France.”

The EU funded £2M project will last for 5 years and is shared between RSPB Coquet Island, Anglesey Wildlife Trust and BirdWatch Ireland.

Assistant warden Wez Davies told us more about the event at BALTIC, which runs from 30 May to 5 June.

“The old night hide will be installed for people to look at and experience what it might be like. The live stream will be a large projection and the cinema room will play Coquet Island films. There will be island artefacts to touch and smell, as well as the virtual reality puffin headsets.”

Artwork produced by local children will be displayed on the internet, while at BALTIC itself, artists will be helping children to make model seabirds. They will be able to learn about migration by drawing on giant world maps around the gallery and can make a massive nest to have their photo taken in to learn about ‘homes for nature’.

“After the event, we should have lots of interesting content to keep sharing – and the live feed will stay up for everybody until the rosys head off to winter,” said Wez.

Paul’s talk, the live streaming and the 360 degree virtual reality headsets can be seen as part of Amble Puffin Festival on Tuesday 30th May at 7pm in Fourways2, Dilston Terrace Amble. Tickets are £3 available from N+F Young, or Fourways2.