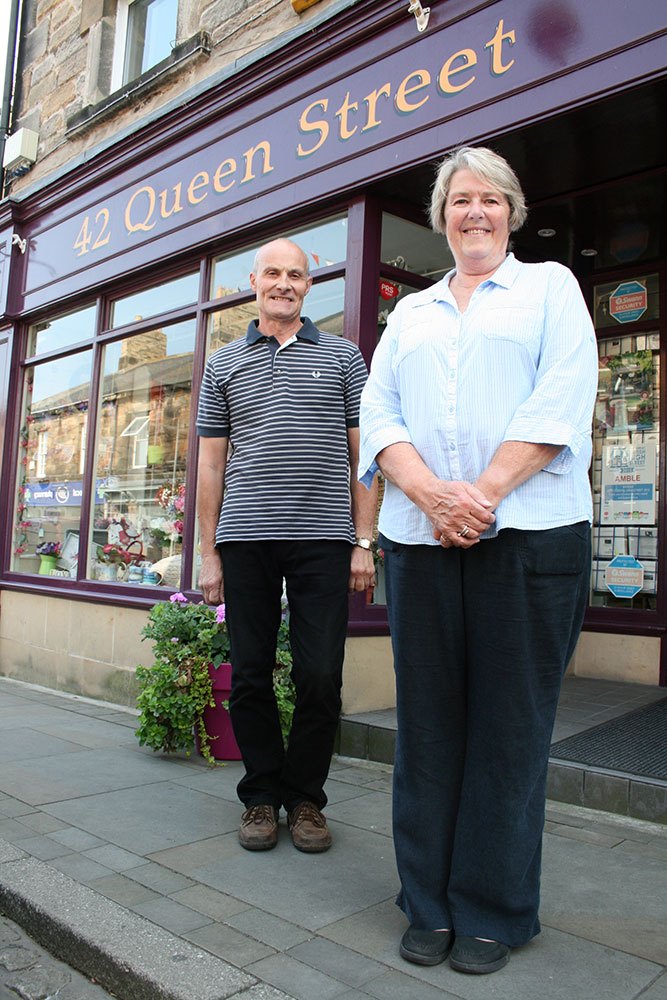 Richard Wardman and Ann Burke have run businesses on Queen Street for 27 years.

Richard Wardman and Ann Burke are in the running to win a share of £10,000 in prize money as part of a nationwide search for Britain’s high street heroes.

Richard and Ann have been nominated for an award for the nation’s best managers of an independent shop, to recognise their hard work in making Amble a great place to live, work and play.

Ann told The Ambler: “We both feel quite humbled to have been nominated. When you’re on Queen Street, that’s just what you do, you work to make the best for everyone; businesses and the community.”

Richard and Ann Burke are co-owners of 42 Queen Street, a craft and gift shop in Amble. Their hard work includes providing specialist business advice on various committees and community consultations over many years. Their knowledge and input has supported funding applications that have aided regeneration in the town and helped Amble achieve its potential and current high profile.

Their commitment to the town and its prosperity remains unequivocal and it has paid off, Queen Street does not have a single empty property and is experiencing a new lease of life with business prospects looking better that ever before.

“Ann and Richard of 42 Queen Street have been powerful allies within partnerships that have driven many projects in Amble, aiding its long term regeneration.

“These projects have seen the town ascend from perceptions of being thought of as an unremarkable mining town to holiday destination of choice.

“We’re all really proud of Ann and Richard, and hope that their hard work will be recognised nationally.” 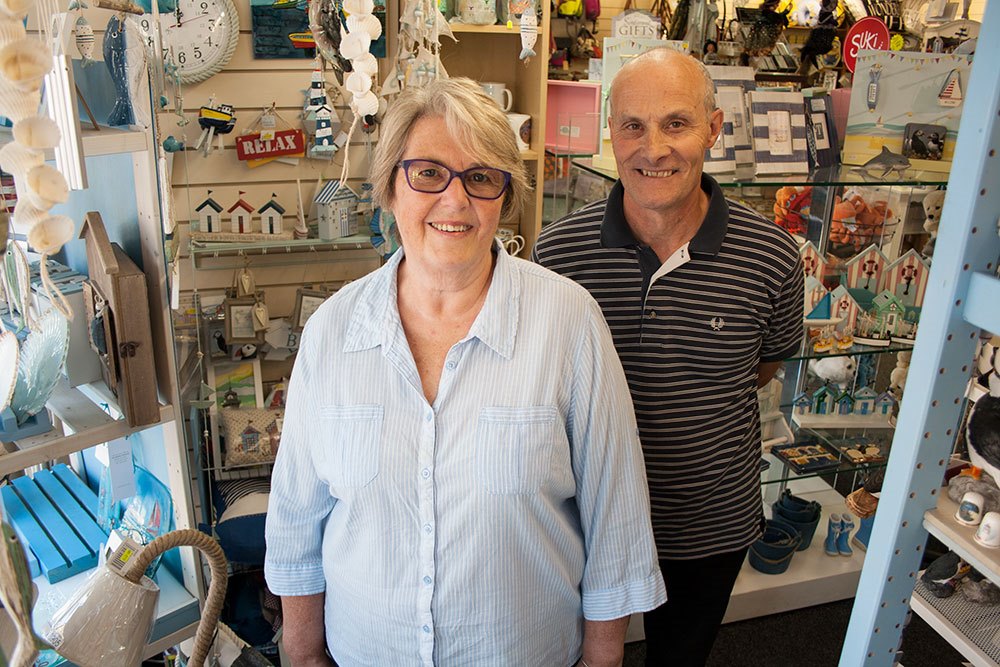 Ann and Richard have been praised for their hard work and enthusiasm in promoting Amble. Ann is also chair of Amble Business Club.

“Last year’s competition was a massive success, helping to showcase the very best high streets across the country, with thousands of votes cast and winning high streets reporting an increase in shoppers.

“Our local high streets remain the life and soul of towns, villages and cities across the country.”

Now in its 3rd year, the competition celebrates the great work that is being done to revive, adapt and diversify the nation’s high streets. Alongside the cash prize, Google have joined the search and are offering all category winners a visit from The Digital Garage on Tour – a skills training workshop for retailers and small businesses.

New to 2016, the competition is also looking for individuals to win a ‘high street hero’ award. With categories for store managers and employees from national or independent retailers to ‘under 25’s’ and market traders, high streets are able to enter the individuals, such as Richard and Ann, who are making a difference to their local community.

The top 3 shortlisted in each category will be announced in October. They will then go through to a public online vote and places will be visited by the Future High Streets Forum judging panel made up of industry leaders from across retail, property and business.