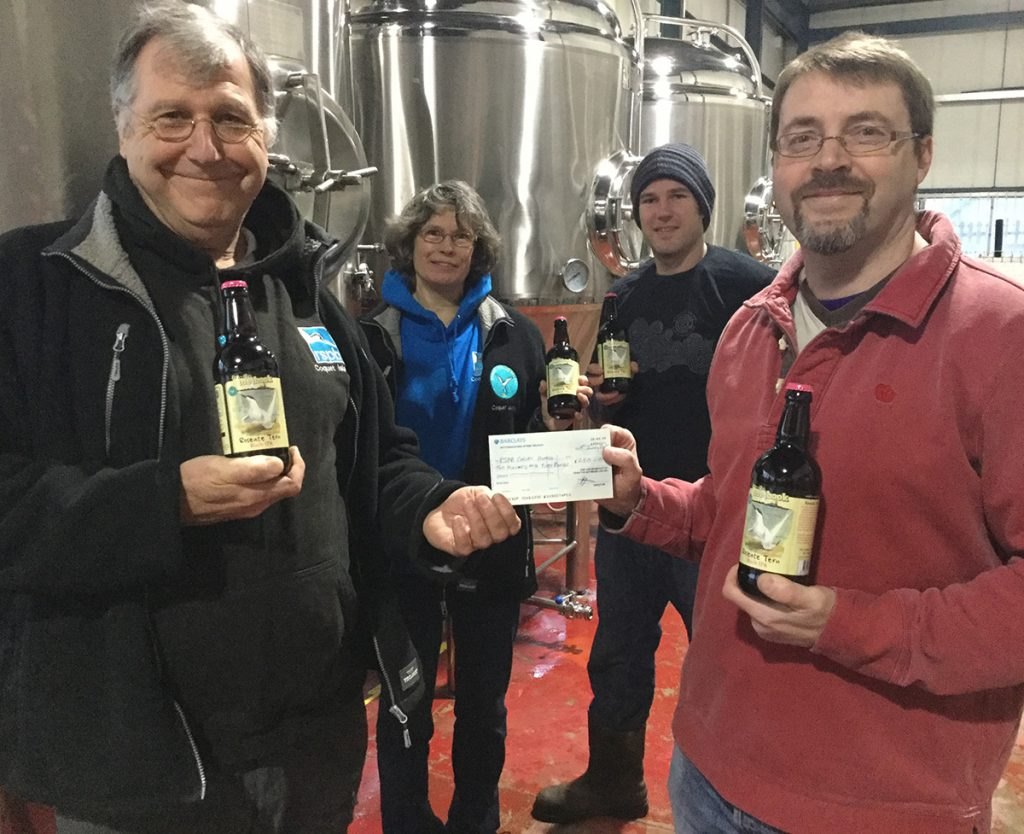 Amble’s Coquet Island bird reserve has received its first donation from beer brand “From the Notebook”.

A cheque for £250 was presented to Paul Morrison, head warden of RSPB Coquet Island, for the sales of the brand’s “Roseate Tern” beer, which is named after one the rarest nesting seabirds in the country that breed on the island’s bird reserve.

Coquet Island is home to the Roseate Tern Life Project, which is an EU funded project that protects the rare species of bird. Coquet Island is the only place in the UK where they breed.

Paul Morrison teamed up with the brand to create the beer, sales of which will help support the local bird reserve.

From the Notebook is run by managing director Graeme Denton, and it produces unique beers that aim to celebrate nature and its diversity. The brand associates itself heavily with nature conservation charities, and donates royalties to charities ranging from the Marine Conservation Society to the British Trust for Ornithology. Denton stated: “We do wildlife beers, we support the wildlife causes with 10p per bottle and 5p per pint.”

Morrison explained that the collaboration with From the Notebook began as “A bit of fun, with a very serious concept in mind.”

“The Roseate Tern is Britain’s rarest nesting seabird, and this local flavour that we’ve embraced with this project also reflects the fact that Coquet Island is the only place in the country where they nest,” he said.

The project came into fruition when the pair met Michael Graham, a local brewer from Credence Brewing in Amble, who agreed to produce the beer and support the project. Graham said “It was an interesting project to be a part of, it was exciting to brew with someone else for the first time and to support a local cause.” 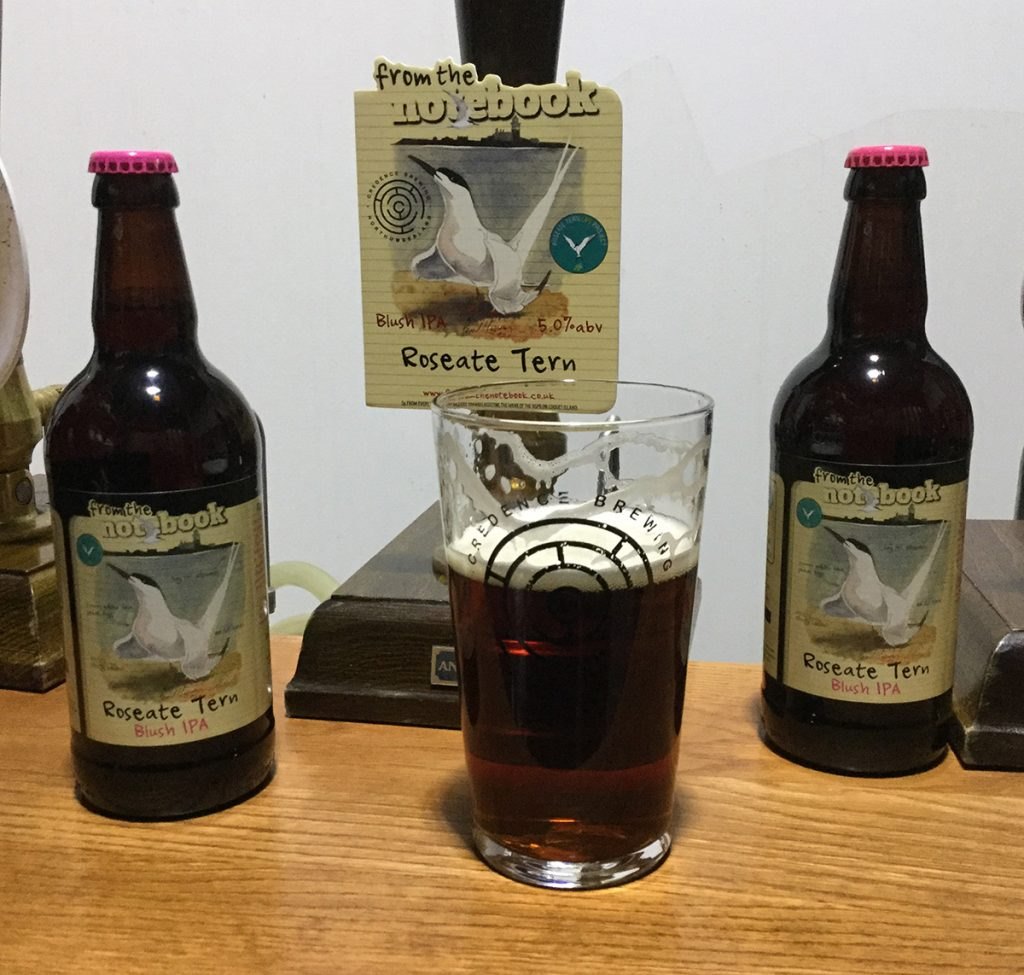 The beer is available from the Mason’s Arms in Amble and selected pubs in the area. It will also be available to buy at Amble Puffin Festival

Each beer produced by From the Notebook have labels designed by different artists, and the Roseate Tern label was an original painting by artist Paul Henery, a former wildlife crime officer for the RSPB. The beer’s label features the bird itself, along with Amble’s own Coquet Island, Paul Morrison explained “I noticed that the labels on these bottles are very special, along with the beer, and we wanted a local flavour.”

The bottle is designed around the characteristics of the Roseate Tern, with a pink bottle cap to emulate the rose hue the birds have on their breast feathers during the summer.

The £250 donation will aid the conservation efforts on the Island, one that From the Notebook hope is the first of many.

The Roseate Tern beer is available in local pubs such as Mason’s in Amble, as well as various other coastal pubs.