Councillor steps down after 34 years 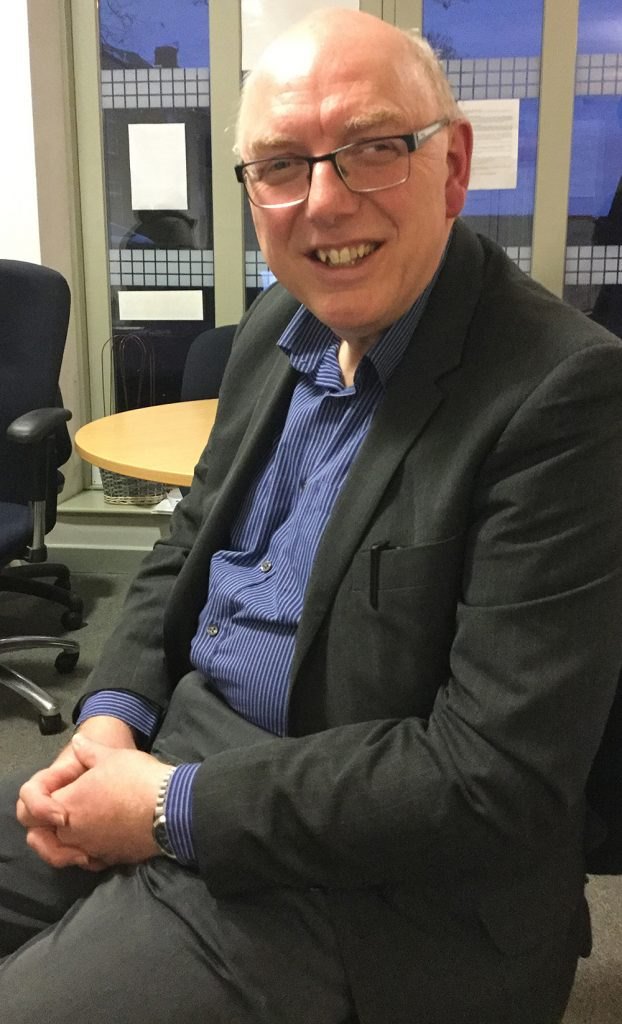 Amble Town and Northumberland County Councillor Robert Arckless has announced he will step down at the local elections in May.

Robert was awarded an MBE in the New Year Honours and has represented the Amble East ward, which also includes Hauxley and Togston Parishes, for the last 34 years.

Robert told The Ambler: “It was a really tough decision, but I have decided not to stand in the upcoming elections and therefore I won’t be a councillor after May.”

Robert has Cerebral Palsy and has been warned by his health practitioners that he needs to consider reducing his workload. “They said to me, it’s not about your quality of life, it’s about your life expectancy,” he told The Ambler. “The last year has been really tough on me. My body is telling me I have issues to deal with. I can’t dodge these things. So I have taken the decision. It was very hard.”

In addition to his MBE, Robert has been Mayor of Amble, chairman of the now defunct Alnwick District Council, and chairman of Northumberland County Council. In recent years, he has been Head of Children’s Services at Northumberland County Council. “The response to my MBE has been great; I’ve had dozens of letters, emails and cards from all manner of people; from the Bishop of Newcastle, Peers of the Realm, MPs and even my old history teacher, who said that it had to be a first for Amble Secondary Modern!

“I am very much looking forward to the ceremony on 19 May. Local government and community work is never a solitary effort. I have had great teams over the years. But it is nice to be recognised. My family was chuffed to bits.”

Vera Baird QC, Northumbria Police Crime Commissioner who was made a Dame in the New Year Honours said, “Robert really is Mr Amble, he has been an outstanding ambassador for local residents – and I’m proud to call him a friend.

“If it wasn’t for Robert, Amble would not have received some of the innumerable assets it has – as a former resident of Amble myself, I know we owe Robert a great debt of gratitude.

“After nearly three and half decades of public service, Robert can leave the council chamber knowing that he has made a real difference. Retirement doesn’t mean we will see less of Robert, it just means he’ll be going at a gentler pace. He’ll never stop working for an even better Amble.”

Oh his Facebook Page, Robert said: “It has been the greatest privilege of my life to represent my home town of Amble, Hauxley, Radcliffe, Togston and most recently part of Chevington. The spirit burns as brightly as ever. So does my belief that local councils can make a difference. They are the grassroots of democracy. My thanks to all who have worked with and supported me over the last 34 years.”

Amble Mayor Jane Dargue said, “Robert will be a very great miss to everyone of us at Amble Town Council. Personally, from when I first started out in local politics Robert gave me confidence and conviction to believe in myself as a local councillor. He has shown by example how important it is to always act with integrity and for the greater good and has worked tirelessly over many years for this town. He will be sadly missed but ATC offices will always have doors wide open to keep in touch.”

Grant Davey, Leader of Northumberland County Council said, “I’m very proud and consider myself very lucky to have worked closely with Robert for the last nine years and to have him as a friend. He is a wonderful Councillor with a well developed closeness to his community.

I am so pleased that he has been awarded the MBE and felt honoured to be invited to his enrolment into becoming Lay Canon of the Church of England. Robert will be a big miss to our team at County Hall and it will be hard to fill his shoes as the portfolio holder for Childrens’ Services. Through the Ambler I would like to wish him all the very best for the future.”

The Labour Party have selected Terry Clark as their new Northumberland County Council candidate.
Robert’s retirement plans are still to be decided. “I might do some part time work, or some voluntary work. Or I might try some distance learning and do a Masters, perhaps in History,” he said.

“Thirty four years as a Labour Councillor – that’s more than half my life. But now there will be a different life. I just don’t know quite what, yet.”
Anna Williams