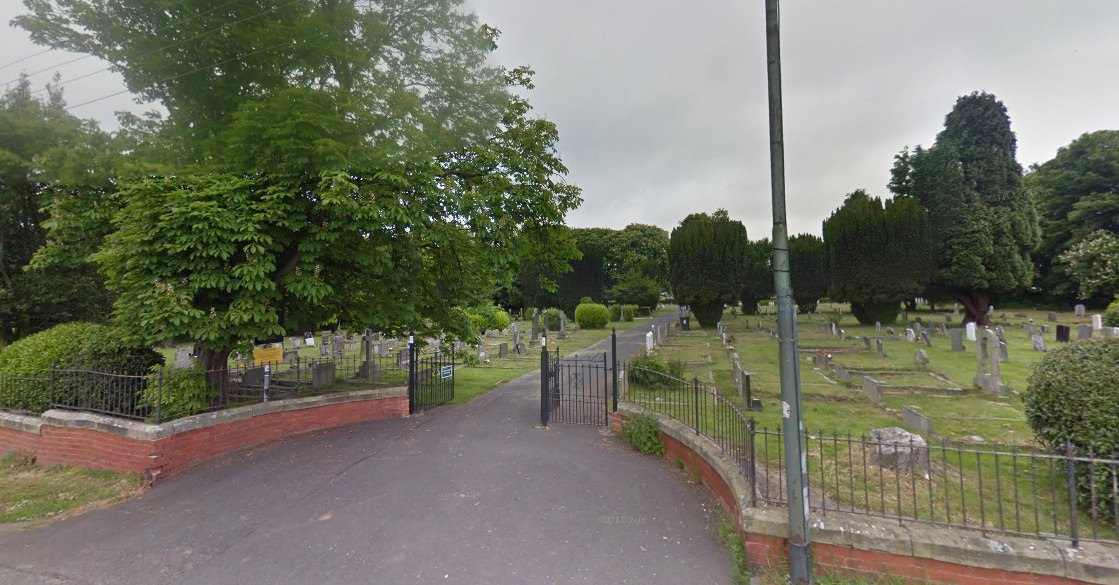 UPDATE: THIS EVENT HAS BEEN CANCELLED DUE TO BAD WEATHER

27th June 2017 will see 72 (Reserve) Squadron from RAF Linton-on-Ouse in North Yorkshire conducting a nationwide Grand Flypast in honour of its centenary.

Four aircraft will fly over the squadron’s previous air bases, which included RAF Acklington. Because the air base no longer exists, the aircraft will overfly airmen’s graves at Chevington cemetery.  The time of the flypast at the cemetery will be 17:28 on the afternoon of Tuesday 27th June. 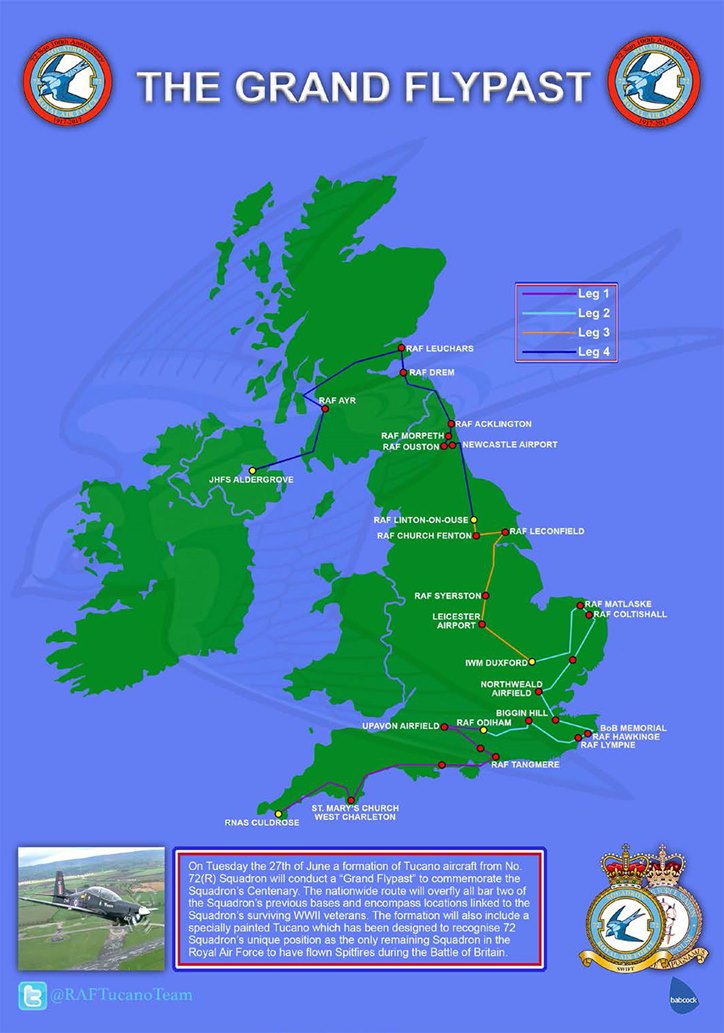 The route of the Grand Flypast

Starting at RNAS Culdrose, the route will take four of the Squadron’s Shorts Tucano T Mark1 aircraft across the UK visiting many former RAF Stations that were operational during the Second World War with stops at RAF Odiham, the Imperial War Museum at Duxford and RAF Linton-on-Ouse on the way to the final destination at JHFS Aldergrove in Northern Ireland.

The aircraft
One of the Tucanos will be newly painted in a specially designed commemorative livery.  This commemorative Tucano will also be visiting RAF Stations and airshows around the country this summer as a static display aircraft.
72 (Reserve) Squadron has a rich history as one of few Squadrons still in active service today to have operated the Spitfire during the Second World War.  Personnel from 72 (Reserve) Squadron were members of ‘The Few’ who defended the country from invasion during the Battle of Britain.
72 (Reserve) Squadron performed Air Defence and Convoy Protection duties based in Northern England at the beginning of the War before moving South to assist with the Dunkirk evacuations in June 1940.  It was later in 1940 that the Squadron earned its Battle Honours for the Battle of Britain after which the Squadron moved to conduct operations in North Africa, Malta and Austria, supporting Allied forces as they progressed towards Germany at the conclusion of the War.

The crest of 72 (Reserve) Squadron

History of the squadron

After the Second World War, 72 (Reserve) Squadron continued to operate fighter aircraft into the Jet-era, with the Vampire, Meteor and Javelin before disbanding and reforming as a helicopter unit in 1961.  Initially operating the Belvedere, this was replaced in 1964 by the famous Wessex helicopter which served the Squadron for the next 38 years in operations ranging from disaster relief in Malaya to supporting security forces in Northern Ireland.

In its present form 72(Reserve) Squadron is the UK’s Basic Fast Jet Training Unit responsible for training Royal Air Force, Royal Navy and International Defence Training pilots in the basic skills required to fly frontline fighter aircraft using the Tucano.  Students undergo rigorous training in general handling, aerobatics, low-level navigation, formation and instrument flying culminating in the award of the coveted Pilot’s Brevet. The 72(Reserve) Squadron Motto of ‘Swift’ combined with the Squadron Crest both share a special connection to the Pilot’s Brevet which displays wings modelled on those of a Swift.