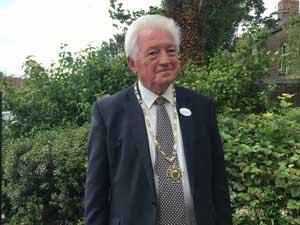 Jeff told The Ambler, “I’m happy to support Anthony Murray as chair this year and I look forward to being chair next year.”
Jeff with his wife June will represent Northumberland County Council to engage with the people of Northumberland at community events and public engagements. His first official duties were at Morpeth Fair and Stockton’s Armed Forces Day.
“I’m looking forward to all my civic duties this year” said Jeff, who has been a councillor since 2003.
This is a ceremonial role that is different from the council’s political leadership.