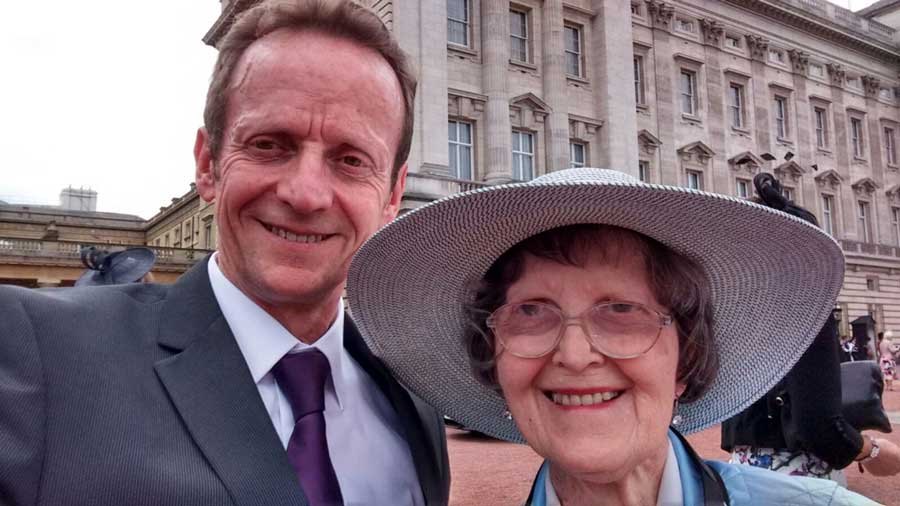 The branch secretary June Watson nominated Joan because through her community website www.warkworth.co.uk Joan has raised a substantial amount each year for the Royal British Legion Poppy Appeal.Joan was accompanied to the Palace by her son.

Joan was really thrilled and honoured to be chosen and delighted when her son Jimmy could join her. “It was a wonderful bright sunny perfect day spent in beautiful surroundings, with delicious tea, delicate cucumber sandwiches and cakes,” she said.
The Queen and most of her family were there amid the smart hats and outfits.
“It was a perfect day and so exciting especially being so close to the Queen.”

Photo by Joan Robinson – Joan and her son Jim