On a beautiful afternoon, Saturday 27 May, a large crowd gathered to witness the naming of Amble’s new Shannon Class lifeboat. Chairman of the Amble Station, John Young, welcomed the guests who included friends and family of the late Elizabeth and Leonard Brumfield. Ellington Colliery Band provided music for the occasion. 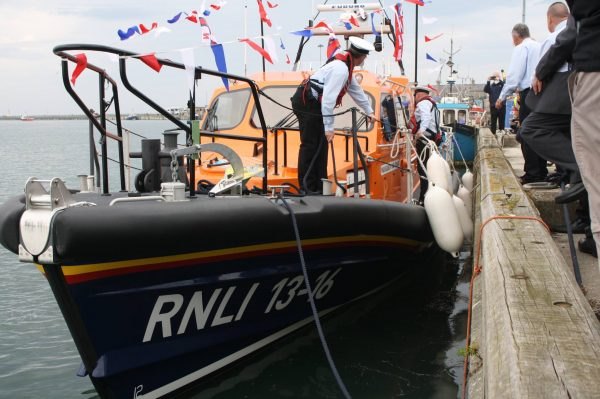 The Elizabeth and Leonard is Amble’s new lifeboat

Dianne Loveridge, God daughter of Elizabeth Brumfield, then handed the lifeboat over to the RNLI. She said, “It was a privilege and a pleasure to be here on this occasion.” She was proud of what Elizabeth and Leonard had achieved and said “Elizabeth would have been amazed and excited, by all that has happened.” 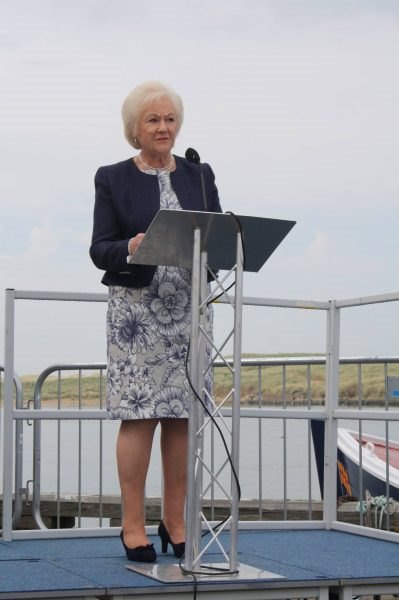 Dianne Loverage officially handed over the lifeboat to the RNLI

Accepting the vessel on behalf of the RNLI, Robbie Warrington, Head of Lifesaving Support, commended all our lifeboat men to the assembly. He told us “The new craft had already been launched five times and will give vital service long into the future. It is hugely capable, it can go out in any weather, and looks after the crew better than the previous vessel.”
In years past, the lifeboat was crewed by local fishermen, now the volunteers come from all
walks of life.

In accepting the boat on behalf of the Amble Station, John Wingfield, Lifeboat Operations Manager, thanked the family and friends of Elizabeth who had come along. He said he was grateful to the estate of Elizabeth Brumfield and all the fundraisers, including ALF (Amble Lifeboat Fundraisers), and local businesses and donors, who between them had raised, ‘a phenomenal amount of money.’

He promised the lifeboat would be well looked after. The service of dedication was conducted by the Revd. Gillian Harwood, a former vicar of Amble. Dianne Loveridge, then formally named the lifeboat ‘Elizabeth and Leonard.’
The crew then put her through her paces to show us what she was capable of. She is powered by jet propulsion enabling her to go forwards (ahead), backwards (astern) and even sideways, and she can turn in a complete circle in a very small space.

Closing the ceremony, Dr. Paul Creighton thanked everyone who had made the day possible; the RNLI, the fundraisers, the crew and all those who support them onshore.

He made particular reference to Rodney Burge, who many years ago, when it looked like the RNLI might close our station, said to the visiting Admiral, “We was here afore ye!” making reference to the fact that as a coal port Amble had always supported its seamen and had a lifeboat before the RNLI came into being. He firmly believes that if not for Rodney’s intervention, this ceremony would not have been possible. 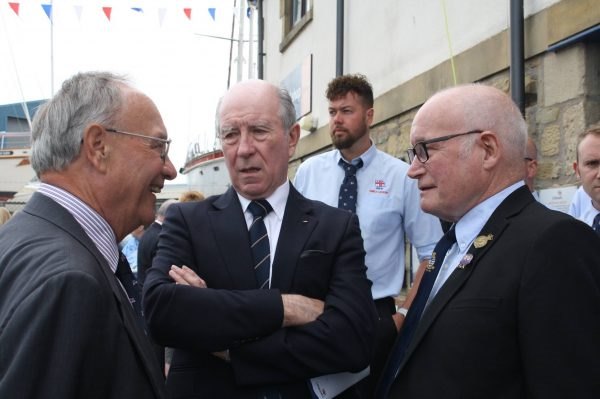 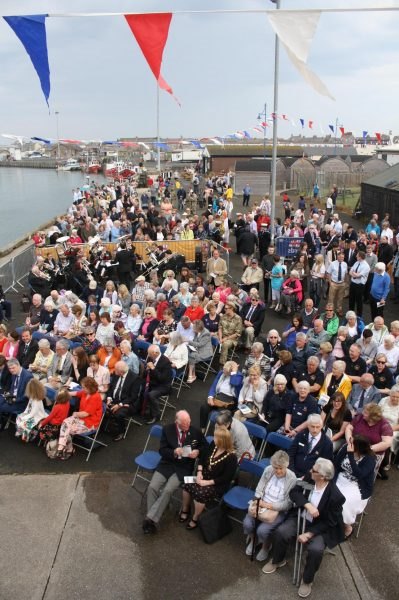 Crowds at the naming ceremony

One thought on "‘Elizabeth and Leonard’s’ official naming ceremony"