Congratulations to Rodney Burge who has been awarded a medal by the RNLI, for 50 years of service.

Rodney joined the Amble Lifeboat in 1969 after leaving the Royal Navy.

He told The Ambler, “Even when I was a little laddie I always wanted to join the lifeboat. I went in to the Navy when I was 15, left when I was 24 and volunteered straight away. It’s always been part of my life.” 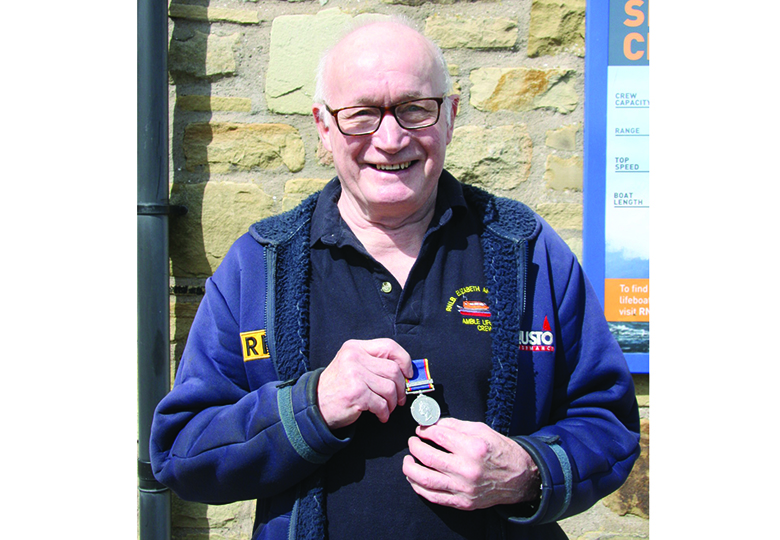 Rodney was born and raised in Amble, and joined the Navy in 1960, aged 15. Over the next nine years, he served on HMS Vernon, HMS Monkton, HMS Grafton, HMS Surprise and the submarines HMS Tiptoe, HMS Aurochs and HMS Dreadnought.

After leaving the Navy, he bought a trawler and turned his sights to fishing.

Rodney retired from the crew in 1999, and became Amble Lifeboat Station’s deputy launching authority, after which, in 2008, he progressed to lifeboat operations manager. In 2015, he became the station’s training coordinator.

Most recently he became Amble RNLI’s press officer, and wrote a book, “Amble and Hauxley Lifeboat Station” published by the RNLI.

In 2017, Amble took ownership of a £2M Shannon-class lifeboat the Elizabeth and Leonard. At the official naming ceremony, Rodney was singled out for praise:

Closing the ceremony, Dr. Paul Creighton thanked everyone who had made the day possible; the RNLI, the fundraisers, the crew and all those who support them onshore.
He made particular reference to Rodney Burge, who many years ago, when it looked like the RNLI might close our station, said to the visiting Admiral, “We was here afore ye!” making reference to the fact that as a coal port Amble had always supported its seamen and had a lifeboat before the RNLI came into being. He firmly believes that if not for Rodney’s intervention, this ceremony would not have been possible. 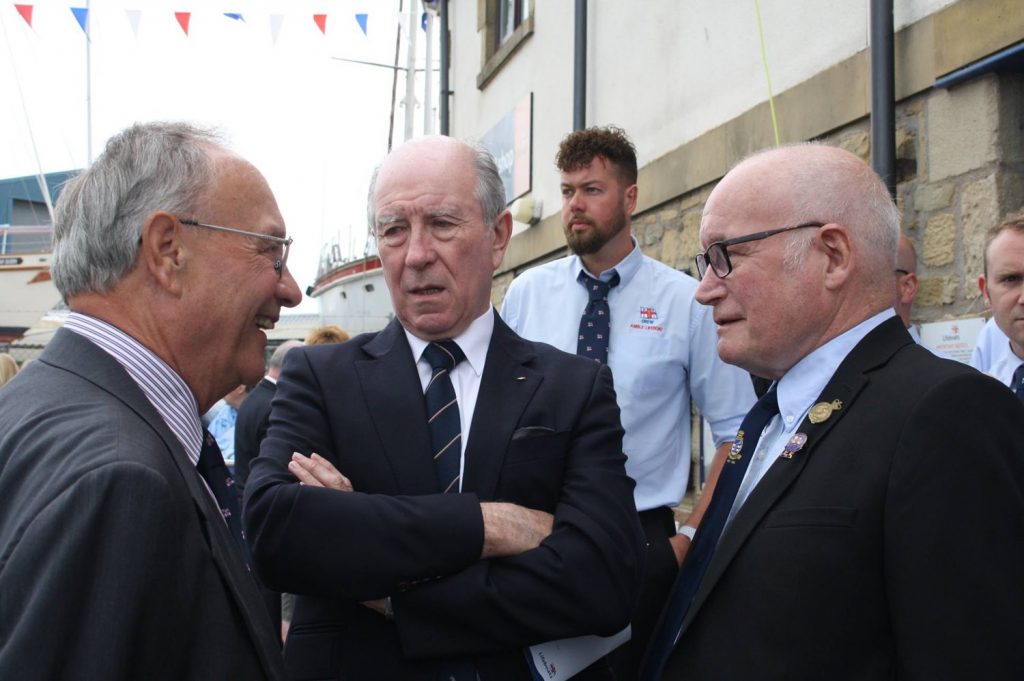 Rodney Burge talking to Dr Paul Creighton (centre) and John Young, at the naming ceremony of the Elizabeth and Leonard in 2017

A lifeboat has been part of Amble since 1842, although the station moved to Hauxley ten years later. The current lifeboat station was established in 1939, and since then Amble lifeboat crew have been presented with 18 awards for gallantry, including the first ever medals to be awarded for a rescue in an inshore lifeboat.

Asked about how he felt serving for such a long period of time, Rodney joked: “I’m sure there’s a fair few of the crew think I’ve been here longer than 50 years.”