The tale of the Hauxley weather vane 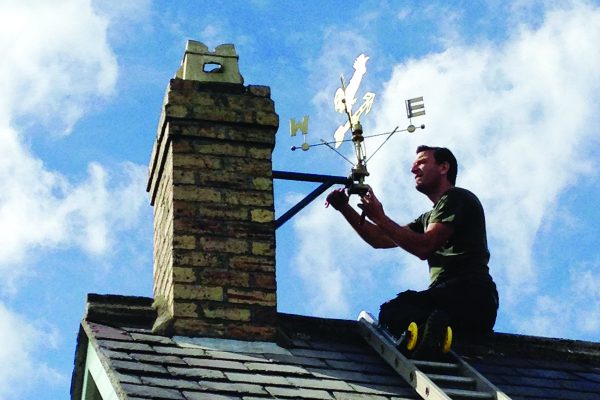 One of the many things I like about my work as a local handyman, is that I often come across very random and interesting things kicking around in people’s houses and garages.

In the case of the weather vane, Heather May’s father had passed away, and she was struggling through an entire household of fascinating items that had been collected from all over the world by her seafaring father.

When he retired, Ian May was Chief engineer for Cunard Lines, so as well as being very well travelled, he was also a highly skilled engineer.

When I first laid eyes on the weather vane it was sat in a laundry basket, awaiting a decision to be made regarding its future. I could see immediately that it had been beautifully engineered with high quality materials and bearings. I suggested mounting it on a post in her yard but she did not seem keen.

When I hinted that it would be great to have it in Hauxley Village, Heather was thrilled with the idea, which her father would have loved.

The best person to talk to about anything regarding Low Hauxley is Andy Wilkinson, who has lived there all his life. When I told him about the weather vane he liked the idea straight away. We pondered a few potential locations and settled on the Chapel chimney as the best spot. So the next task was to get permission from the folks in charge of the Chapel. Fortunately they were more than happy. 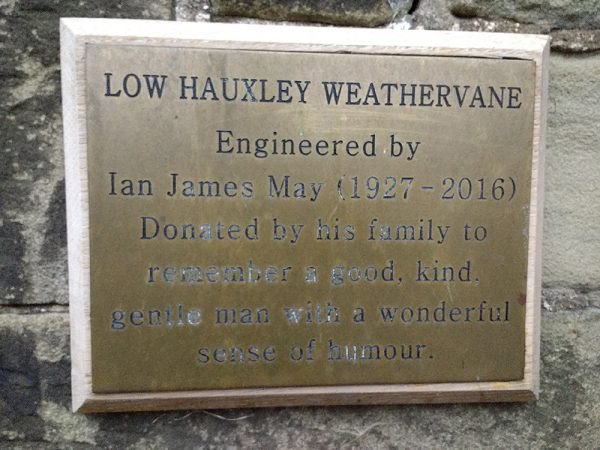 Ian May had been Chief Engineer for Cunard Lines

Dave Palmer, from DRP Metalwork in Amble, made a special bracket, and I borrowed a roof ladder from High Hauxley Hall to get up the roof itself. I then had to mark and drill holes and get the vane attached to the chimney stack without falling off!

Once the weather vane was firmly in place it looked resplendent in the sun, but we felt there also needed to be a memorial plaque.

A spare piece of sheet bronze from Heather was cut to size by GV Engineering in Amble, then laser etched by Sports World in Alnwick with a text composed by Heather and her sister.

Meanwhile I got a piece of oak from Steven Thirlwell Joinery in Amble and prepared it as a mounting plate. The plaque is now installed on the chapel wall.

Well I never would have thought how much work my simple suggestion would create, but now it is all finished I am delighted to have contributed something to the wonderful village that has become my home.