Community theatre: is it for me? 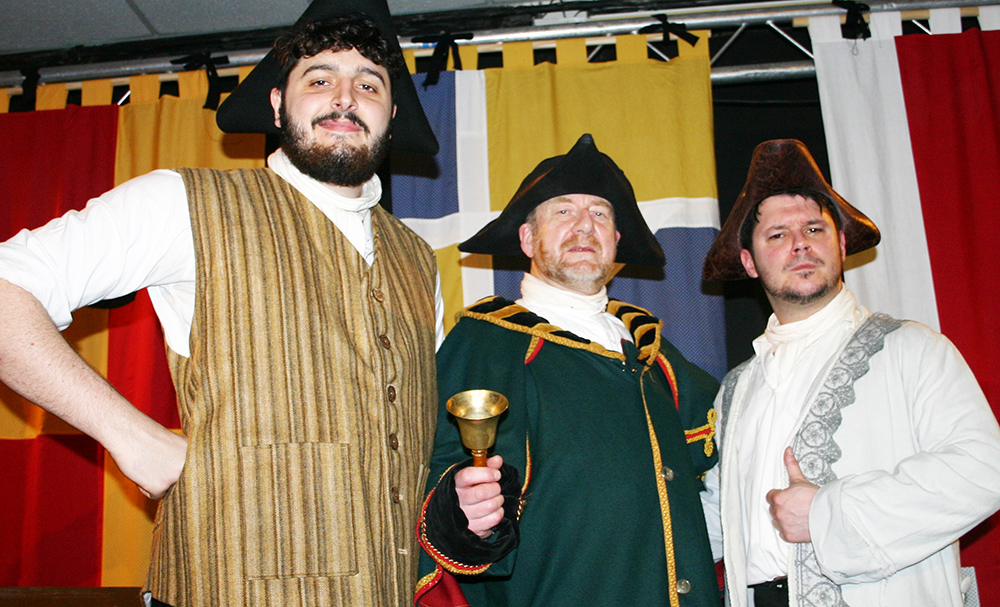 l-r: David McCarthy, Stewart Howson and Louis Roberts in NTC’s “The disasters of Johnny Armstrong and other Daft Tales” Photo by Bart Rippon

What is Community Theatre would you say? Is it an attempt to reach communities who would not normally go to the theatre? Is it a professional company telling a story relevant to the community? Is it involving the community in exploring issues, making their voice heard?

Perhaps it’s trying to get a community to think in a different way about itself. Or is it giving a chance to actors and performers who are not seen so often?

It can be one or more or all of these things. In Amble we are served by Highlights Rural Touring Scheme and now by the Northumberland Theatre Company, which has recently moved into the Dovecote Centre. Highlights puts on a couple of performances a year in the Parish Hall. I have seen them all since I came to live here. They have all been good. One was the best thing I have ever seen on any stage anywhere.

Who comes to these performances?
The majority of the audience are people like me who normally go to the theatre and would go out of their way to see something a bit different, but there are some who come because it is local and because they are curious.

They come for a good night out. It is like going to see a new live band who write their own songs, compared to a covers band. I want to come out of a performance feeling differently from when I went in. This is because I have been stimulated either emotionally or intellectually. I might have learned something or I might just feel happier.

Why don’t more people come?
I have asked people this question. Their answers range from ‘I was settled in front of the TV’ to ‘I’m not interested.’

One man told me that he found live theatre amateurish because he had been spoiled by the slick productions of TV and cinema. Some people are afraid: of the cost, they fear that they wouldn’t fit in, they have nobody to go with or because they have never been before.

But what would you gain?
A night out. Entertainment. Meeting new people. You might learn something new. You might see things differently. You might just have a good laugh. Now that’s got to be good hasn’t it? Go on. Give it a go. Support live stuff. Support actors and musicians. Support your local community.

The next Highlights production is Dan Walsh and Alistair Anderson, two of the most dynamic musicians in folk music appearing at Amble Parish Hall on Saturday 9 June at 7.30pm.