Those who watched the introductory video to the opening ceremony of the World Cup in Russia may have noticed kites flying above the Russian skyline forming a giant football. 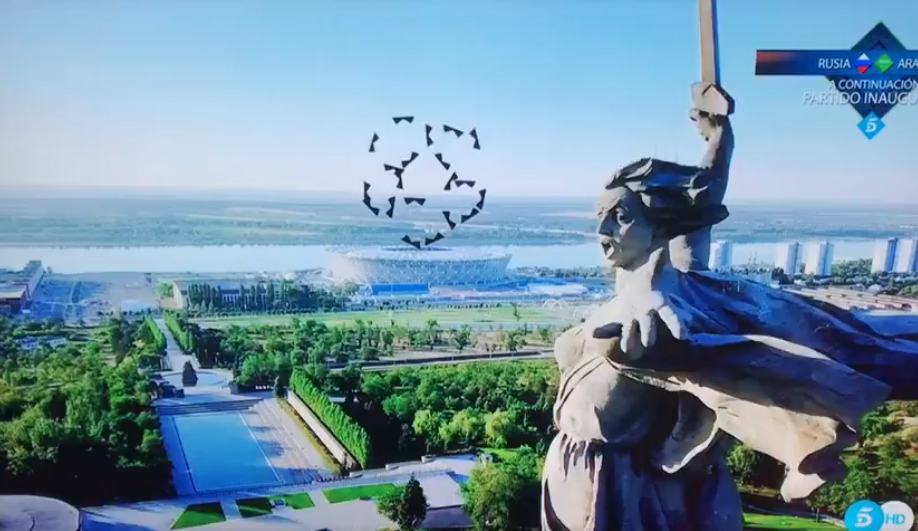 Kites were used in the World Cup opening ceremony to form a giant football.

Tom Greenfield who lives in Amble was one of the talented team of kiteflyers brought together from all over the world to fly 4 line revolution kites in formation to create the giant football in the sky. 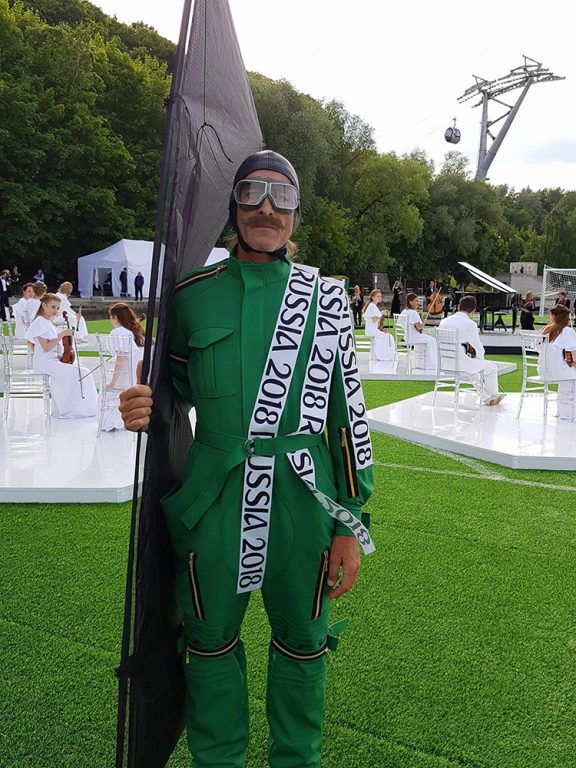 Tom spent a week in Moscow rehearsing and filming, in challenging wind conditions, flying on a pontoon in the river in front of the Luzhniki stadium.

A quad line is different to other kites in that it can be controlled by the flier and flown in formation to music. The football shape made by the team in Moscow was an extremely hard shape to achieve in low wind conditions, and involved many hours of practice, with each flier having to be extremely precise.

Tom has been flying kites for many years and is a member of the world famous quad line kite team The Decorators, who perform at festivals and events all over the world. He is also UK quad line pairs champion, flying as part of Team Amalgamation. He can often be seen practicing on the Braid or on the beaches around Amble and Druridge Bay. 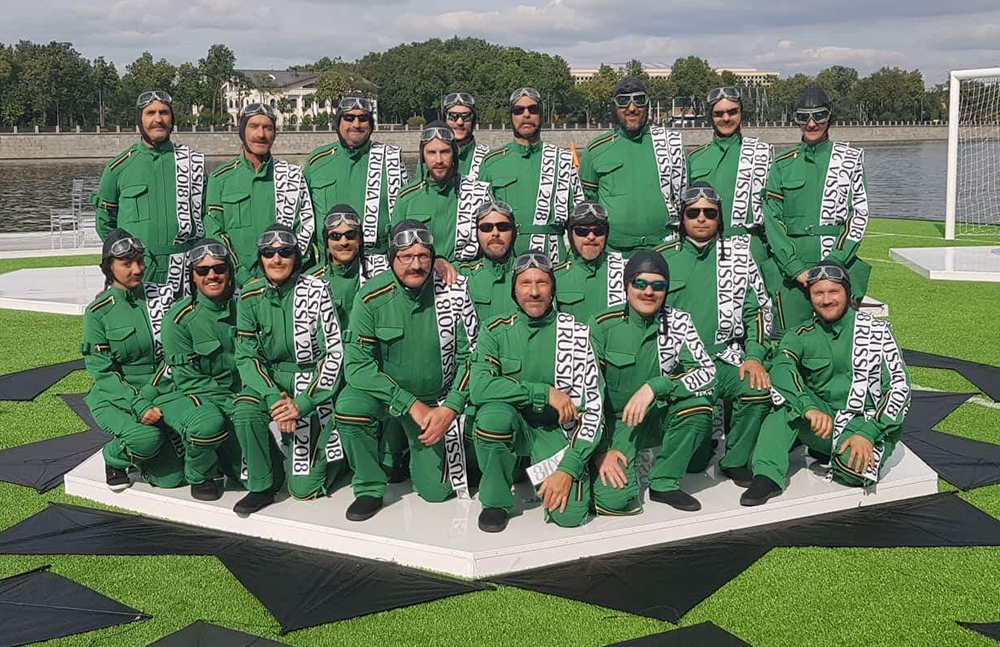 The kite flying team (men and women) dressed up with moustaches and flying googles.