The sky was grey and the sea was cold. Despite better than average temperatures for Northumberland in May, it was hardly the Med. Enter two intrepid women with a mission to re-create a historical swim, and explore the possibility of reinstating it as a local event. The Coquet Island swim challenge was ON! 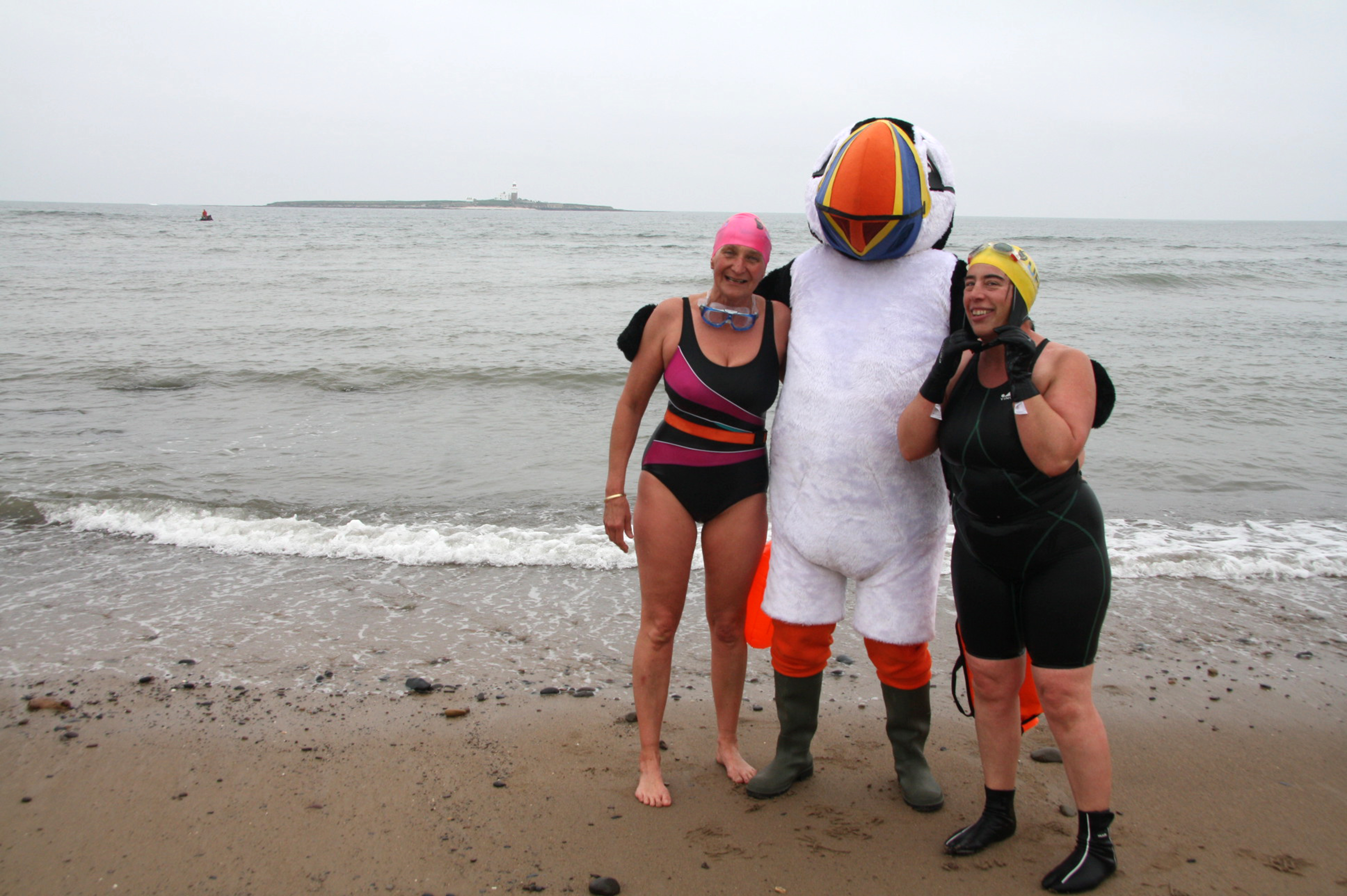 Frances Anderson and Jane Hardy are fascinating women, both with a love of wild swimming. Frances is a solo Channel swimmer, who’s also swum the Straits of Gibraltar.

Jane only learned to swim ten years ago at the age of 31, joining in with her son’s lessons; she now has a taste for marathon and ice swimming. As she says “I’m making up for lost time!”

The adventure required a great deal of planning and co-ordination, and was timed to take place just before the Puffin Festival.
Vic Brown from Coquet Shorebase Trust was consulted on her vast knowledge of tides and currents, and Paul Morrison from RSPB Coquet Island gave permission for the swim to begin at the Coquet Island jetty. 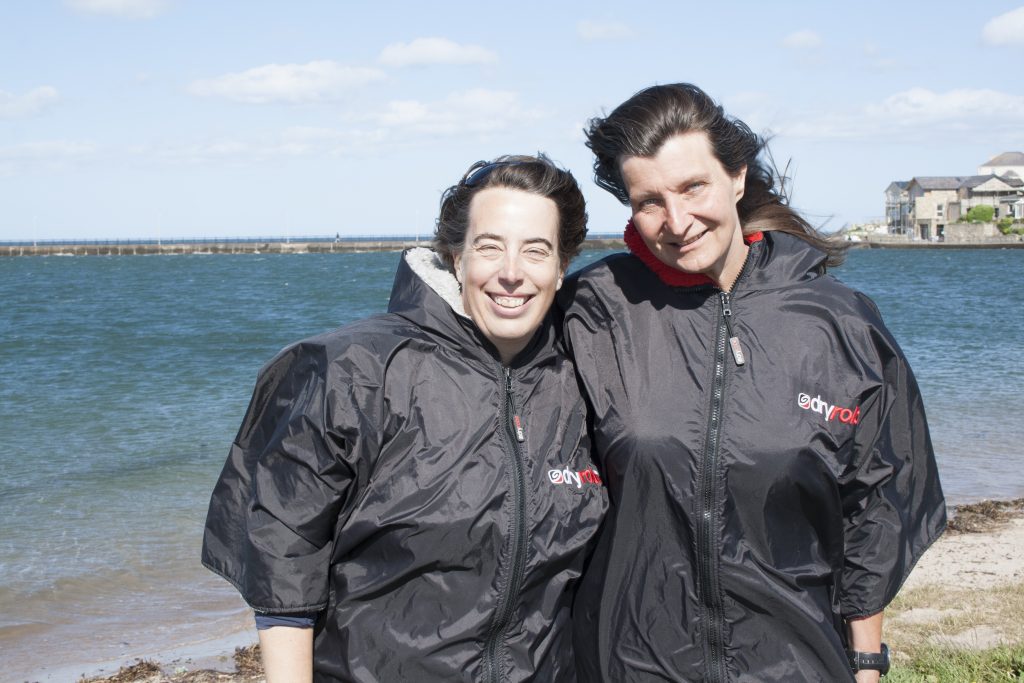 “When Jane approached us about their plans, we did a comprehensive risk assessment, and worked out the best time for the tides,” Vic told The Ambler. “We had every confidence in their ability to do the swim; it would just be a case of assessing the sea conditions on the day, before making a final decision to go ahead. We were very impressed with their approach to safety, and it was great that it all worked out perfectly.”

The Coquet Island swim was inspired by the achievements of local women swimmers from Amble Swimming Club in the 1900s; Rene Hall and Bella Bailey, the first women to swim to the island, and in 1923 Georgina Rollo, who swam out of Amble harbour, round the island and back, beating everyone else to win the Amble club championship race.

“We were very impressed with the phenomenal achievements of the female swimmers at a time when swimming was seen as a pursuit for men and boys,” said Frances.

“I’m involved in a heritage project at the moment and the historical swimming ties in with that. We would love to get something like that going again. Open water swimming is massive now. We obviously needed to test it out, but we’ll definitely be looking at doing something again next year.”

Jane agreed: “The sea temperature was pretty cold, it was 8 degrees, which is only a bit higher than when I do ice swimming. It took us 42 minutes, which isn’t bad in that temperature. The swim is totally doable, but it might need to be an invitation-only event.”

As experienced open water swimmers they didn’t wear wetsuits; a badge of honour for people who take this extreme sport seriously. The pair stressed that swimming from Coquet Island is not something to be undertaken without prior permission and a great deal of preparation. They were immensely grateful to everyone who helped them.

Did they enjoy the experience? The answers were mixed.

“Not especially. It was cold for me,” said Frances, “because I was just getting over a chest infection and I still felt a bit poorly.”

Jane grinned. ”It was good for me, because she’s a faster swimmer than me and I am used to the cold water. I thought she’d be miles ahead, but we kept together all the way.”

Frances and Jane would like to thank: “Vic Brown and Coquet Shorebase for boats and fabulous crew
Paul Morrison and the other wardens on Coquet Island John Lester – swim safety/ lifeguard
Martin Horn – Giant Puffin meeting and greeting
Puffin Swim – for providing puffin tow floats and hats
Dorothy Mills – looking after kit and helping us off with wet clothes and warming up hugs
Bartle Rippon – photographer from The Ambler
Julia Aston at Amble Development Trust – for fabulous information about Georgina Rollo and swim.
Amble Coastguards – for standing by just in case and for wearing high viz jackets so we could see where to swim to!
The Old Storehouse – for providing us with free tea and coffee to warm up.
… and thanks to everyone who came down to witness our arrival and cheer us on.”