Amble food producers feature in trip to Houses of Parliament

Food and drink producers from Northumberland travelled to a special promotional event in the Houses of Parliament in June. 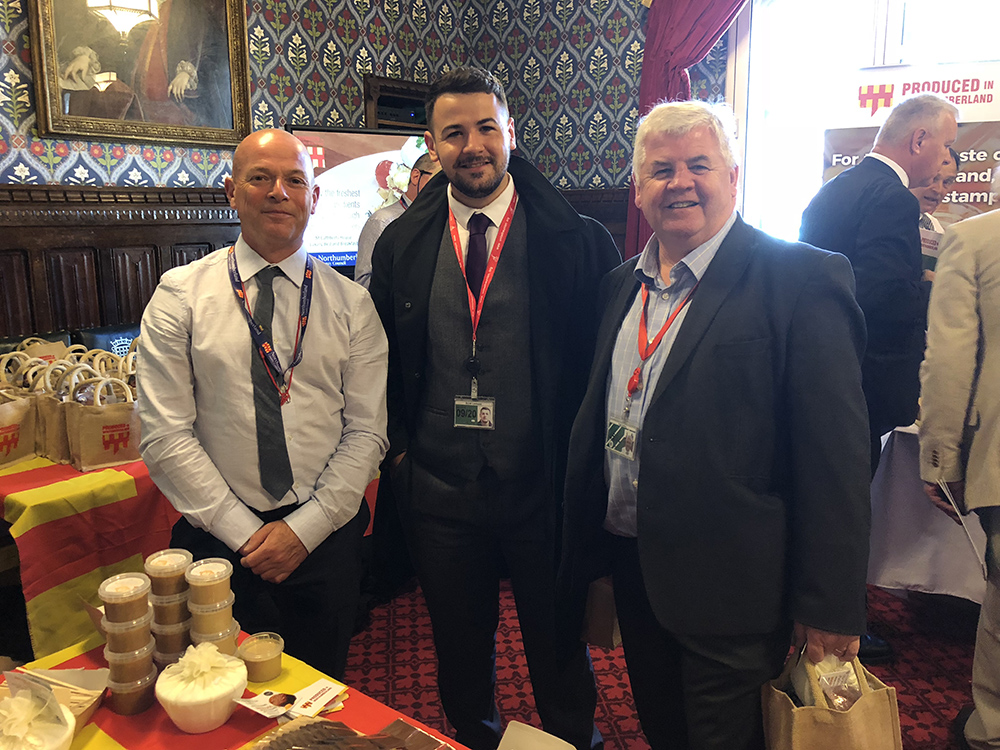 Martin Charlton (left) with Hugh Gaffney MP (right) and one of his aides. Photo: NCC communications

MPs and government ministers visited the event and were able to sample the produce and find out about the fantastic local businesses and top quality produce that is being promoted under the Produced In Northumberland brand.

Martin Charlton said “We set out to promote the best Northumberland has to offer – and we certainly did that!

It was very well attended – it was amazing – we had hundreds through the doors in the Houses of Parliament.
We were blown away with the interest in both our produce and our county. And that was what it was all about – promoting and raising awareness about Northumberland.”

He praised the organisers and the MPs of all parties who came to support the event.

Jake Berry, Northern Powerhouse Minister said “I think it’s so important we bring the producers and businesses of Northumberland here to Parliament.”

He spoke about the importance of upcoming devolution for the North of the Tyne, and the opportunities in the Borderlands deal which will encourage co-operation between businesses on both sides of the border.
Sadly the event had to be curtailed halfway through, as Guy Opperman MP for Hexham announced that the Prime Minister needed the room, so they were all asked to leave early.
Anna Williams