A protection zone for a bird with historic ties to Northumberland – following an appeal by Berwick’s MP – has been described as a ‘sledgehammer to crack a nut’.

A consultation has recently closed on a Government proposal to introduce another Marine Conservation Zone (MCZ), running from Berwick to St Mary’s at Whitley Bay, in order to protect the eider duck.

It followed calls for the bird, known locally as Cuddy ducks after St Cuthbert, to receive greater protection by Conservative MP Anne-Marie Trevelyan in the House of Commons in February. 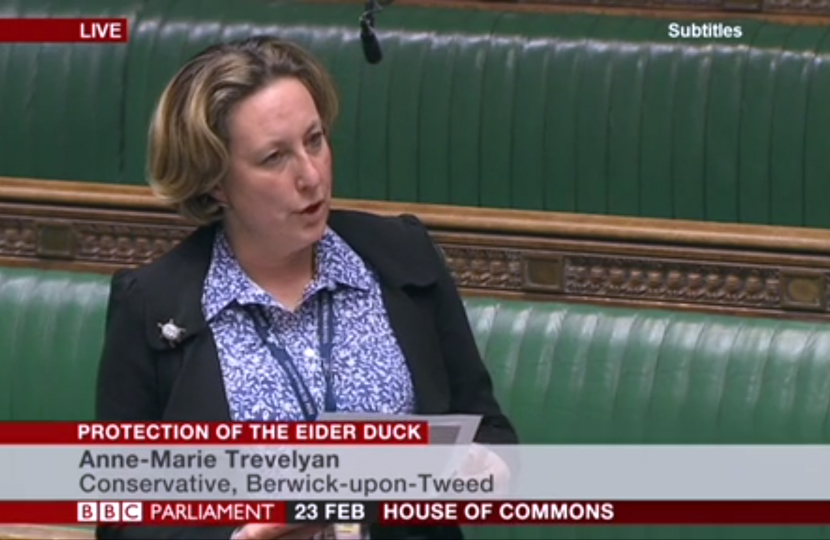 The proposal was discussed at the quarterly meeting of the Northumberland Inshore Fisheries and Conservation Authority (NIFCA).

Jon Green, the deputy chief officer (environmental), said: “We don’t think it’s the most appropriate way of protecting the eider duck, particularly because they haven’t identified estuary areas which are extremely important, and we think it could more focused on the specific areas, rather than this massive area.”

Chairman Les Weller said: “A lot of you thought, as I did initially, that it was an extension to the current MCZ (also Berwick to St Mary’s), which it isn’t. We said in the consultation response that the name is confusing.

“It seems like a sledgehammer to crack a nut, to make a massive MCZ for one highly mobile species.”

If approved, Northumberland County Council would be responsible for the new MCZ and would have to introduce by-laws. The main restrictions would likely be on recreational activities such as jet-skiing.

Wildlife expert Steve Lowe said: “To suggest it’s just recreational activity is open to challenge, because there’s so many other issues. It’s too simple to say it’s because of this or that, it’s a complex issue.

“It seems to be driving a coach and horses through the MCZs we have already, which were hard won.”