This month we meet Joanne Stone from Amble Netball Team 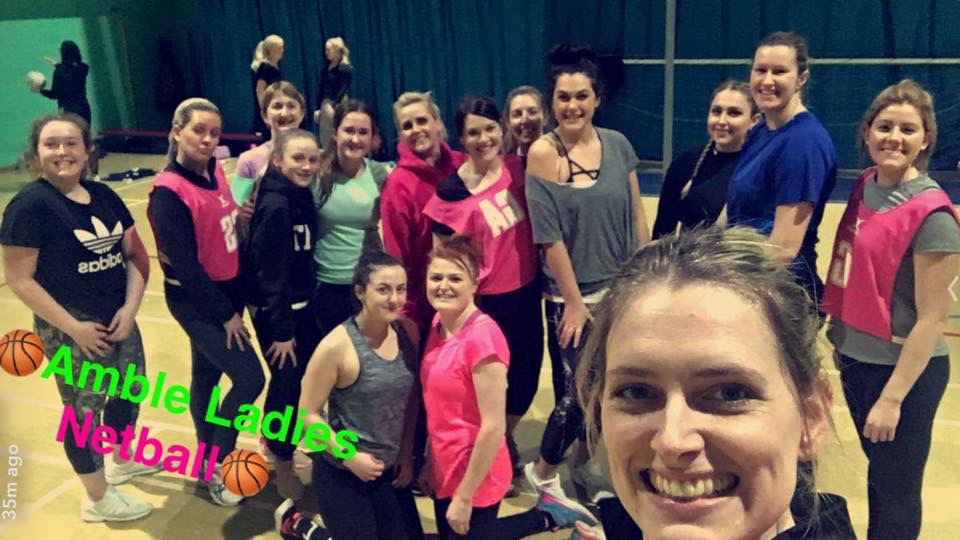 What do you do in your club?
Thursdays is netball practice but for those wanting to go further, some of us also compete in the Northumberland Netball League.

Who might be interested in joining your club?
It’s exercise in disguise! We’ve got mothers and daughters, work colleagues. Anyone (female or male) is welcome and it’s open to all levels of fitness. We’re a really sociable club. You do need trainers and sports wear.
Why netball is good for you:
*High intensity aerobic fitness
*Improve coordination skills
*Make new friends
*Learn to work as a team
*Reduce stress
*Boost self confidence
*Learn to be focused

What’s the best thing about your club?
“I just love it,” said Joanne Stone, one of the club organisers. “I’ve played netball since school. It’s not just a fitness class, we all love playing netball together. It’s a really friendly club.
Often you hear people say, ‘Oh I loved playing netball at school!’ I say to them: ‘So come along – it’s still the same sport!’ And you don’t need to get your fitness sorted first. We have a buddy scheme when you first start to ensure new people feel included.”