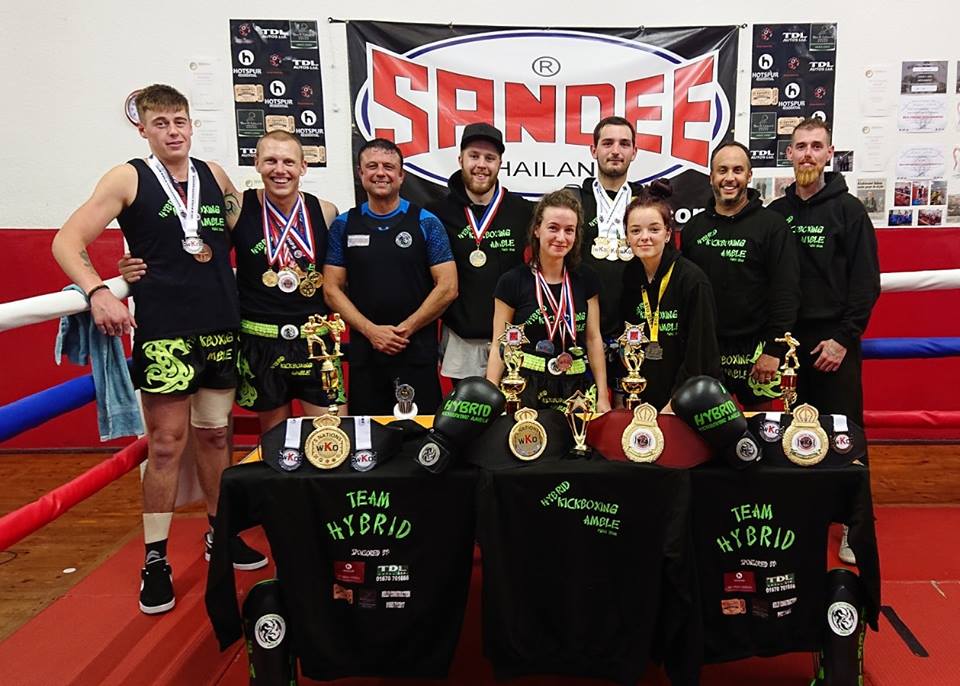 The Ambler met Adam White from Hybrid Kickboxing, Amble to find out more about the club

When and where do you meet?
Every Tuesday and Thursday, 6pm-8pm. At the Sports and Development Club (Old Boys’ Club)

What do you do in your club?
Circuit training followed by kick boxing drills. There are around 12-18 people per class, and fighting is divided into weight categories. Club members sometimes spar with other clubs.

Is there an age range?
The minimum age is 9yrs

How long has it been running?
The club was started two years ago by kickboxer Adam White.
He began training in the Sanda style of Chinese boxing, and he set up the club when his coach retired. Adam said: “I started kickboxing to increase my fitness. Since I began coaching I now have 12 national titles. It’s an obsession. Some people need a focus. One club member was struggling with a lack of direction. He could have turned into a troublemaker. But he’s won three championships, he’s represented England, and won three world titles in a very short time.”
Adam is level 2 qualified through the British and Chinese Council of Martial Arts. He’s also part of the World Kickboxing Organisation.

Who might be interested in joining your club?
Men and women who want to learn something new, or to try a new way to get fit or increase their fitness. All equipment is provided, and no specialist knowledge is needed.

What’s the best thing about your club?
“It becomes an obsession. Regardless of your background, you become part of the family. It’s a totally non-judgemental, non-ego environment.”

How do I contact the club?
Email Adam’s dad: Allan White: whitea13@sky.com or find them on facebook: