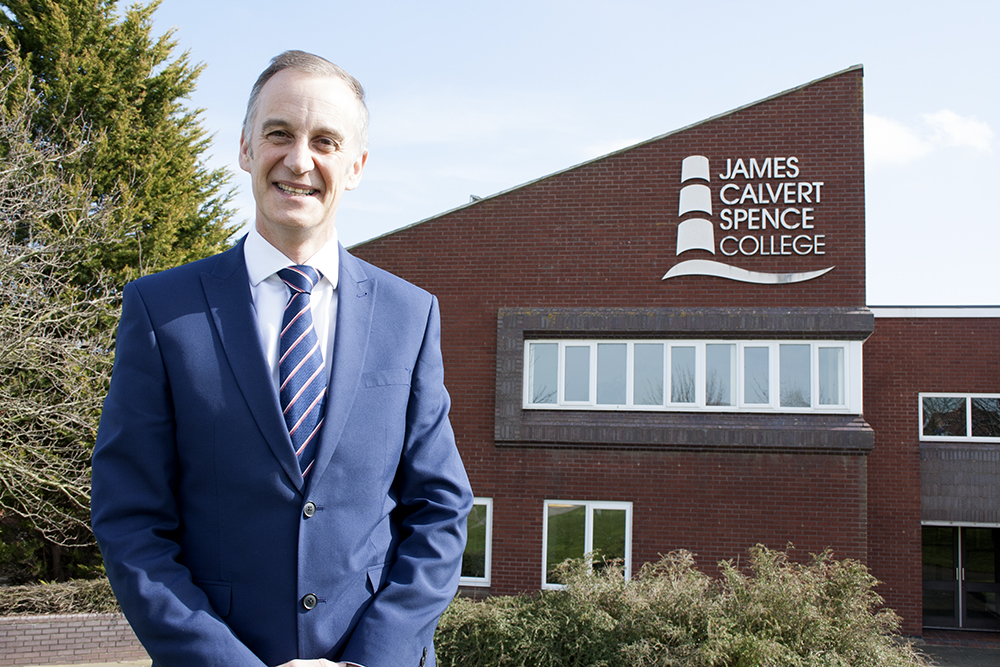 Only a few weeks ago, Northumberland County Council announced a huge investment of money for James Calvert Spence College, to help improve the school building and provide brand new facilities for both the students and the community. It’s undoubtedly exciting, but not much is known yet, even by the school.

However, there are already plans being made and ideas for what to do with this new investment. Executive headteacher Neil Rodgers explained what he knew. “We met with people from the county council last week who told us that they had earmarked around £12 million, which is great news.

“It means that we can start to really think about what we want our school to look like in the future. It’s an amount of money that will allow us to refurbish and extend the high school site and hopefully get both the high school and middle school onto one site.”

“I’m really excited,” he told us. “I suppose I was a little bit anxious about whether we would get it because the news broke over half-term that this investment was coming our way and, at that point, I didn’t know how much it was going to be. We only got so far last time but I feel really excited now after meeting with people from the council. I’m reassured and happy that Amble and the surrounding area’s going to get a school that I think it deserves.”

This money coming to the school has raised doubts in some people’s minds, after a similar investment was promised two years ago which didn’t end up going ahead.

When asked about this, Neil expressed how reassured he felt about these new plans. “We’ve been assured by the people at the council that they have the money earmarked for us. Before, I think there was a change in administration. The council was Labour when we got so far down this route, but then it changed to Conservative, and with new leaders comes new priorities.”

When asked what he believed the most important change to be made was, Neil said, “I think that my priority for this money is to find out what the staff, the students and the parents would really like to see in the school.”

He added, “the school should be what its community wants, rather than the community have to just take what the school has to offer.”

“There are some parts of the school that don’t work. We’re looking at quite a radical change in design to make it function better as a school, so that we’ve got a nice, welcoming entrance and nice social areas for students to come in and be around when it’s cold. Those are priorities for me. That it’s a school that’s comforting, safe and welcoming for the children who come to it every day. What that looks like will be up to them.”

He also explained his interest in making the new design for JCSC benefit the community too.

“Especially with the new houses being built nearby, we’re thinking it would be nice to extend the community facilities so there’s more things for people to do. That also means there’s more facilities for the students to use throughout the school day. It’s just trying to funnel all these ideas into the ideal school for everyone.”
Lily Tibbitts