After the death of Oscar the Pod cat in February, two memorial plaques were placed in the Harbour Village where he spent most of his time. After the memorials were paid for, there was still some money left over to the grand sum of £528.10! Oscar’s foster parents Guy Nutting, Lynne Morelli, Laura Hardy, Ashley Sims and Paul Rigby considered what to do with the remaining money.

Half was given to local charity PARRT, the People’s Animal Rescue and Rehoming Team, and the remaining amount was given to the PDSA.

Lynne Morelli, one of Oscar’s ‘parents’, said “We chose PARRT as it is good to support a local charity, and we chose the PDSA as they support vet bills for those who are unable to pay,” which was important given Oscar’s unfortunate health issues the year prior. 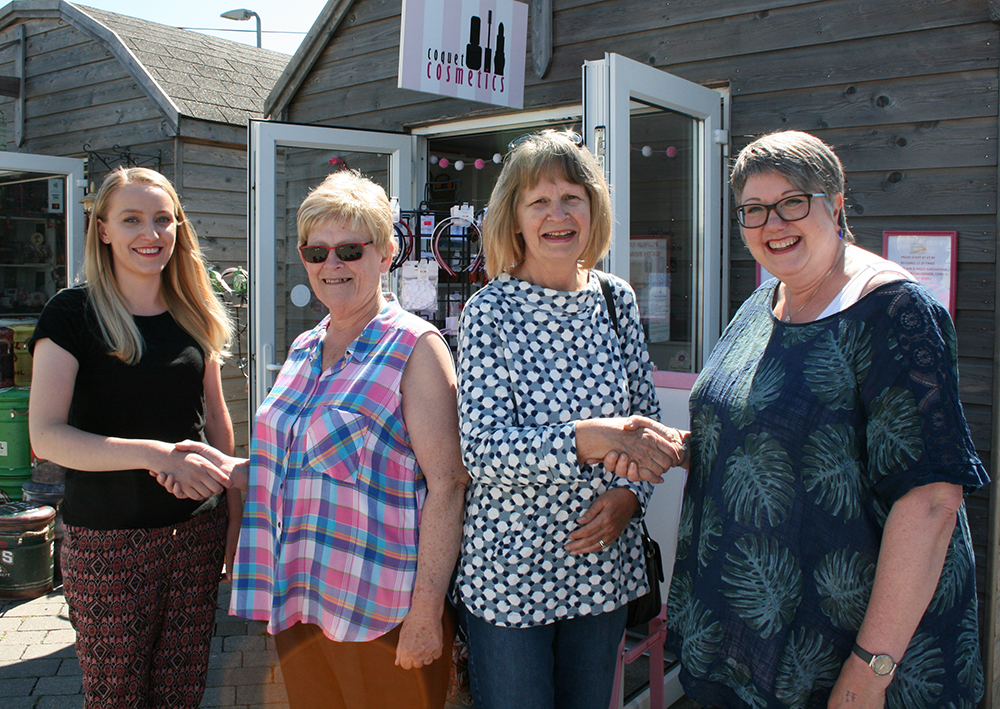 Lynne hand drew hundreds of cards of Oscar which garnered lots of interest both at the Harbour Village and on Facebook, and the contributions from these cards made up the bulk of the donations.

Sheila Poole and Judith Taylor from PARRT, were more than happy to accept the donation. Sheila said “They rang us and we said yes please!” PARRT has been going since 1998 and works to rehome small animals whose owners are unable to care for them. They have rehomed at least 20,000 animals, including snakes but mostly cats, although the number of animals coming to PARRT’s door has been going down.

Oscar is still a fondly remembered figure in the Harbour Village, as Coquet Cosmetics pod owner Laura Hardy commented; “He still has fans coming up to the village and people still talk about him quite regularly.”

You can support PARRT by visiting the shop on Queen Street or visiting their Facebook page. The PDSA have their own website that you can visit.