An Amble surfer has thanked the friends who saved his life after an accident at the harbour mouth on 5 November. Liam Shipperlee was surfing with his friends in the Little Shore, but ended up being swept into the Triangle, a notorious area between the pier and the breakwater, well known for its dangerous currents and hidden rocks. 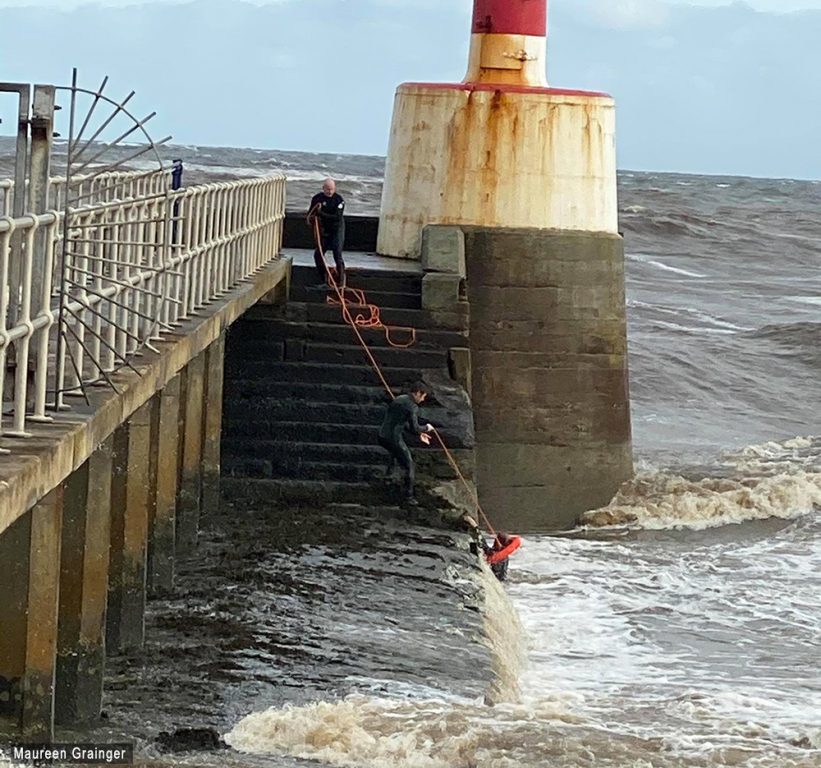 Darryn Wade and Jon Nolan throw a life belt to surfer Liam Shipperlee who was swept into the Triangle at Amble harbour mouth. Photo by Maureen Grainger

He described his terrifying ordeal to The Ambler, “We were surfing in the Little Shore but I pushed outside to the harbour mouth. I was surfing the waves coming in as they were about 5ft. One of the waves wiped me out and my board snapped in half. Because of the strong current pushing for low tide, I got swept out. That current pushes back around into the Triangle and forces you against the rocks. I was in for about 15 minutes swimming under the waves while there were about 15 people standing watching.”

An onlooker reported the incident to the coastguard, who notified Amble RNLI. Inshore lifeboat Mildred Holcroft was launched and the crew appeared on the scene within minutes of being called. In the meantime, two of Liam’s friends ran to help.

Jon Nolan said “Darryn [Wade] and I got told Liam was in danger and we ran along the pier to see what we could do. That’s when we grabbed the life ring and we climbed over the iron gate on the bridge. When I got to the end, I threw it, but the waves kept swamping him. We managed to direct him to the ring then pulled him in while big waves were smashing against the wall.” 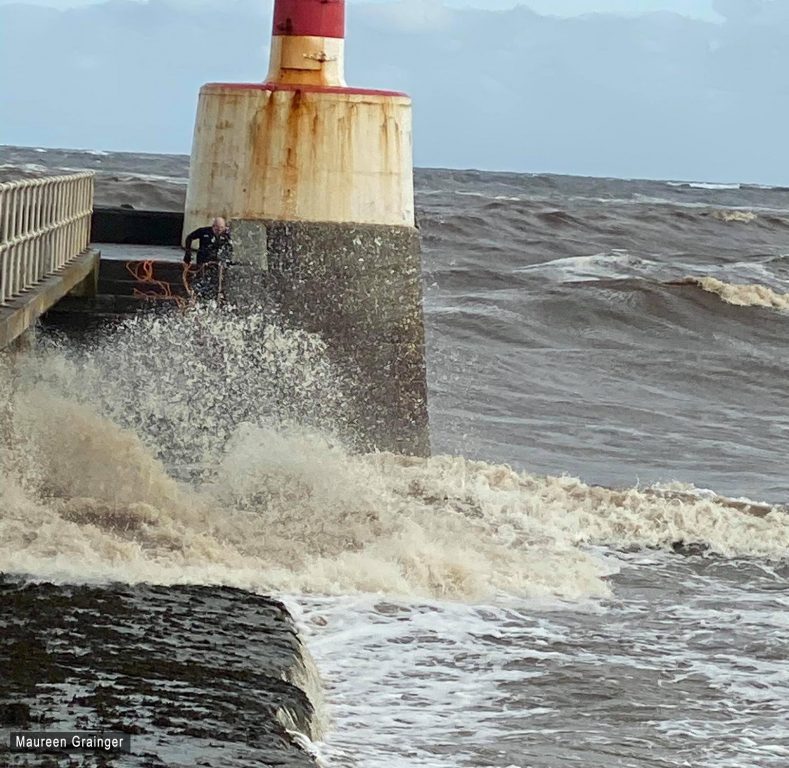 The triangle is a notorious blackspot. Photo by Maureen Grainger

The two surfers managed to drag their friend out of the water, which Liam says was not a moment too soon.

“If I was in for another minute I would have been a gonner as I had been fighting the rips for 15 minutes. I am a very experienced surfer and I was told by Jon and Darryn it’s a good thing I am experienced in the water, because anyone else in that situation would have died. I can’t thank them enough. Jon isn’t just a friend of mine he means a lot to me. We have a lot of respect for each other. I would have done the same for him. Darryn is a close friend and I want to say thank you to him and to all my friends for supporting me.” 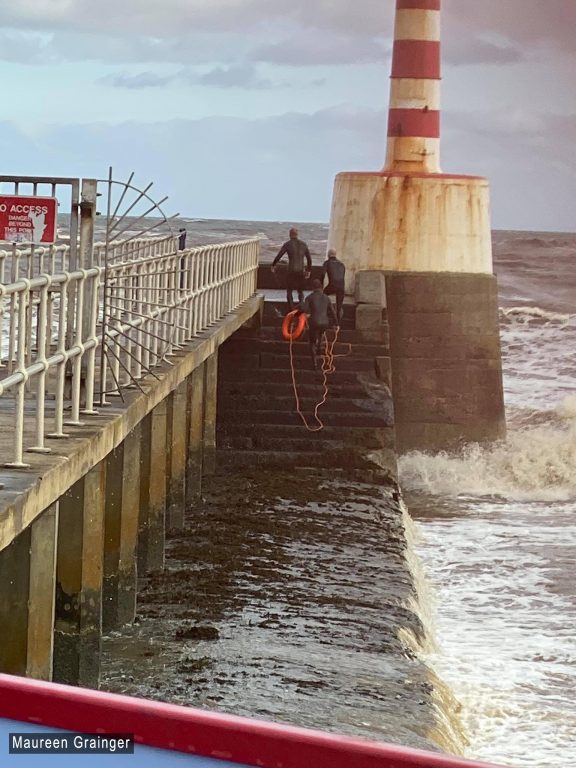 Bystander Maureen Grainger told The Ambler, “He was in a very precarious situation, the waves were crashing over him and he could easily have been swept under or into the rocks. I was originally taking photos of the waves without realising that he was there. The other surfers reacted very quickly when they realised he had been swept out and the lifeboat response time was fantastic. The RNLI arrived just as he was pulled to safety. Thank goodness there was a life ring and rope on the pier. So pleased it had a happy ending it could so easily have ended in tragedy.”

Jon said “As a surf instructor myself, I’d warn others the Triangle isn’t a surf area, there’s no safe entry or exit point, he just got swept in. So I’d say to all those that jump in the harbour that the outgoing tide means this could easily happen. It also shows just how important the life rings are.” 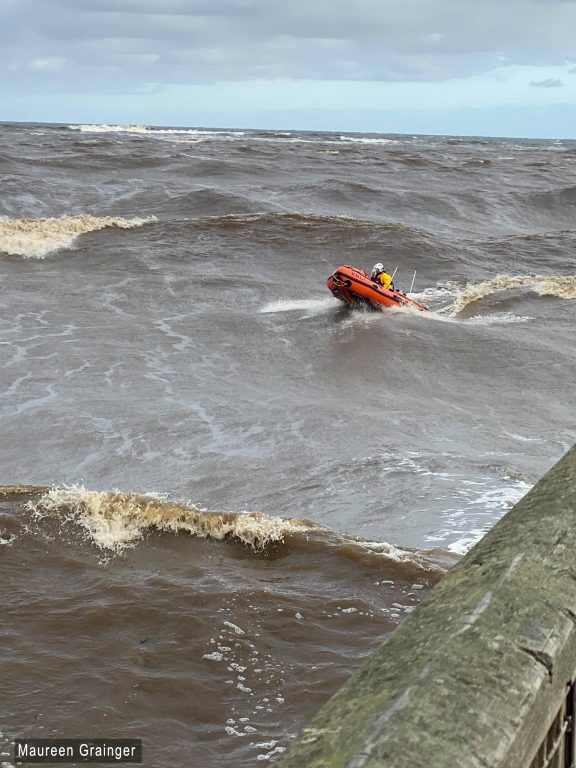 The Triangle has been the site of two fatalities in living memory, one in the late 1970s and another in 2003, which resulted in the RNLI lifeboat capsizing during a rescue attempt.

A spokesperson from Amble RNLI crew said “The coastguards checked the casualty over to make sure he was ok and gave him some safety advice before heading back to station. Remember if you see someone in trouble in or near the sea call 999 and ask for the coastguard.”

One thought on "Narrow escape by Amble surfer in notorious blackspot"