Police in Amble have had to deal with hate crimes targeting a Syrian refugee family living in the town.

The alarming news was revealed by Neighbourhood Sergeant Steve Knight during a policing and community safety update to the North Northumberland Local Area Council on Thursday (December 19). 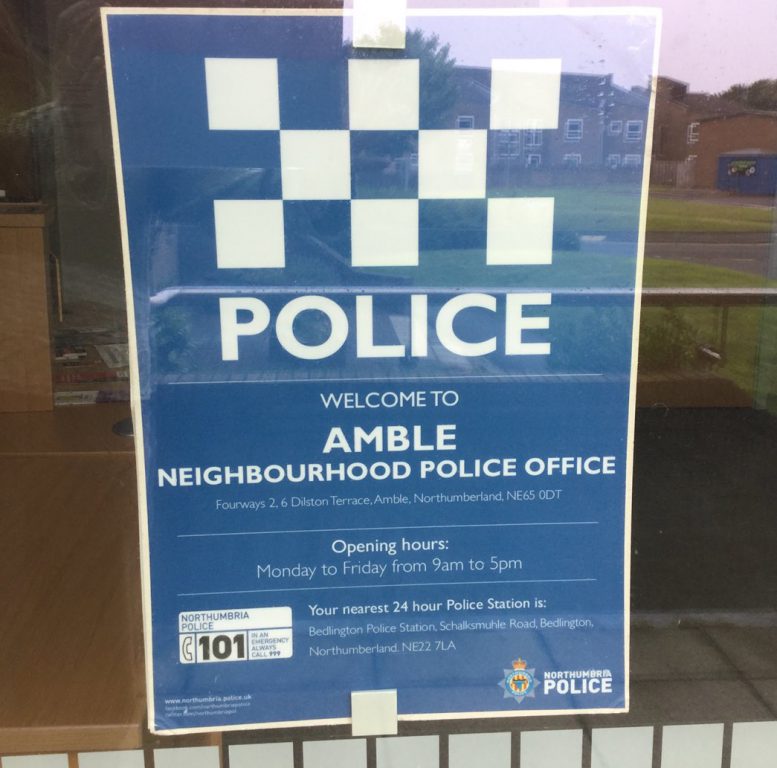 He said that crime figures in the Amble and North Broomhill areas had been quite consistent year on year, but that there had been a rise in anti-social behaviour in Amble, with additional resources deployed and dispersal notices used.

Sgt Knight went on to say that his officers had been ‘concentrating on racially-aggravated anti-social behaviour and hate crime directed at a Syrian refugee family’.

He did not wish to go into too much detail, but added that ‘a huge amount of safeguarding work’ had been put into this issue and it was still ongoing.

Back in May 2016, Northumberland County Council agreed to make an offer to the Home Office to accept up to 12 families per year fleeing the ongoing civil war in the Middle Eastern country, where the death toll could now be as high as 570,000 people.

At the meeting where that decision was taken, the then ward member for Amble, Coun Robert Arckless, said: “I hope we can be better than what I perceive to be a minority. We are very fortunate to live in a country which is safe and secure.”

Elsewhere, Sgt Sharon Wilmore-Greaves reported that crime in the Alnwick area is up by 2% (or 27 crimes) this year compared to last year, with violence against the person offences up by 12% this year and 28% this month.

Theft is also on the increase, but vehicle crime, anti-social behaviour, burglary, public-order offences and knife crime are all down.

She said that the main issues in Alnwick itself are low-level crime and anti-social behaviour, shop theft and drugs, while in the surrounding areas, it’s poaching, other rural crime and speeding.

Further north, Sgt Shona Vickers said that her Berwick patch had also seen a rise in violence against the person, ‘a lot of it linked to the night-time economy’, while also reporting work to tackle a shoplifting issue at the Tweedbank Retail Park.

She agreed that speeding was a general issue across the rural areas, while highlighting anti-social behaviour by youngsters centred on the public toilets in Seahouses and Wooler bus station.

3 thoughts on "Hate crime in Amble investigated by police"