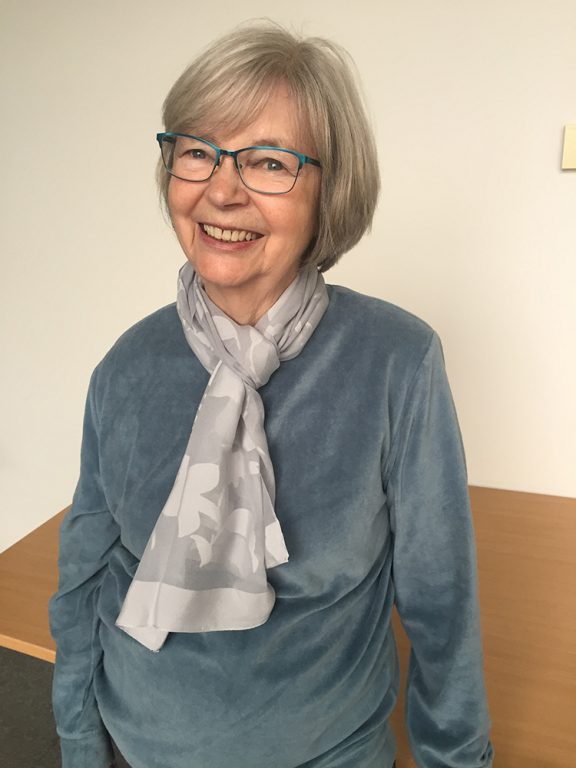 Congratulations to Norma Hinson who has been recognised as an Outstanding Volunteer award winner by adult educational organisation, the WEA.

At a ceremony in London, Norma was presented with her award, and thanked for her 46 years as Amble branch secretary. Norma joined a WEA class after moving back to Amble in the late 1960s. She enrolled on countless courses and helped publicise classes, before becoming branch secretary in the early 1970s.

The WEA praised Norma’s commitment to the organisation: “She continuously promoted the WEA, and this is evident in the many years the class has seen new students, new tutors and new members of staff.

Norma encouraged members of the community to attend local WEA classes by highlighting the importance of continuous adult education and the benefits this brings. She helped create an atmosphere in which friendships could flourish and continue outside the classroom.

Norma has dedicated time and enthusiasm and is very modest about her role. But without her as secretary, Amble branch and their classes would not have been sustainable in such a rural region of WEA.”

Norma told The Ambler about her time with the WEA: “As a member of WEA, I’ve met some great people – students, tutors and organisers. I remember a young, handsome tutor, who came many years ago, to teach us how to lead a revolution. His name was Alan Milburn, who later became well known as a Labour MP.

Many tutors returned often and became our friends over time. However much time being secretary took, it really was worthwhile.

The courses were all enjoyable and educational, but also provided a sociable meeting place.”

One thought on "Norma the champion"