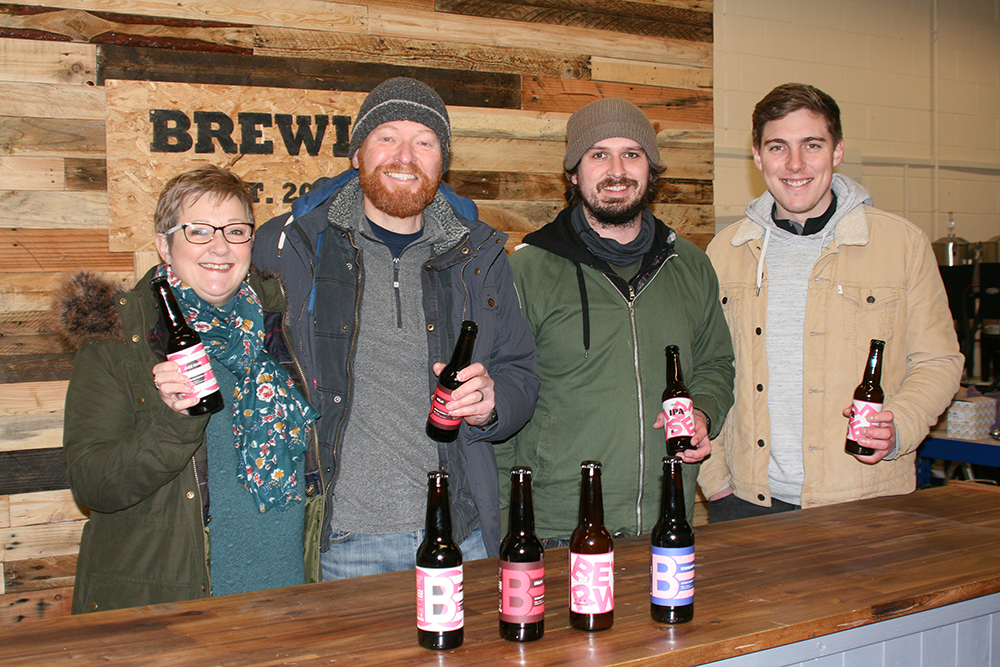 The accolade was bestowed by RateBeer, an online organisation where people can rate their favourite beers from around the world.

Brewis Beer began life in Warkworth and a small garage in Amble, before opening on Amble’s Industrial Estate in the autumn of 2019. The family-run business consists of husband and wife Chris and Maxine Brewis, Mathew Bould and Craig Stewart.

“We are over the moon to be awarded best new brewer in Northumberland and are really excited to build on our first year in business.” said Mathew Bould, Head Brewer.

Craig Stewart added: “As a family business, Brewis Beer Co aims to create beautifully balanced beer which can be shared and enjoyed with your friends and family. We are very excited about the future and we hope to see many of our customers in our brewery and tap room very soon”

Brewis Beer can be found in Unit 4 Amble Industrial Estate, and will be opening a tap room in the spring. They already sell their craft beers in Amble and Newcastle. See them on Facebook and their website: https://www.brewisbeer.co.uk/