The town square was unusually quiet. A few people had gathered in the warm May sunshine to pay respects to the fallen, but it was the uncharacteristic silence throughout the town which spoke volumes.

A spray of red white and blue flowers was placed on both war memorials on behalf of the people of Amble, in a low-key but nevertheless poignant tribute to the fallen of WW2. The flowers were placed by army veteran Lyndsay Williamson. Submariner veterans, Craig Weir and John Bartlett, also placed a floral tribute on behalf of the NE Branch of the Submariners Association. 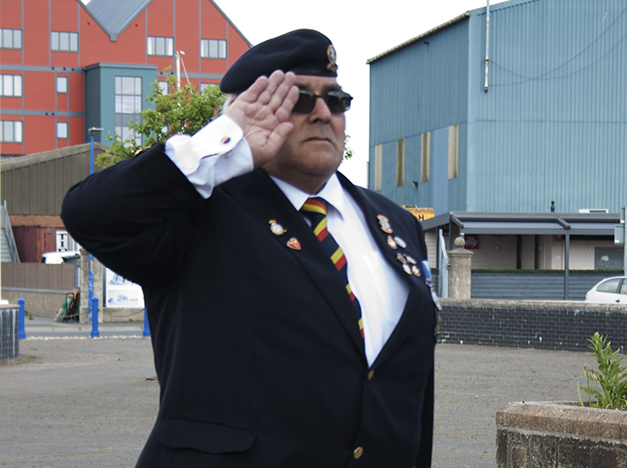 Earlier in the day, at 11am, a single salute was given by veteran Peter Proctor-Cannon of 15/19 the King’s Royal Hussars, as the nation fell silent in memory of those who fought during WW2. Silence fell on top of silence. What a strange new world.

In normal times an event such as this would have been well attended. The people of the Friendliest Port pride themselves on paying their respects to those who give the ultimate sacrifice in defence of our freedoms. 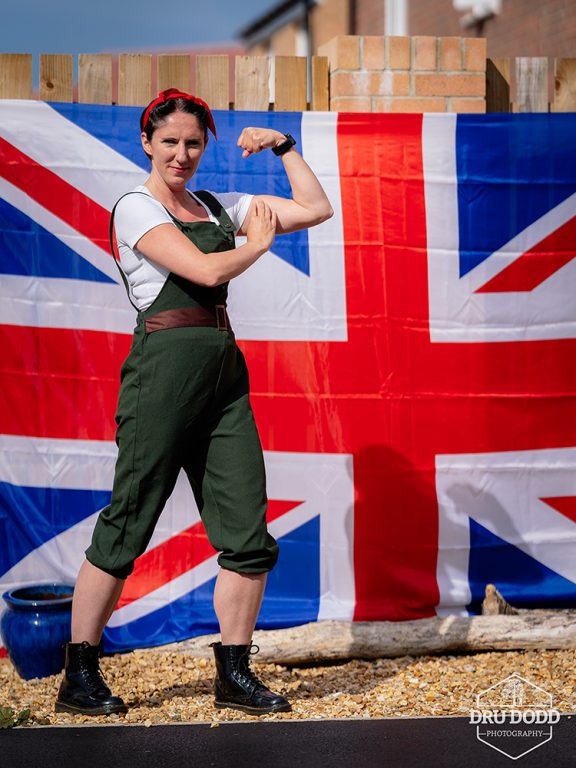 We can do it – Amy Baston recreates the famous WW2 poster. Photo by Dru Dodd

But of course, these are not normal times. The coronavirus pandemic has affected everyone. The lockdown means no public gatherings. Social distancing is the 11th commandment. Celebrating victory over fascism in Europe in 1945, is now tempered with digging-in for victory over disease in 2020. 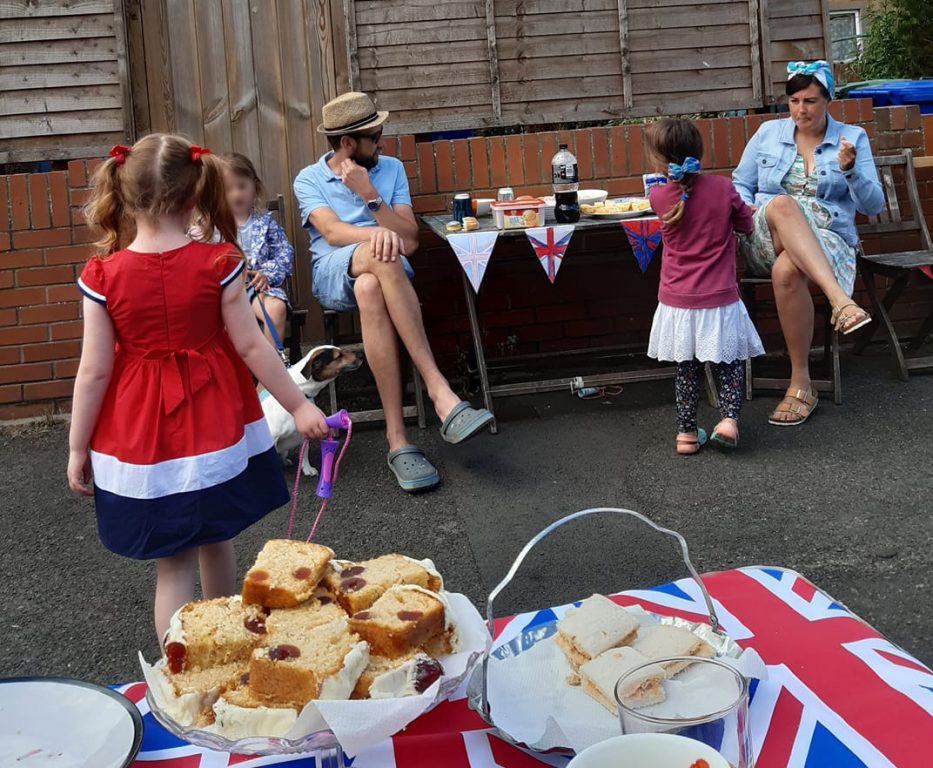 Many people dressed for the occasion

The sombre mood was lifted later in the afternoon, as people donned 1940s fashions, held tea parties and played 1940s music to celebrate the end of fighting in Europe 75 years ago. Houses were decorated with flags and bunting, people smiled at each other and ate cake, and wondered if it was a similarly strange atmosphere on 8 May 1945, when the six long years of fighting a common enemy was suddenly declared over. 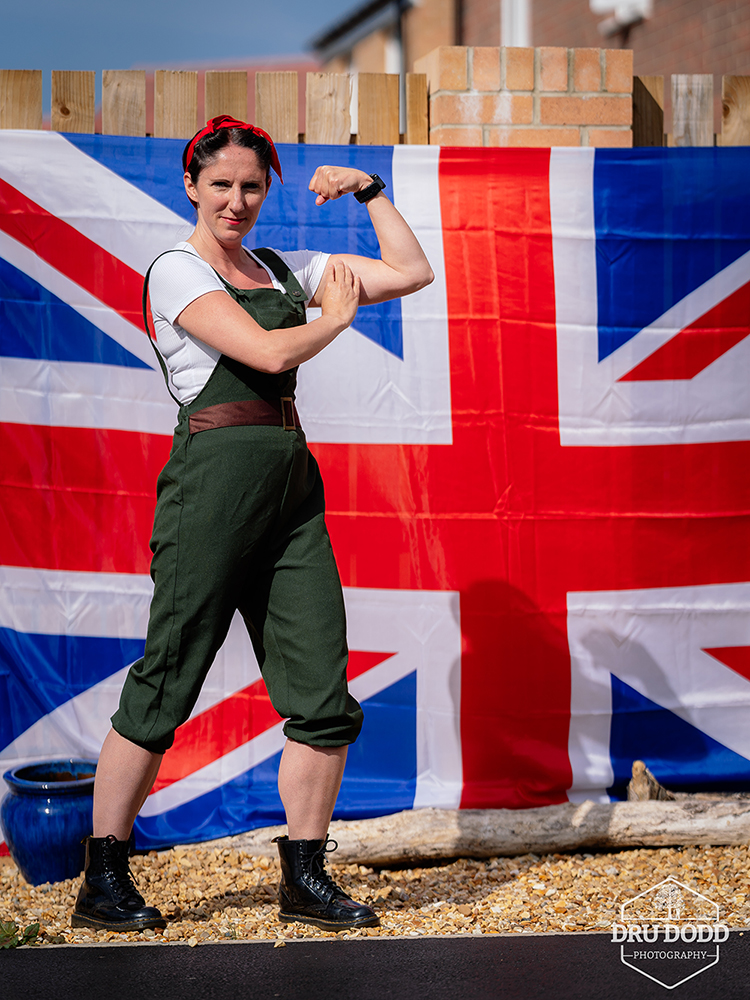 We can do it! Photo by Dru Dodd 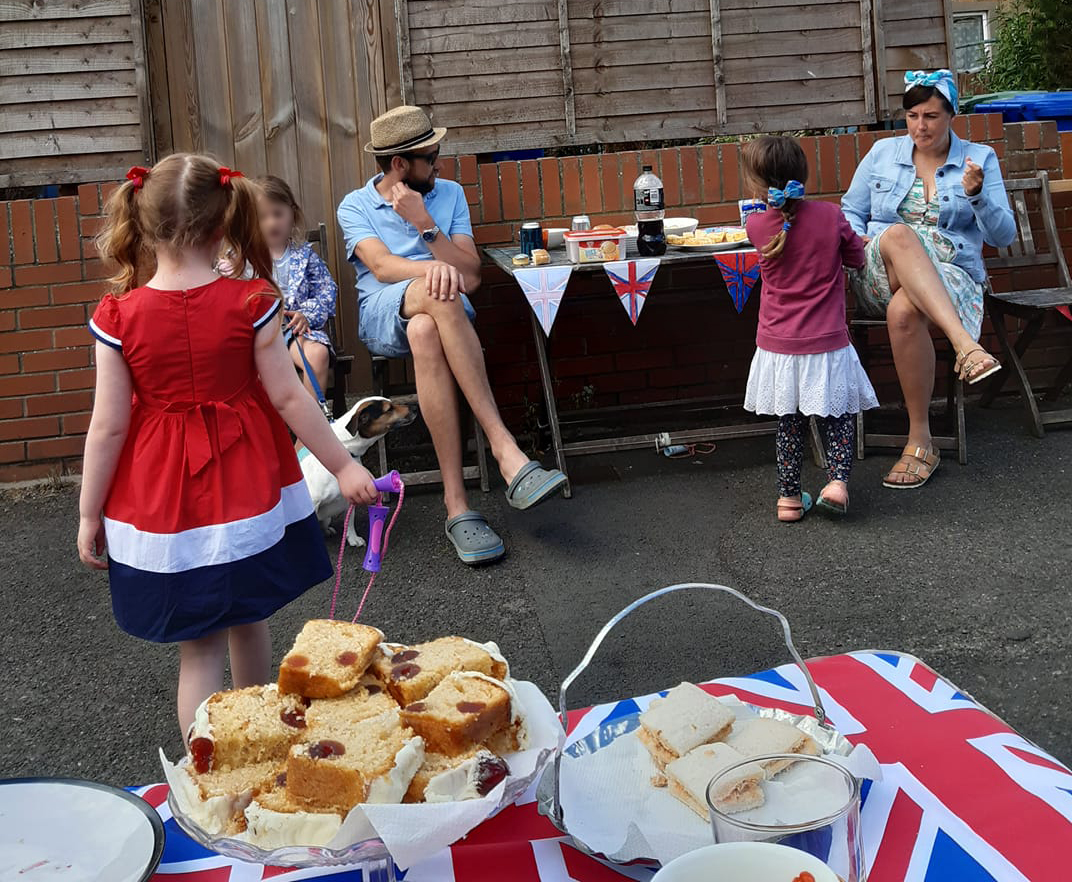 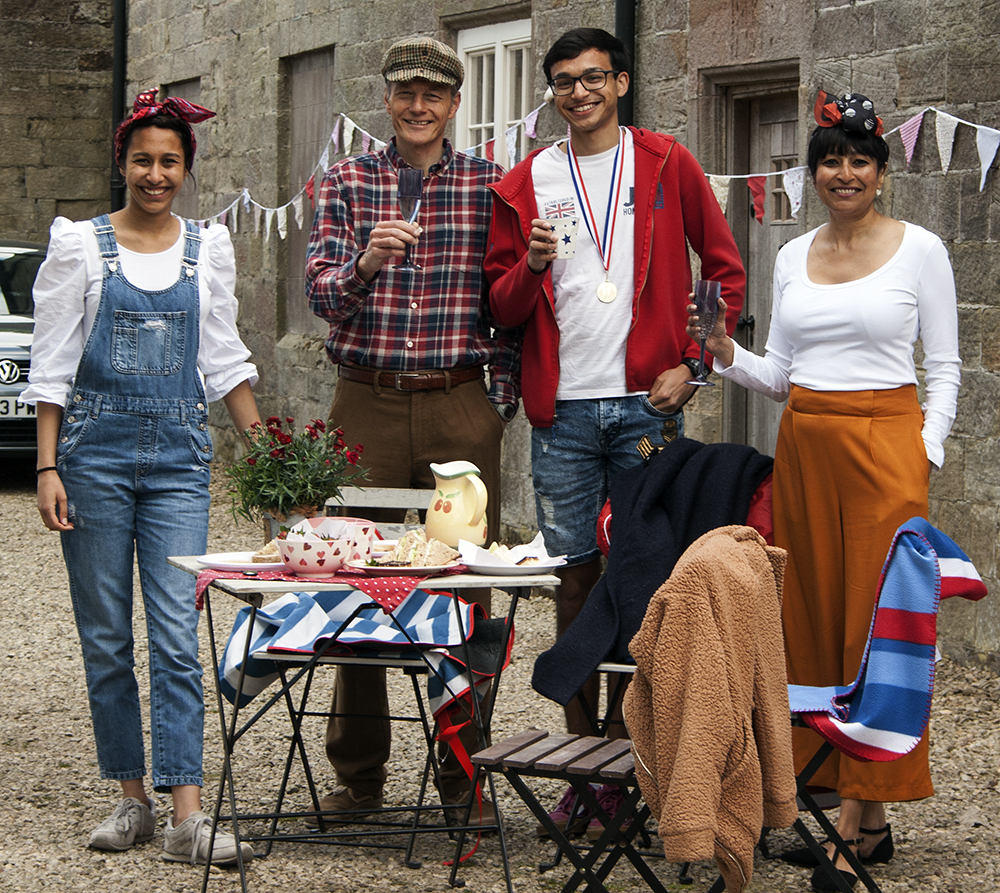 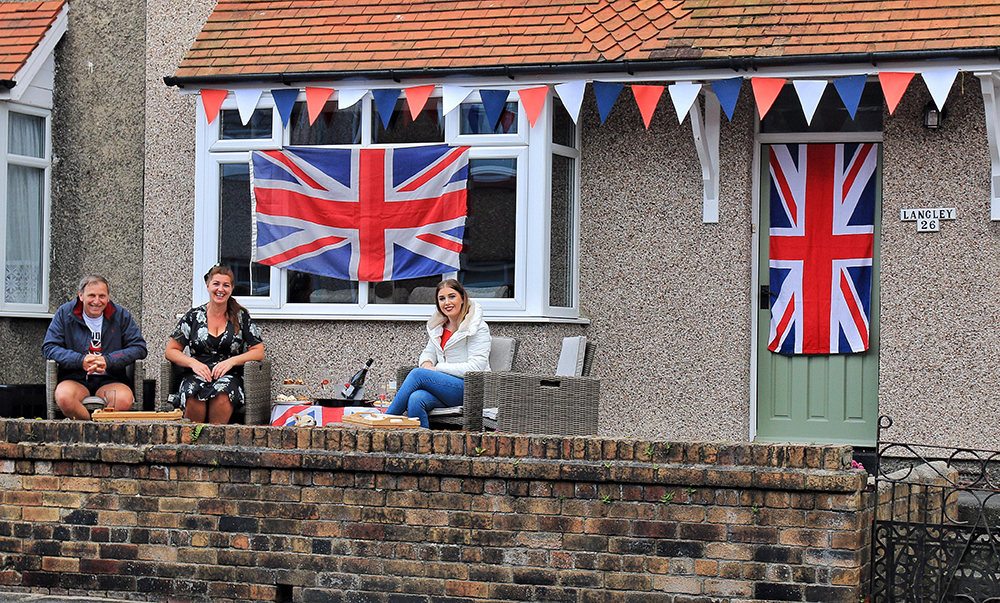 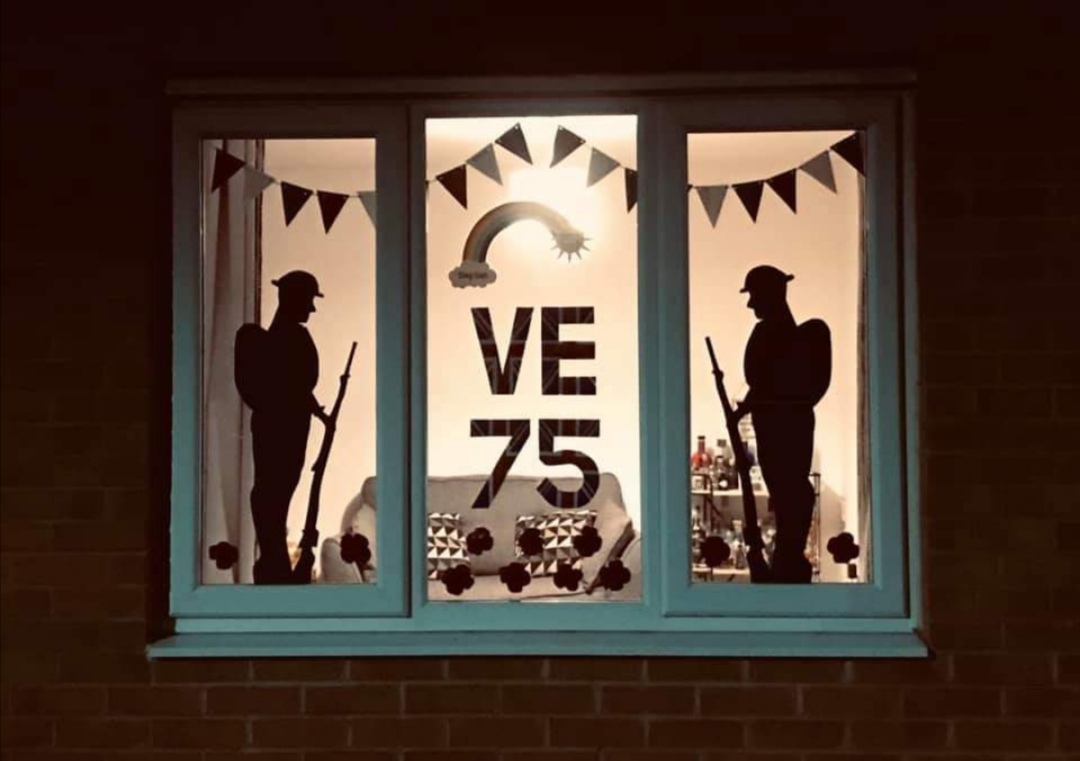 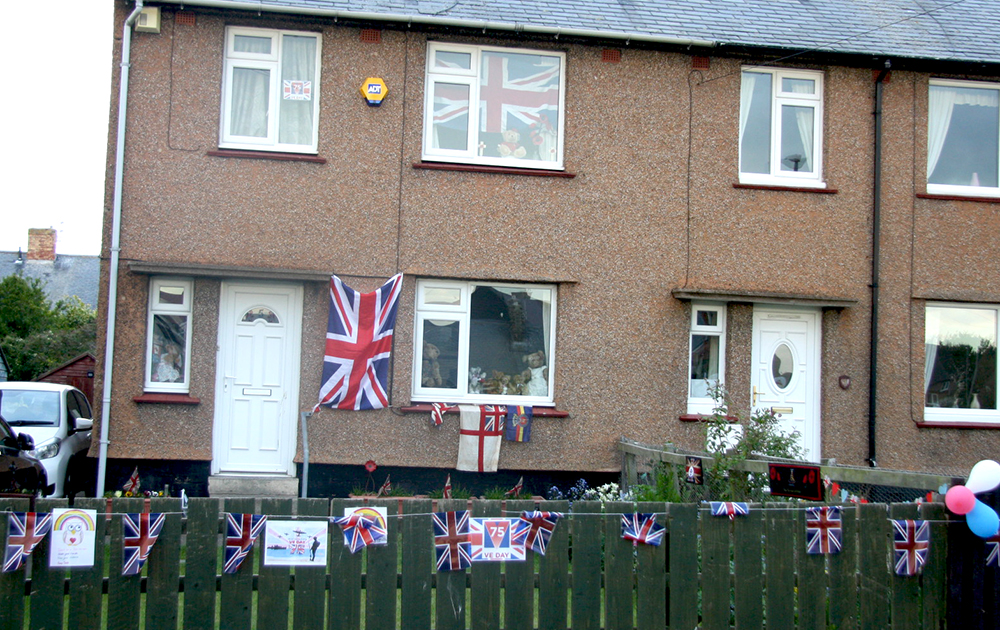 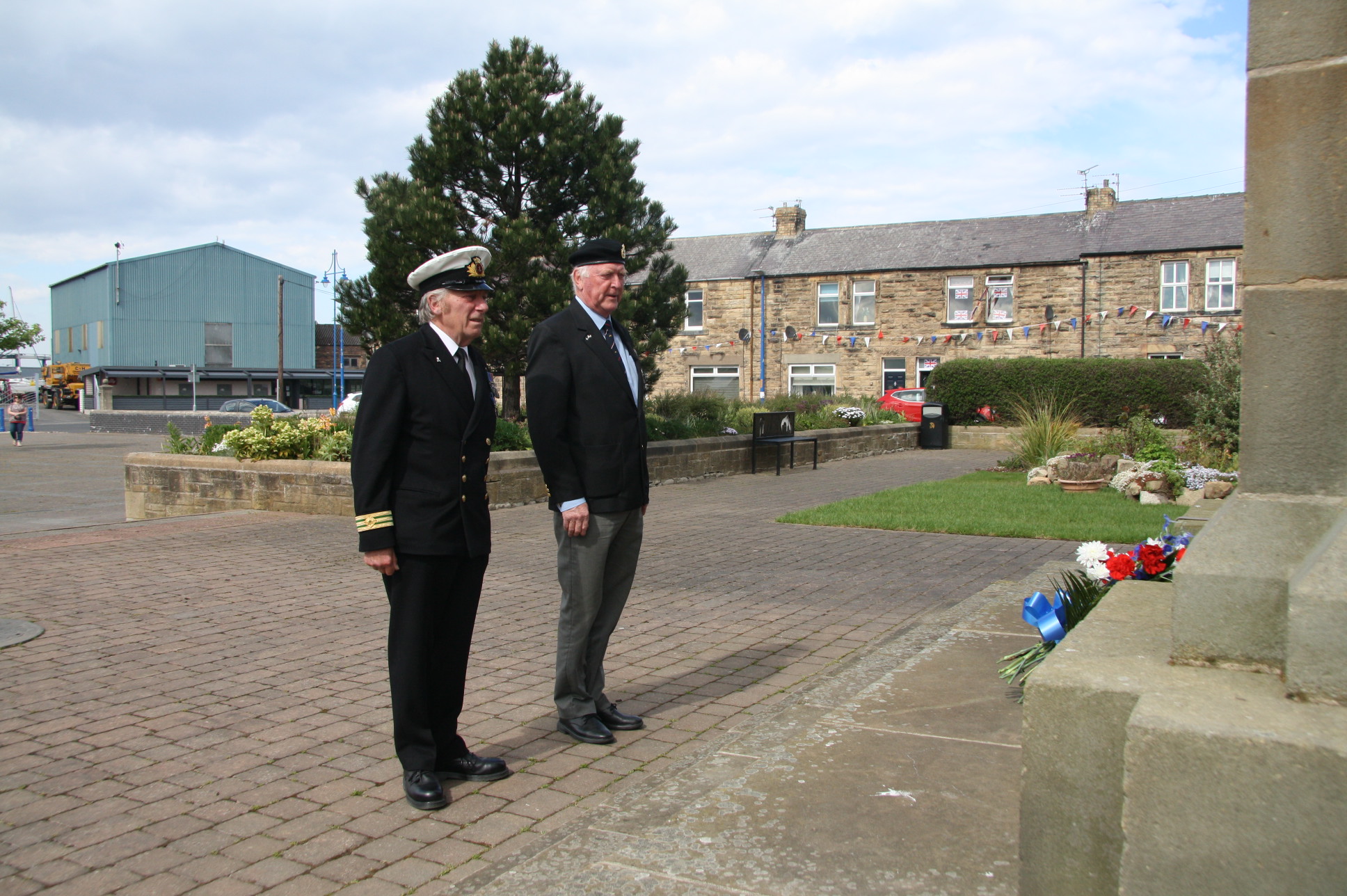 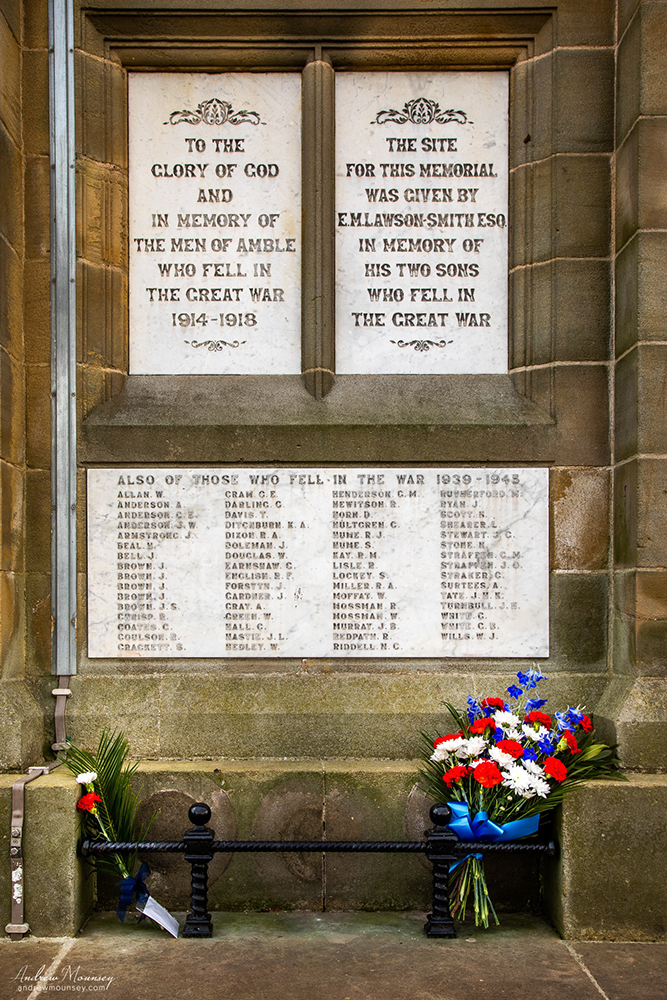 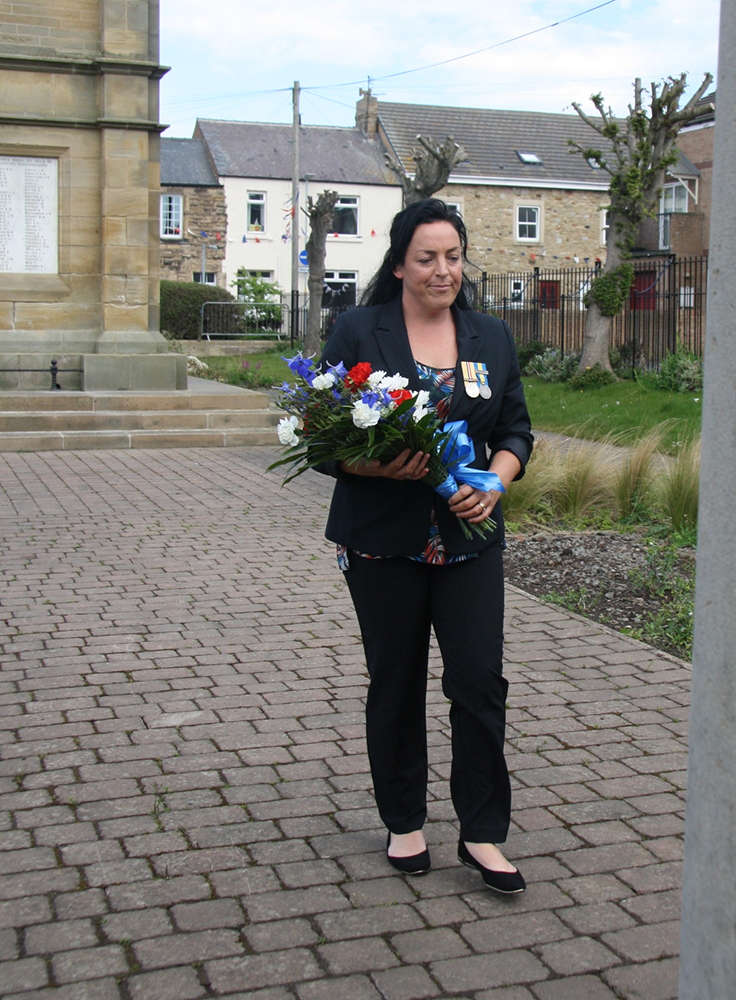 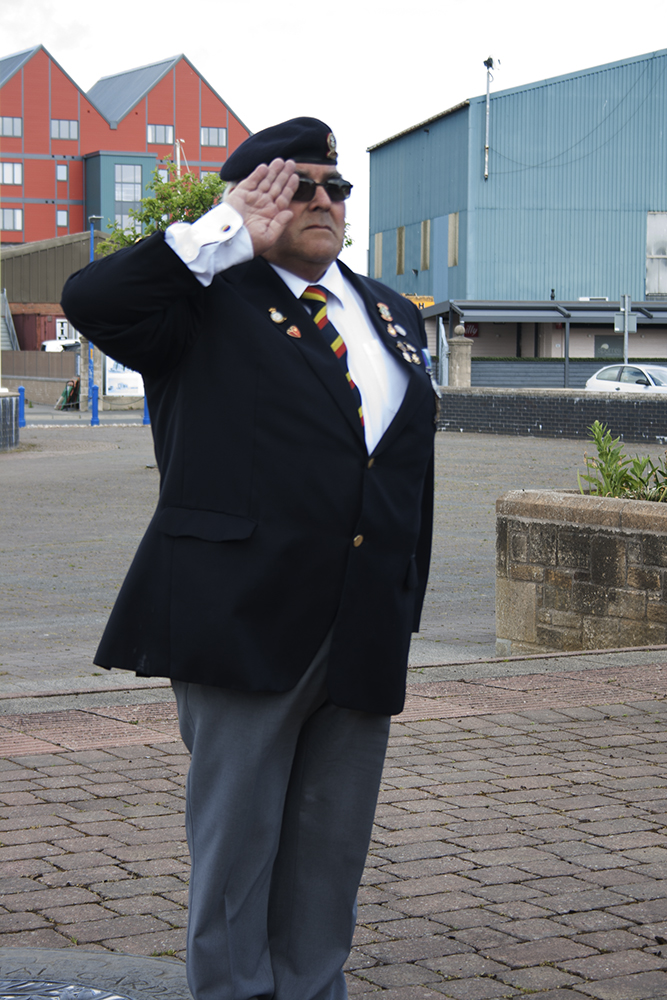 Of course the rain made an appearance – well it was a British bank holiday after all. A huge rainbow arched over the town, in a symbolic NHS tribute. But later the silence resumed, leaving the gentle flapping of brightly coloured bunting to reassure us that though there will still be tough days ahead, we will once again triumph over adversity. 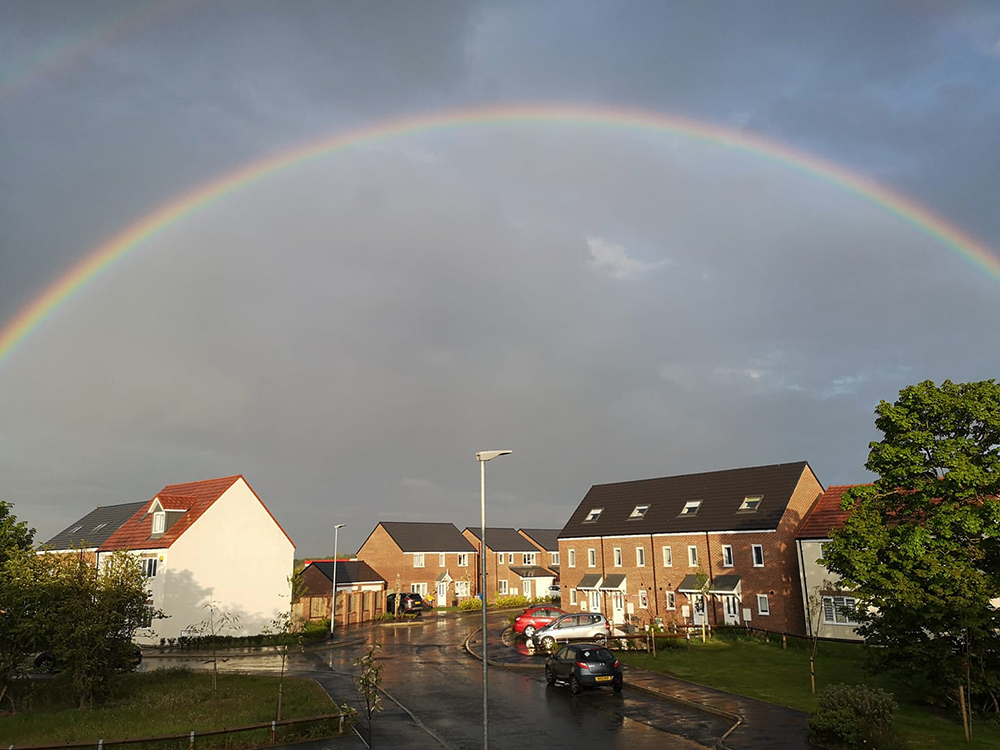 A magnificent rainbow arched over Amble, as if in tribute to the NHS