If you go down to the beach today, you’re in for a big surprise. A large snake has made a home on the Little Shore and is proving a big attraction. 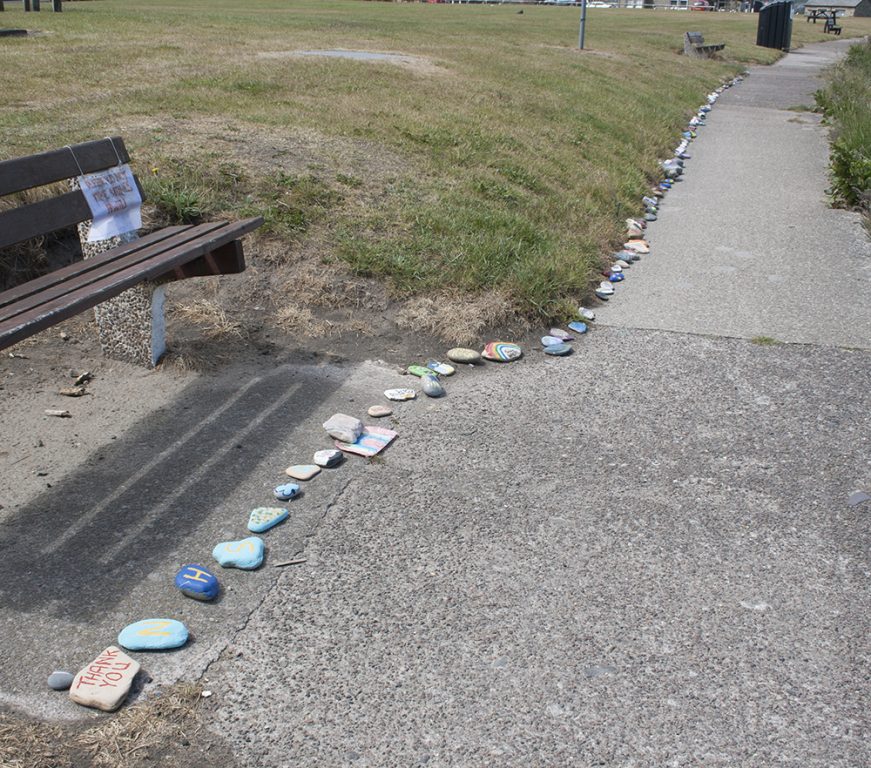 But walkers need not worry, as the snake is made of painted stones placed by local people, initially as a tribute to the NHS, but now more generally to add to the fun.

The snake was begun around three weeks ago by Amble resident Jacqui Jones, after the idea was suggested by her 11 year old stepdaughter.  Jacqui told The Ambler: “My stepdaughter Beth lives in Queensbury, Yorkshire and she sent me a photo of the one they have there. She suggested I start one up here in Amble and I thought it was a great idea.”

Jacqui and her mother Audrey Jones have already decorated a tree on the Little Shore in honour of the NHS. 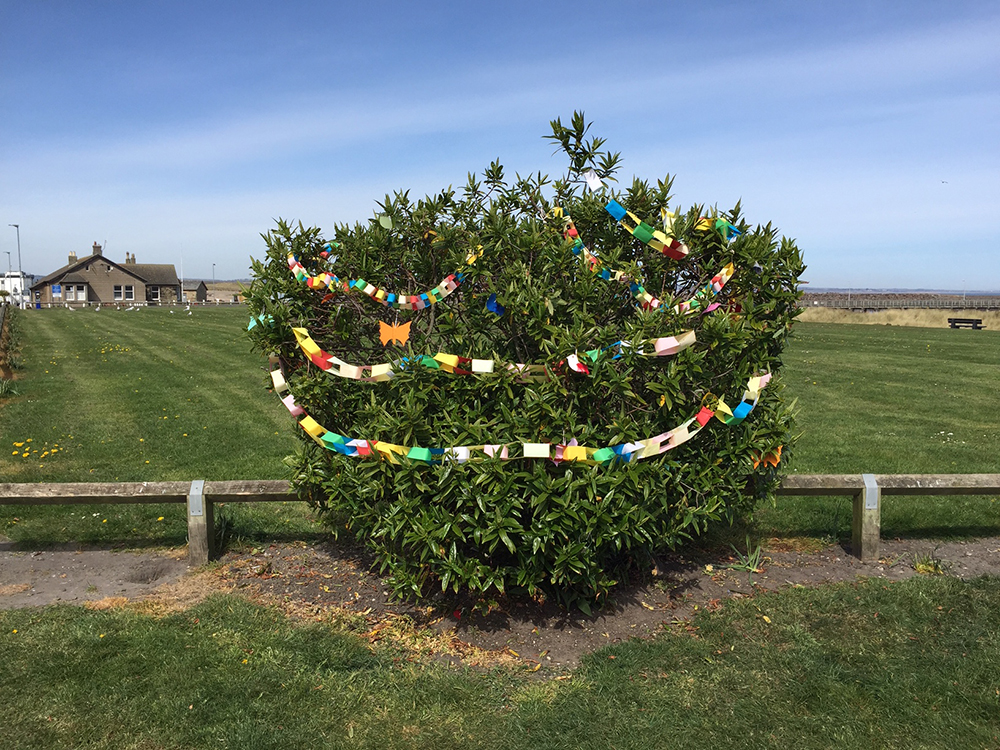 Audrey Jones and her daughter Jacqui have already decorated a tree on the Little Shore as a tribute to the NHS, carers and key workers

“I’d love for people to add to the snake,” said Jacqui. “It started during lockdown, so we weren’t expecting anyone other than locals to join in. But now we’re encouraging everyone to place a rock and we’re hoping we can make it even longer. It just makes people smile.”

Suggestions have been made as to whether the snake can be made into a more permanent feature. “Steph Shanks suggested on Facebook we could maybe make it more permanent, and I think it’s a great idea,” said Jacqui. “Some location ideas are the amphitheatre in the Town Square, the Paddlers, and maybe the new Harbour Masters Office.” 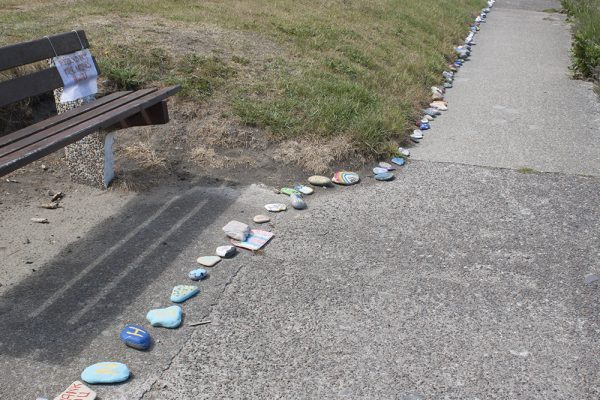 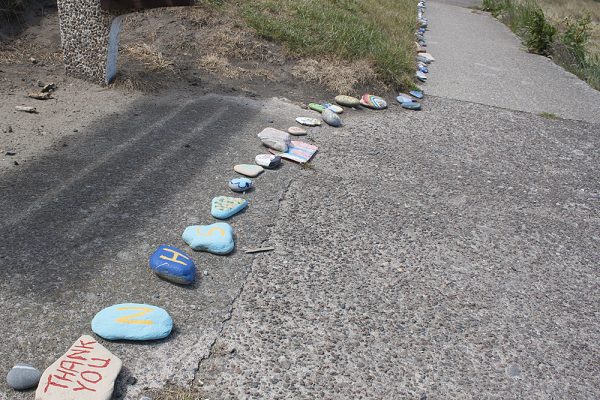 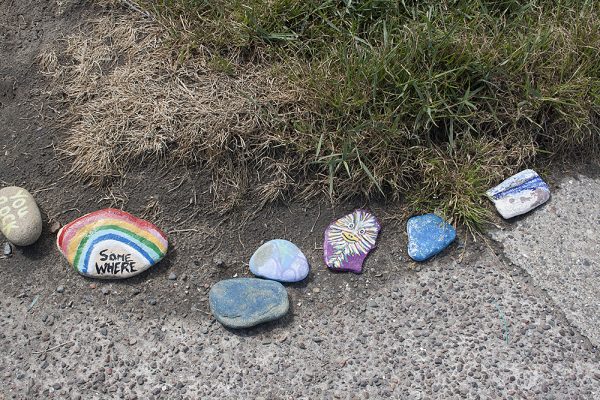 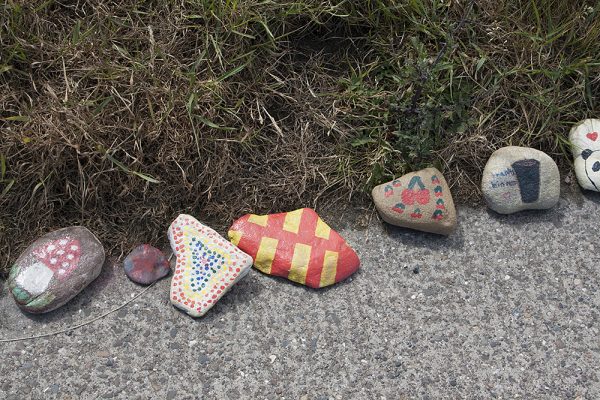 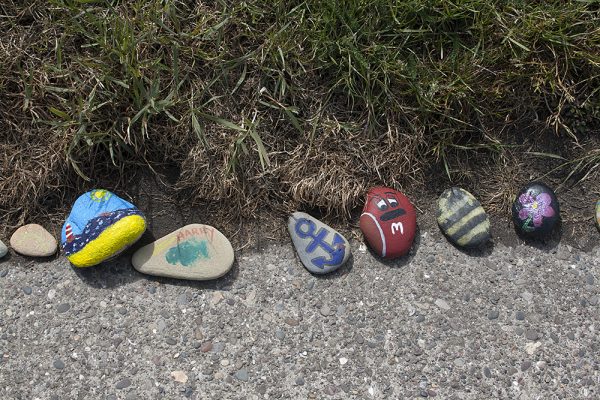 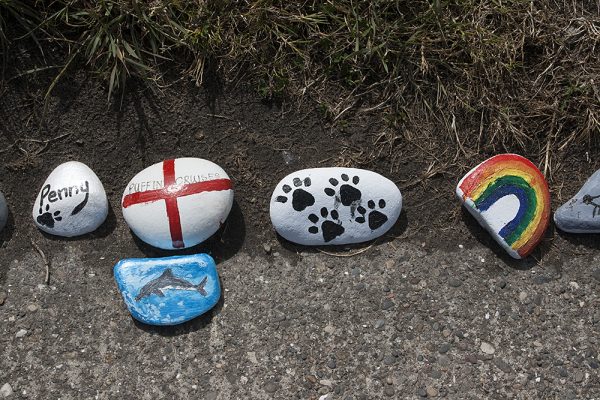 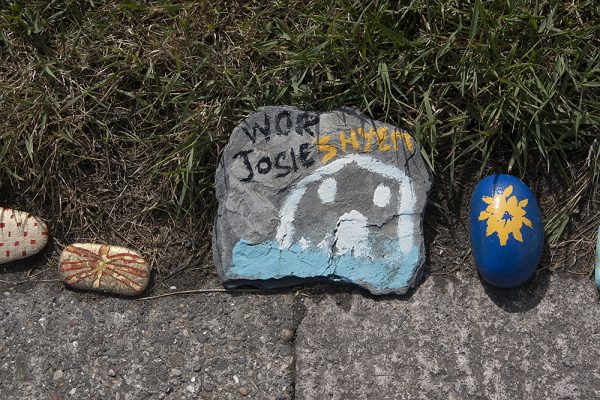 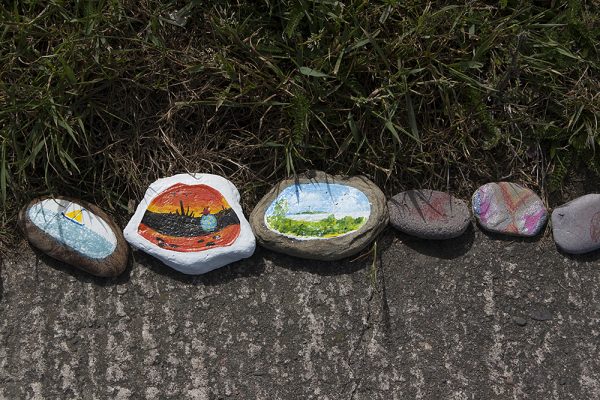 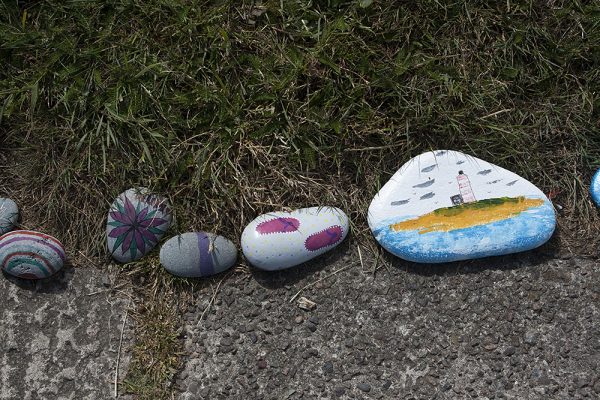 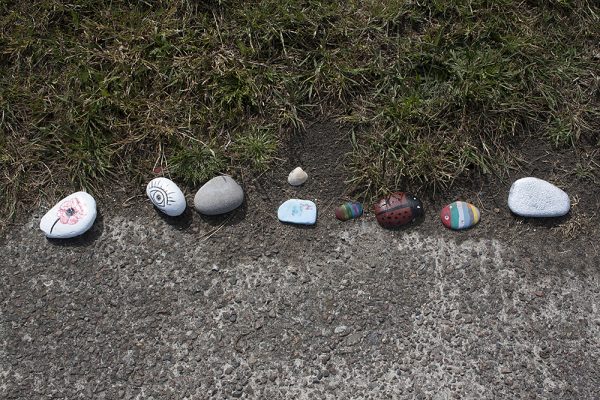 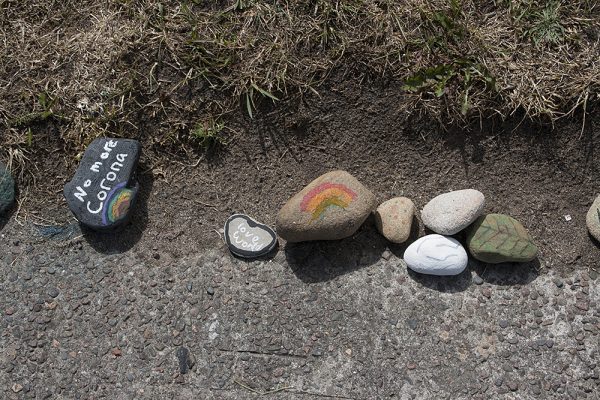 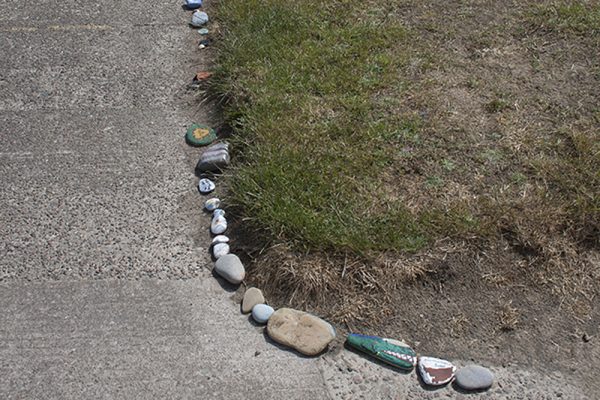