A wreath laying event at sea was held in honour of the Amble dredger MV Coquet Mouth, which was sunk during WW2, resulting in the loss of three crew members. The vessel struck enemy mines off Amble’s harbour mouth on 4th July 1940. 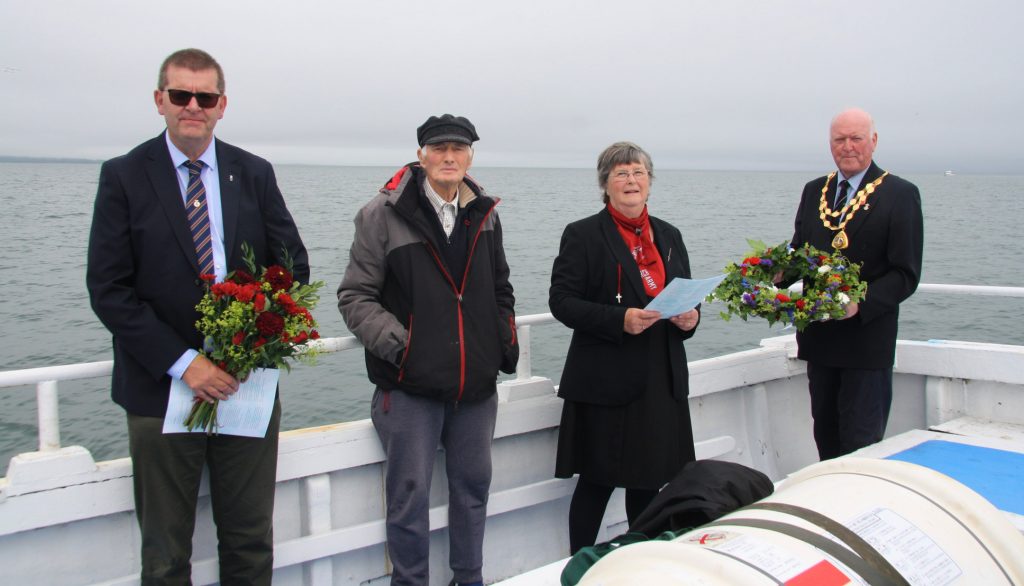 To commemorate the 80th anniversary of the event, two wreaths were placed in the sea at the site, north east of the harbour mouth, by retired Coastguard Ken Henderson and Amble’s Mayor Craig Weir. In attendance with the party were Penny Horseman from the Church Army and David Gray on behalf of Warkworth Harbour Commissioners.

The day turned out to be of excellent weather having beforehand been of drizzle and poor visibility. The North Sea was like a ‘mill pond’.

In 1940 during World War 2 the dredger was hit by a German mine dropped off the harbour entrance and intended to hamper vital coal exports. The ship was crewed by members of the Merchant Navy.

Three Amble crew were lost. The body of Sydney Lockey 35yrs (deckhand) was never recovered and as such is commemorated on the Tower Hill National Memorial (London) to Merchant Navy & Fishermen lost in WW1 and WW2 who have no grave other than the sea.

Related article: Ken Henderson’s wish for a memorial to the lost crewmen