A boundary between two Northumberland coastal parishes has been amended, despite strong opposition from the council in one area. 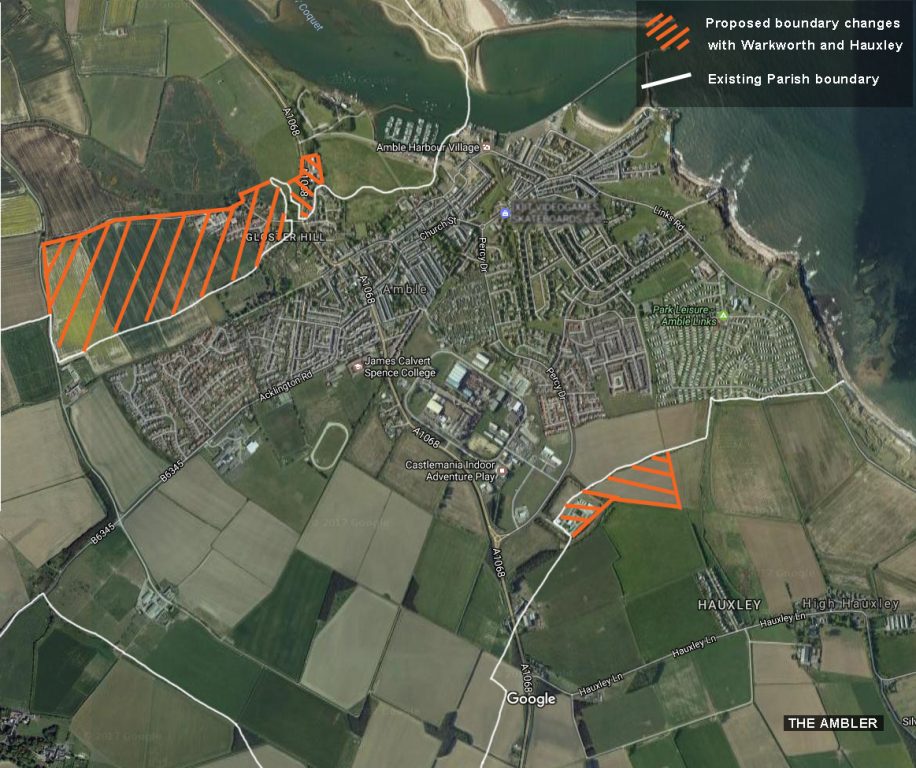 The Amble parish boundary change with Hauxley will go ahead, while the Warkworth boundary will remain the same

A community governance review has taken place in relation to three proposals by Amble Town Council, with a decision made by county councillors at their full meeting on Wednesday, September 2.

A bid to change the boundary with Warkworth Parish Council, to include Rivergreen, Mariner’s View, the Gloster Hill area to the farm cottages and the new housing development, and a call to increase the number of Amble town councillors from nine to 11 did not go ahead, both in line with the recommendations.

The boundary change with Warkworth had been strongly opposed by the parish council and 23 residents objected, while 10 were in support.

But the green light was recommended that a change to the boundary with Hauxley Parish Council, on the southern side of the town, to include the whole of the sewerage works and the remainder of the adjacent field, where an application for 272 homes was approved in outline in December 2019 followed by the detailed plans in July this year.

And while the first two were relatively uncontroversial and passed on a show of hands, the change to the Amble-Hauxley boundary, which was strongly opposed by the parish council and sparked objections from two parishioners, went to a named vote.

This resulted in a tie of 22 for and 22 against, with 15 abstentions, and the chairman, Cllr Richard Dodd, used his casting vote to approve the change as recommended.

Ahead of the vote, Cllr Jeff Reid, a member of the authority’s strategic planning committee, said: “I would agree with the recommendations. I spotted the Amble and Hauxley thing, because that’s going to be a new housing estate and where the boundary is at the moment, half the houses are going to be in Hauxley parish and half are going to be in Amble.

“They’re going to pay different rates and receive different things from the parish and the Hauxley houses are a long way from any of the other Hauxley houses, so it seems to me the right thing to do in this case.”

But the local ward member, Cllr Terry Clark, said: “I object to this boundary change as do Hauxley residents and the parish council.

“It is my understanding that if a parish council objects to a boundary change, the matter should be closed. If that is the case for Warkworth, then why not for Hauxley?”

He referred to the ongoing development of the Hauxley Neighbourhood Plan, which is based on the existing boundary, but the report to councillors stated that ‘consideration of an amendment to a parish boundary should not be restricted by the neighbourhood plan’.

Cllr Clark added: “This boundary change will affect homeowners on how much precept they pay and if this change goes through, it will deprive Hauxley of this income. There’s no justification for this change.”