Everyone must know about the stone snake trail at the Little Shore. Well this snake trail was the idea of an 11 year old girl called Beth and her stepmum Jacqui. The trail started at the first seat on the concrete path, and Beth’s dream was to get it to the beach huts. 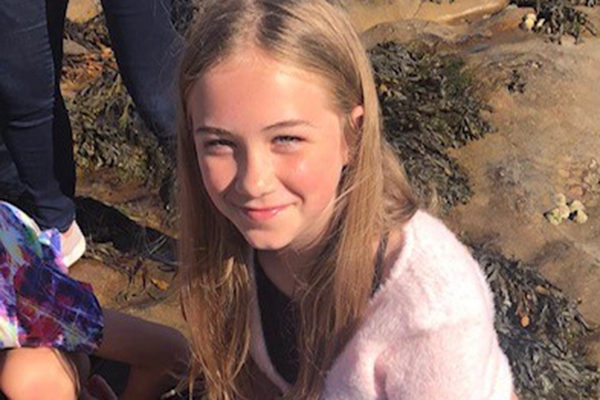 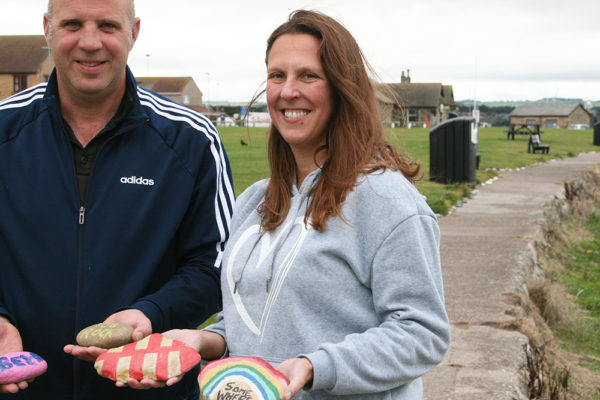 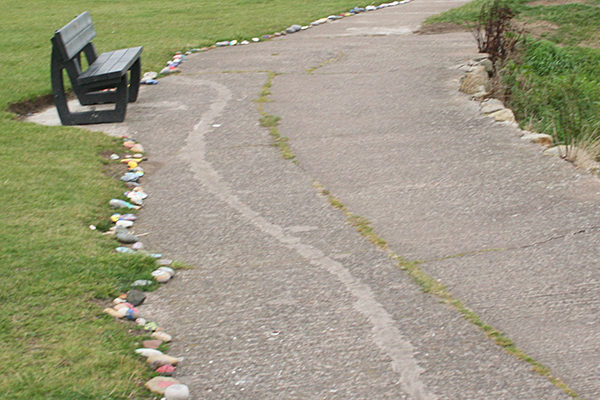 We met Beth’s step mum Jacqui Jones and her dad Andy Sunter at the Little Shore. We talked to Beth via email to find out more about her and where she got the idea from.

Beth told us she lives in a village called Queensbury, near Halifax with her mum, 16yr old sister, and two cats. She says she likes coming to Amble because everyone is friendly and she enjoys the beach.

She said, “I got the idea from someone else who started a ‘COVID Snake’ near my primary school, I thought it was a great idea for the local children to decorate their own pebble and feel part of something, to show that we are a community and not alone.”

Jacqui told us: “We began the snake in April. “It feels like such a long time ago. It took a while to get going. During lockdown it seemed to get about halfway [to the beach huts] then it went really quickly when people started getting out and about.”

Now we, as a community, have reached Beth’s dream and the snake reaches all the way to the beach huts. Tourists have also put some stones down too. 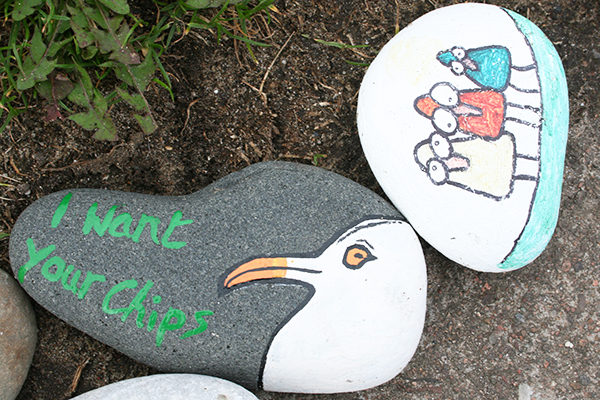 I want your chips 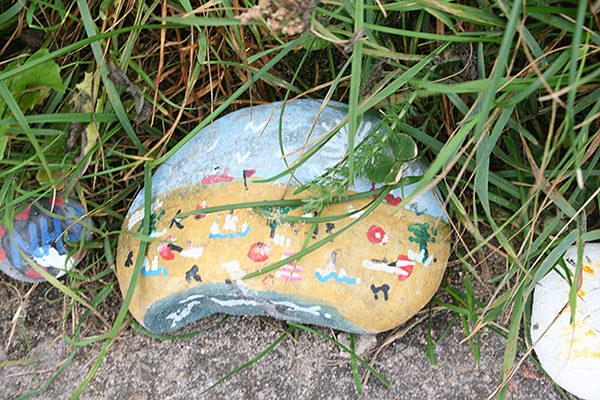 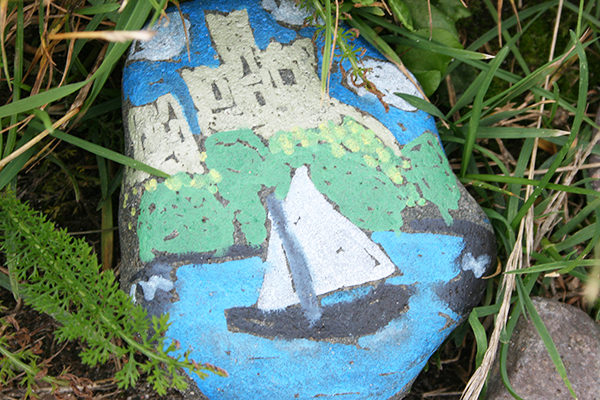 I think the best place to put the snake would be on the history walk in the Town Square. This is so that we can remember it and what happened in 2020 and all the people who made it.

Jacqui told us that there are now plans to move the stones over the winter so they can be varnished and a new permanent place can be found for them. So don’t worry if you go to see them and they have gone.

By Megan
Photos by Bethany

Thanks to the current circumstances, people haven’t been doing as much shopping as usual, so you may not have noticed the new addition to Amble’s Queen Street. 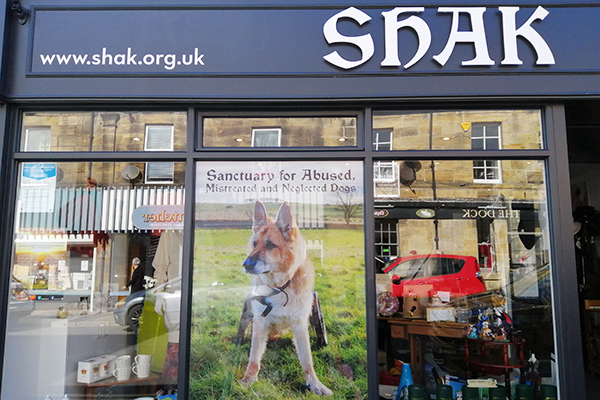 On the 8th of August, SHAK (which stands for Safe Homes And Kindness) opened a new charity shop, that works to support abused and neglected dogs.

“Not all of them can be rehomed as they can be very damaged,” says Marion Beesley, the manager of the Amble shop, “But Stephen Wylie, the founder of SHAK, believes that every dog has a home.”

Which is how SHAK was founded: a sanctuary for dogs that are waiting to be rehomed or can’t be rehomed, set up to make sure that no dogs get put down. It’s a completely different concept to most other rescue places, whose sole purpose is to rehome every dog. During the coronavirus, there’s been a marked increase in dog abuse, and there can be up to 70 dogs in the sanctuary at a time, so now more than ever they need donations.

“We’ve been overwhelmed by the strong community spirit in Amble. Everyone’s been so kind.” Marion told us, but they’re still looking for as many donations as possible. “As long as it’s good quality, we’ll take any donations! Books, clothes, shoes, bric a brac. Dog food and dog beds are also useful for sending down to the sanctuary.”

SHAK is open from 9.30 till 4.30 from Monday to Saturday and they’re always looking for donations and volunteers (ask in the shop if you’re interested in volunteering).

It’s a great opportunity to help out a local cause and make sure no dogs have to get put down because of neglect and abuse.

By Lily and Ava

SCHOOL IS BETTER THAN GOOGLE

When we first went back to school during lockdown we didn’t know what to expect.

Honestly what I expected was that we’d be taught by the same teacher in classes of 10 or 15 but really we were in proper classrooms with lots of people and more teachers than just one.

To be honest school isn’t that bad, children like me are learning lots more than on google classroom and teachers have an excuse to go out. It is a win win!
By Hannah

Is Halloween dead?
Because of Covid, Halloween is cancelled, which means no trick-or-treating, which also means no sweets, which, double also, makes me sad. Surely you can relate – who else liked Halloween mostly because of the sweet snacks? 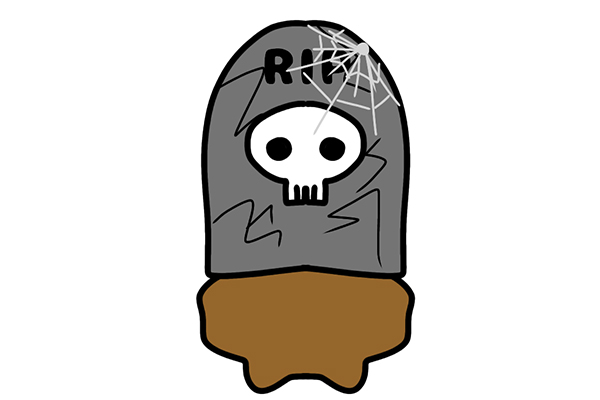