A shoebox gift sent in return

Many of us have sent Christmas shoeboxes, packed with small gifts for people less fortunate than ourselves. But how many of us have received one in return?

Amble resident Angela Henderson was surprised and touched by a shoebox sent by a family in thanks for the gifts they had received.

Angela told us: “Approximately three years ago I did two shoeboxes, one for a 4-6 year old, the other for a teenager. I always put a Christmas card in with my name and address, in the event I might be able to help a little more. I thought they were going to Syria, but mine ended up in Romania and possibly in a school.” 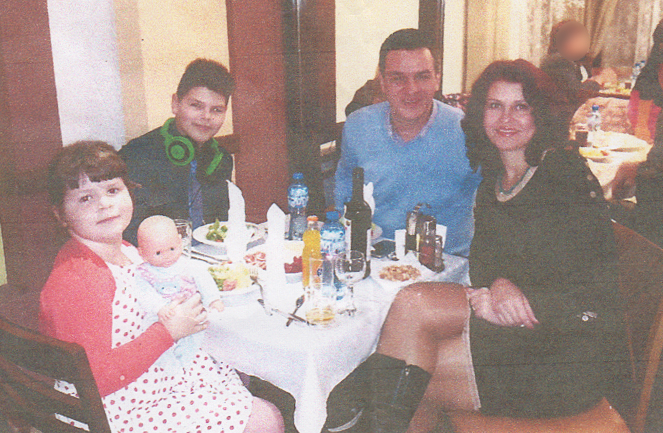 Cristina, Andrei and their children lived in Romania

Angela thought no more of the gift, until the following spring, when a parcel arrived for her. On opening the box she discovered it was full of lovely goods from Romania, sweets and a scarf. An accompanying letter and photo explained all.

The letter was sent from a lady called Cristina. She told Angela she was the mother of a little girl who had received the shoebox that Christmas.

“We want to send you our thanks for the joy you have brought to our daughter Stefi. We want to tell you that your beautiful gift has arrived in Galati, a city in Romania, at a six year old girl by the name of Ariana-Stefania.”

The letter explained that the parents, Christina and Andrei were both GPs working in Romania. They also had a son called Robert, and they invited Angela to visit. “In the future it will be our great honour to have you as our guest and to show you our traditions, customs and the beautiful places we have here in Romania.”

Angela has kept in contact with the family online. She said “Christina and Andrei were due to come and work as GPs in England. With Brexit, they settled in France, but I watch them diligently on Facebook. Although I was invited to Romania, I was apprehensive of a strange country. Had they come to England then I would have loved to have met them.”