Here’s the story of a five year old boy who was named after the Friendliest Port, a place neither he nor his parents have ever visited. 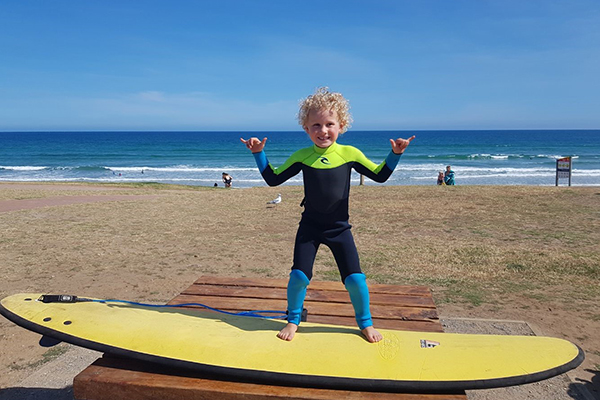 Amble Owen Ryan lives in Ocean Grove in Victoria, Australia with his mum Lauren, dad Glen and baby sister Daisy. Lauren explained how he came by his name.

“A few years ago before Amble was even a twinkle in our eyes we surprised my mother with a trip interstate from Victoria to Queensland to take her to the cemetery where my nanna and pop are buried. While we were there a young boy next to them had the name Ambler on his headstone and we thought what a unique and laid back name it was.

Everywhere we visited after this we saw signs throughout Queensland and coincidently our little caravan that we owned at the time, in which we holidayed in regularly had ‘Ambling Along’ written on the back of it. 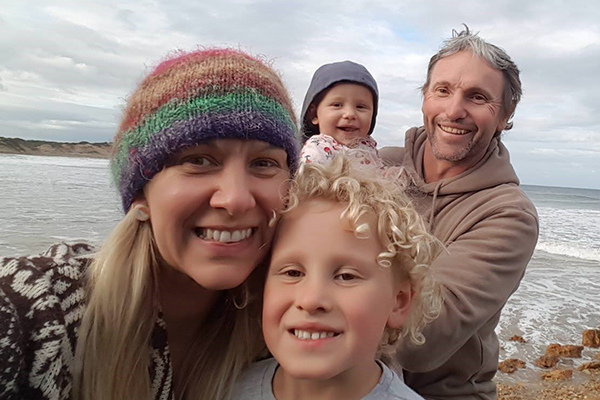 After researching the word Amble on the internet we found that the place Amble was a gorgeous little town that appeared to be a beautiful holiday spot similar to that in which we holiday in our caravan.

Once finding this gorgeous little town ‘The Friendliest Port’, we discovered that it was only a short distance from where my nanna, pop and mum were born in South Shields.

All of these unusual connections continued as we kept looking into the name and town. 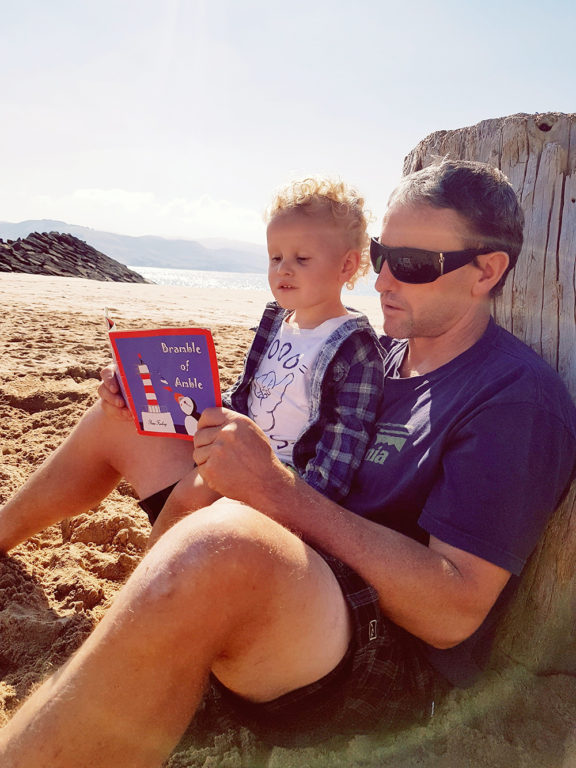 Amble aged 3 with his dad, reading ‘Bramble from Amble’ a book written for Amble Puffin Festival

We also discovered that the word Amble originates from the gaelic word Am Beal, meaning tidal inlet. This also means a lot to us as we were living in a small tidal inlet town in Australia when Amble was born and still live not too far from it now.

This then lead us to look up on facebook the town Amble, it was here we learnt about the fantastic Puffin Festival and were lucky enough to come across the book Bramble of Amble in which we received just in time for Amble’s birth on the 2nd of May 2015.

We look forward to visiting England in the future when travel is an option and the world is a little more certain. We will love to take Amble to the beautiful little town that he was named after, have some fun, hopefully help raise some money for the incredible puffins and of course meet some the friendly locals.”

We look forward to meeting Amble and his family.
Anna Williams

One thought on "Meet five-year-old Amble"