Should schools have stayed closed?

We are just out of another lock down with a lot of businesses closing and social gatherings severely restricted. However, the main places that haven’t been shut down are schools, colleges and universities.

From March until September, schools were completely closed, leading to predicted A-Level and GCSE grades and a lot of online learning from home which didn’t always work as well as teachers hoped. 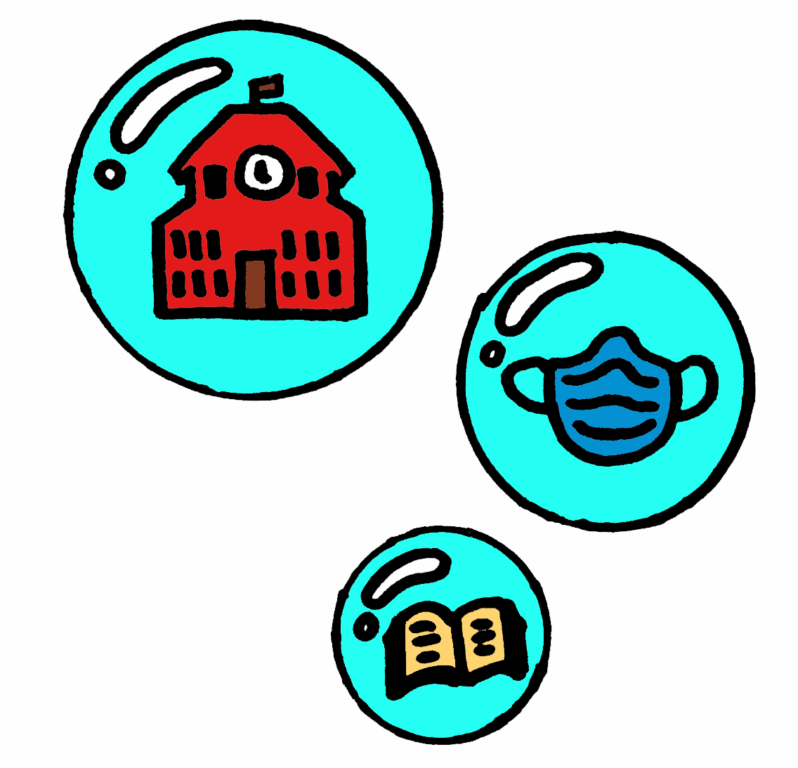 When they opened again, they had restrictions just like everywhere else (lots of sanitising and mask wearing), but in an environment with so many people it’s hard to distance effectively. Schools are full of large gatherings of people that, currently, would be unheard of in most other settings, so should they still be open?

Faith Bell is a year 12 student at JCSC, where masks are required in the corridors and different year groups are separated into bubbles. “[The restrictions] are there for us to be safe, but the kids don’t always listen. The rules are working to some extent.”

Speaking about schools going into lock down, Faith said: “I personally don’t want to, but I think if everyone else is we might as well, to try and help. But on the other hand, kids need their education.”

It’s not just schools that are locked down. Many students who have gone to university this year have been met with a very different experience to what they imagined.

Oliver Frater, a former pupil at JCSC, started studying at the University of Salford this year, but there’s a no guest policy and different university flats aren’t allowed to mix. As well as this, masks have to be worn in all face-to-face lectures, and the online lectures still have lots of technical difficulties.

For him, the most noticeable difference was there were no freshers events, as well as very few societies running. “I didn’t really mind that as I’m not a massively sociable person, but it made it difficult to mix with people outside of my flat. We’re not allowed to mix at all- that’s been hard because I felt like if there’s an issue in my flat I haven’t got anyone outside of them because those opportunities haven’t happened.”

“In terms of actual learning I’ve found face-to-face alright. I’ve felt safe and comfortable in terms of social distancing and stuff like that. The online learning has been the most difficult. I’m a very hands-on learner and I don’t find focusing for long times very easy, but luckily we have this resource called blackboard which is where we’re taught. All of the lectures are recorded, but it’s not the same as being able to do it in person like you would in school which is what I’m used to.”

“I think if the government cares about the safety of people, as a whole, not just a certain age group, then they should shut everything.” He said, on the issue of shutting schools and universities, “I know people who are going to school and sitting directly next to people. I know people going to school and having to line up in massive groups to get into the building. Whether that’s the school’s fault or not, it’s not going to help the cases. If they want to do something they should either do it properly and fully or not at all.”

Schools and universities have been very different in the past few months, with some aspects working better than others. With infection rates steeply rising in secondary school children especially, it seems ineffective to leave education institutions open, but closing them again would severely damage the education of thousands of children across England. It feels as if nobody knows what to do which, as a student, is not a reassuring thing to hear.