Why Amble is the kindliest port once again

Amble shoppers are being praised for their amazing kindness to a local food bank, after it was discovered they were the most generous in the country.

Kind-hearted customers of Amble Morrisons donated £650 worth of food to the Amble Food Bank in one week, making them the top Morrisons store for food bank donations in the whole of Great Britain. 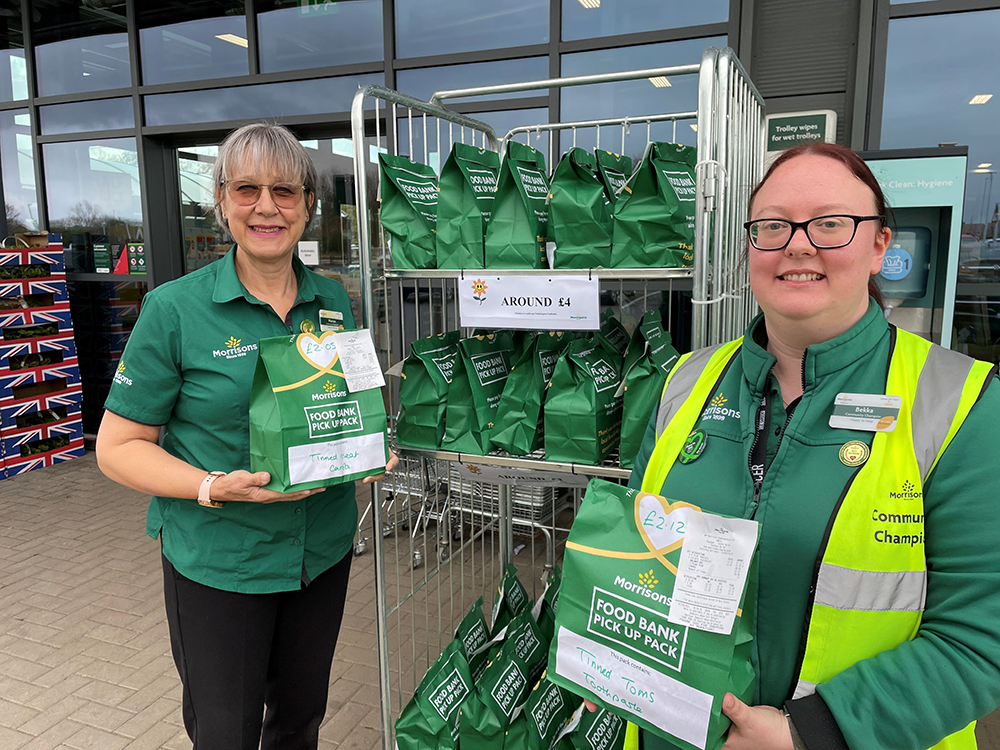 Community Champion Marion McKenzie Long said “Very early in the first lockdown, Morrisons embarked on a £10m food donation programme where the Community Champion of each store received groceries of various types each week to donate. This came at a really important time for Amble Food Bank as the numbers of their service users was increasing at an alarming rate.”

To help make donations easier to collect, a warehouse cage was placed at the front of the store, with bags containing goods suitable for the food bank. Each bag is priced between £2 and £4.

Marion said, “I was given the most amazing support by our store management. Until a couple of weeks ago we could only make an educated guess at how much our generous customers were buying for their food bank donations, but a new system put in place by our head office has helped us quantify this. I had always thought our customers donated around £450 per week, so when we read the listings we had to check it a few times as we found it hard to believe – it was half as much again!”

This meant that not only was Amble Morrisons top of the region which includes Eastern Scotland, North East England and Cumbria, but when the figures were checked nationally, they were actually top of the whole of Great Britain.

“We have always known our customers were very generous and that Amble Food Bank is a very popular community service so this just emphasizes how wonderful they are and how much they care about the community,” said Marion.

Why Amble is known as the Friendliest Port

Bill Cruickshank of Amble Food Bank told The Ambler, “We are absolutely amazed and delighted at the generosity of Amble Morrisons’ shoppers and can’t thank them enough. There is still so much need for Amble Food Bank and this will help tremendously.”

Marion added, “I would not like to think that this may stop people from donating. Every tin and packet of food is gratefully accepted by the food bank and their service users. We have recently started to support Widdrington Food Bank too.”