Can we go back to the way things were?

With lockdown restrictions beginning to be lifted (again), I keep finding myself thinking back to the lockdown last year, even rereading some of the corona diary articles I did at the time. Even though we’re still in some form of lockdown now, it feels much different to those few months with no school and almost no leaving the house. There were lots of negatives, but there were also positives which I’m now almost missing. 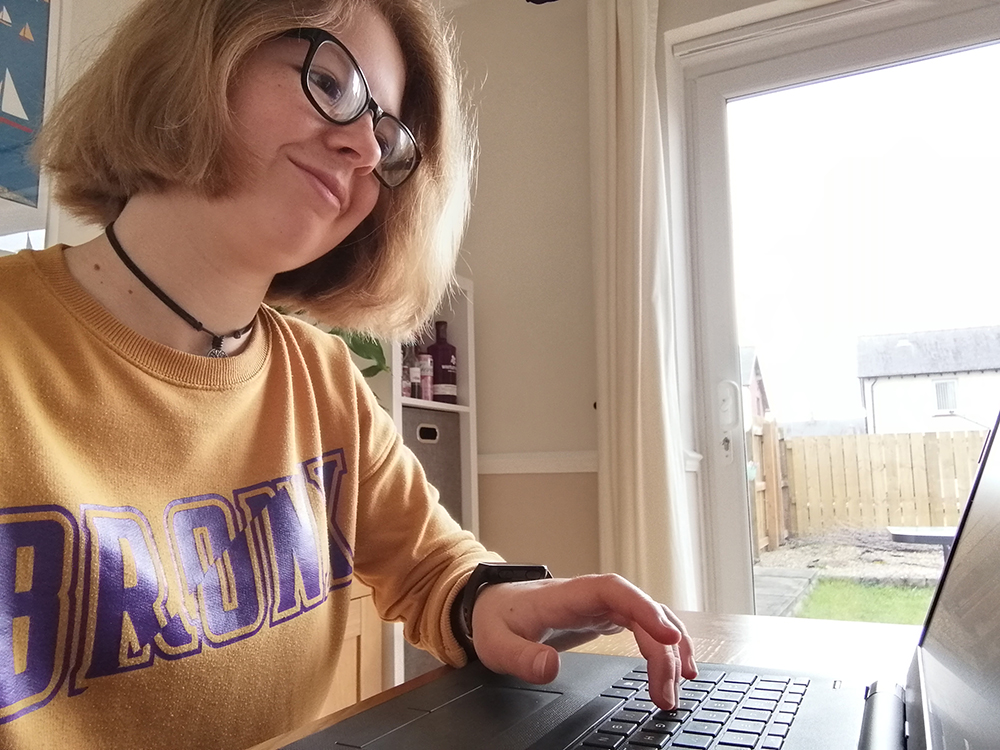 Now that I’m back in school with lots and lots of sixth form work, I’m struggling to fit in much writing, whereas in lockdown I was able to finish the project I was working on by writing for several hours every day. I can still remember how happy me and my friends were when we first found out that our exams had been cancelled- confused and upset that we wouldn’t be able to see each other, but happy that we wouldn’t have to go through the stress of tests. During lockdown, as well, I ended up appreciating the local area much more. Each walk or run was much more special knowing that we then couldn’t go out again for the rest of the day, and walking around the river and the beach with hardly any people around was peaceful.

However, it’s easy to look back with rose tinted glasses. Not being able to go anywhere, do anything
or see anyone over lockdown was hard, and like everyone I’m looking forward to things slowly returning to some semblance of normality. The idea of being able to go to the cinema or even just a café with
my friends in only a month or so is exciting, but even being able to see my friends outside school and feeling safe while doing it seems almost impossible at the minute. I would love to go back to climate protests, concerts and other crowded events but it’s going to be a while before those ever feel fully safe and normal again.

The coronavirus has changed the way we see things and the way we do things and I don’t think we’re going to be able to just flick a switch and go back to the way things were before the lockdown, but that might not be a wholly bad thing. Like me learning to appreciate the local area more, we’ve all learned things over the past year. When we go back to ‘normal’, we’ll go back with a new mindset.
By Lily

What are pronouns and why should I care?

Pronouns, by definition, are words that substitute a noun or noun phrase. Currently, however, they are a subject for debate, especially regarding trans and non binary people.

It is argued that non-binary people can’t use they/them pronouns because that refers to plural, but this is entirely inaccurate as gender non specific pronouns have been used since as early as the 1300s. But, around the 1500s, author William Lily declared in his Latin textbook that ‘the masculine gender is more worthy than the feminine’ (referring to in grammatical context, not biological sex or gender roles). This book was then used for centuries as the Latin grammar guide, so ‘he’ became more common than ‘they’. This is also why, in lots of situations, ‘he’ is used as a gender neutral term. 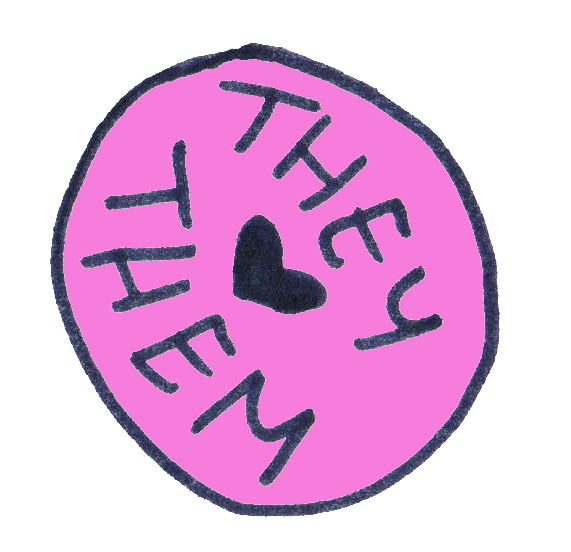 Lots of non-binary people now prefer they/them pronouns because they don’t identify with the feminine she/her or the masculine he/him. I personally use she/they. Understandably, pronouns can cause confusion, especially with older generations. However, if you were speaking about a dog and called it she, the owner would correct you and you would apologise and continue using he/him pronouns. Why can’t it be the same for people?

Using the correct pronouns for a trans or non-binary person, whilst being the bare minimum, is so validating. However, because of misunderstandings and lack of education on the subject, lots of people are targeted for using they/them pronouns, or pronouns that don’t ‘match’ their appearance (although, of course, gender expression does NOT equal gender identity).

So what can you do? Firstly, if you get someone’s pronouns wrong apologise and correct yourself. Similarly, if you catch someone else using the wrong pronouns all you have to do is correct them and continue- it’s not a big deal.

Secondly, use gender non specific pronouns in everyday conversations. Consider using ‘people’ instead of ‘ladies and gentlemen’, or ‘they’ instead of ‘he or she’. Also, tell people your pronouns! When you meet someone new, tell them and ask them for their’s, put it in your social media bios, and sign off emails with your pronouns.

All of this normalises it for trans and non-binary people and just makes everyone a little more accepting.

Why we should love wasps

Wasps are annoying and completely worthless to the world – or are they?
Wasps are predators – which means they hunt and eat meat (they also can eat sugar, but that’s not what I’m talking about). But what do they eat and why does it help the environment – I’ll tell you now. The bugs that they eat are mostly whiteflies, aphids and caterpillars – which feed on crops. Without wasps there certainly would be more pests in the world. According to research, they also pollinate around 960 types of flowers!
Maybe if more people knew about this, wasps would be less underrated/more loved, like bees! I mean, they kind of do the same job, if so even more – why not give them a chance?

COOL WASP FACTS:
● Some wasps can grow up to 5cm long!
● They are related to bees AND ants!
● Female wasps can sting more times than a male wasp – that’s what I would call girl power!

● The only continent that wasps don’t live on is Antarctica, which isn’t surprising!

● Not all wasps are yellow and black!

So, would you rather have more pests eating plants or be stung once?

What I’m looking forward to

I’m very excited for the restaurants to be reopened because we spent so much time without them. This meant we didn’t get to spend time wioth family and friends around a nice dinner table. We gave only been able to have family household meals.

However, with the restaurants reopening, we can have family and friend meals at a restaurant.

At the beginning of May, the UK’s local elections were held, but there was a key group missing from the polls in England: 16 and 17 year olds.

In Scotland and Wales the voting age for non-Westminster elections is 16, whereas in England it remains 18, denying around 1.5 million young people the chance to have their say on matters that will arguably shape their future more than any other age group. 75% of Scottish 16-17 year olds voted in Scottish independence referendum, so why can’t English young people get the opportunity to vote on important matters too? 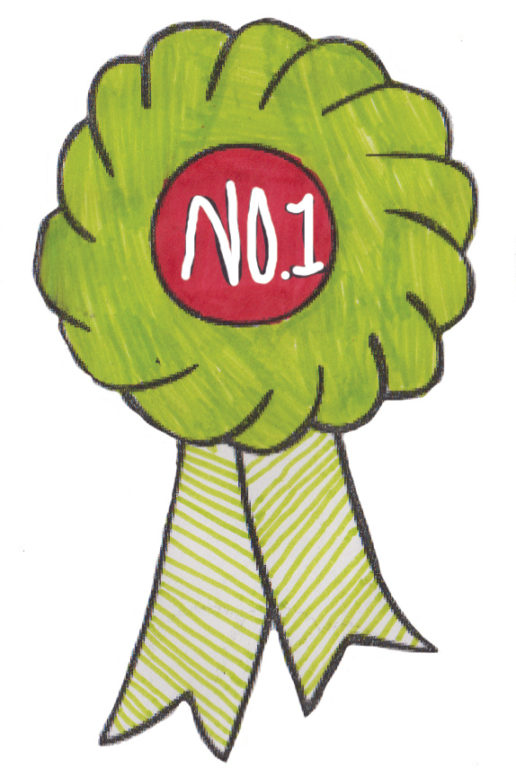 The common argument is that 16 and 17 year olds are not mature enough to vote, not responsible enough to consider the wider effects that their vote would have, but recent movements such as the school strikes for climate change have proved that young people are not only incredibly socially aware, but also know what they believe in and are politically minded.
By lowering the voting age young people could become more interested in politics, learning more about how the system works and what they believe in.

However, results show that young people are far more likely to vote Labour not Conservative, so with a Conservative government it could be a while before the voting age gets lowered to allow us to have our say.

A day has 24 hours so you would think that there are 12 hours day and 12 hours night.
But did you know that the length of the day changes throughout the year? This is why the days
are so long in summer and so short in winter! The longest or shortest days in a year are
called solstices.

What does “solstice” mean?
The word solstice is derived from two Latin words: “sol” meaning sun, and “sistere” meaning to stand still. This can be translated literally as “the sun standing still”. Interestingly, it has been observed that the sun appears to stand still in the sky for a few days before and after the solstice.

When is the summer or winter solstice?
Depending on the calendar, the summer solstice occurs sometime between June 20 and June 22 ( June solstice ) in the northern hemisphere, and between December 20 and December 23 each year in the southern hemisphere. It is when the sun reaches its minimum or maximum declination.

Six months later, when the Earth has revolved half-way around the sun, days are starting to get shorter and the temperature is cooler. We see that winter slowly sets in and the winter solstice occurs.

Why do the solstices occur?
The answer lies in the way the Earth tilts! The Earth orbits around the sun at an angle of just
about 23.5 degrees. So, when a particular hemisphere is facing the sun, it experiences the summer solstice.

As a result, when the northern part of the Earth is tilted towards the sun, days in the northern hemisphere of the Earth get longer. The temperature is warmer. And we see that summer has set in for that half of the planet. The day of the solstice is known to represent the start of the summer for the hemisphere which faces the sun.

SUMMER SOLSTICE FACTS:
● The June solstice dates vary. For example, it was on June 21 in 2015, but on June
20 in 2016. This year it will be on 21 June.
● A June 22 solstice will not occur until 2203. The last time there was a June 22
solstice was in 1971.
● Summer solstice celebrations have been taking place for thousands of years.
People from many different cultures have held solstice celebrations.
● For our distant ancestors who were dependent on hunting, gathering, and
growing, the solstice played a central role in their lives.
● As of date, the summer solstice marks a time of celebration for Christians and
Pagans.
By Hannah