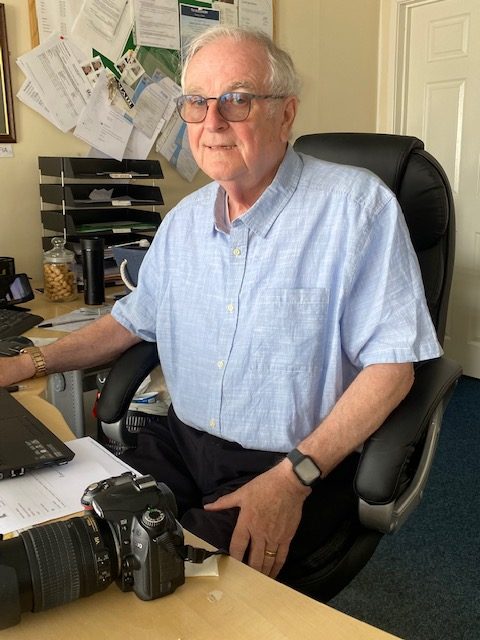 Situated in the marina in Amble is the Anglo Scottish Seafish Industry Training Association (ASSTA) whose job is to ensure that Commercial Fisherman have all the necessary safety courses and skippers tickets to carry out the most dangerous job in the world.

Dennis Osborne the centre manager explained that his area of operation was from Berwick down to Hartlepool and Carlisle to Fleetwood. Fishermen by law have to have Sea Survival before they can go to sea and Fire Fighting along with First Aid within six months of actual sea time.

ASSTA also runs a three-week Introduction To Commercial Fishing course in Amble which is free to anyone 15 years and above considering making the sea their career. We also do Skippers tickets which include navigation, bridge watch keeping, engineering, stability and radio tickets.

Dennis has been manager of ASSTA for 21 years and previous to that he was a Navigation Officer in the Merchant Navy and spent several years in the Royal Navy Reserve where he was a Lieutenant Commander looking after Sea Cadets in Northern England and Scotland.

Dennis said ‘When I joined ASSTA in 1998 we averaged 35 fatalities a year within the UK fishing industry and now we average about six, which is still too many.

The fishing industry is a very hard industry to work in and I constantly admire the men who are daily fighting the elements to make sure that they can put fish on our plates.

When I first started, because I was used to large ships, I needed to experience smaller fishing vessels to see what it was like to handle them.

After a couple of trips out of Eyemouth, it made me realise how difficult this job really was and in my opinion, the price of fish is way below market value and the amount of effort that is required in catching it certainly isn’t reflected in the price.
Over the years Amble has become one of my biggest fishing ports out of the fifteen I look after. Having an office in the marina is a bonus as it keeps me in the hub of Amble’s fishing fleet.

If anyone is interested in the Introduction to Commercial Fishing Course which is free, it starts on 6 September. Please give Dennis a ring on 07702042551