We were so sorry to hear of the death of veteran England and Burnley footballer John Angus at the beginning of June, aged 82. 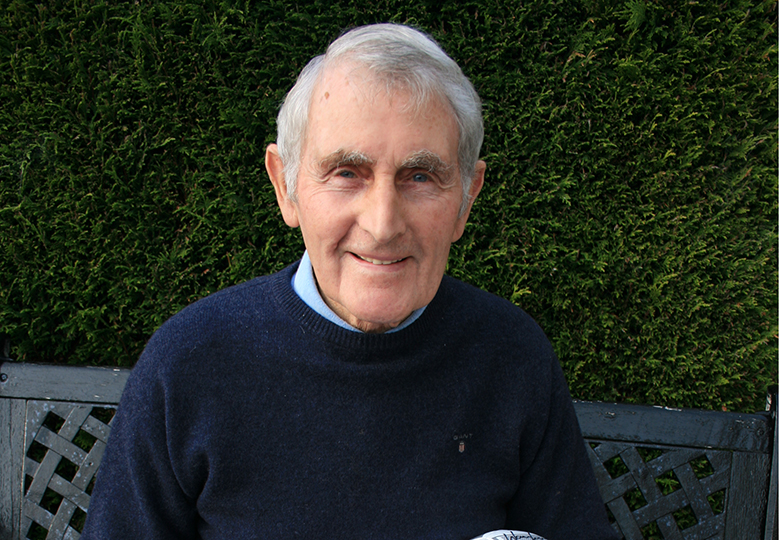 John played as a defender for Burnley FC all his professional career. He was called up a total of 10 times for England’s youth team and under 23s; and his full cap came in 1961 when he made his debut for England against Austria in Vienna.

Born in Amble in 1938, John started out playing for Amble Boys’ FC, but his talent was quickly spotted by the professionals.

In 2012 he spoke to The Ambler about his early career. He told us: “I played a couple of games for Amble Town and Alnwick Town before the scouts found me. I was 15½ and I went straight to Burnley. Alan Brown, the manager, was keen on promoting the younger kids. I had just turned 18 when I was signed.” 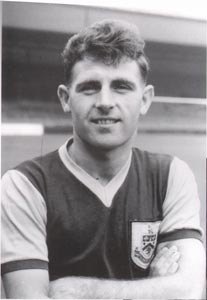 John played in over 500 matches for Burnley in the 1960s and 70s, as a defender, scoring four goals. An achilles injury put paid to his professional career, so in 1973 he returned to Amble.

Over the years, he and Florence ran a number of businesses, most latterly JK Crafts on Queen Street. They had three daughters and two grandchildren, and eventually retired to Warkworth.

A quiet, kind and charitable man, John was not one to dwell in the past. In 2012 he told us: “I’ve always had lots of interests: photography, hill walking and golf, even when I played football. I don’t think about my football career much now – I don’t even watch it any more. I think it’s best not to live in the past.”

Nevertheless, his old club never forgot their hero, describing John as “a major player in a golden era for the Clarets… One of the most accomplished and unflappable defenders in the club’s rich history.”
Florence told us: “There were quite a few at the funeral to represent Burnley. They’ve been a fantastic, super club.”

One thought on "Remembering John Angus"