The RSPB staff on Coquet Island were fortunate this year to overcome the challenges of managing an island sanctuary throughout the pandemic, with the help of some careful safeguards put in place to safeguard the team. 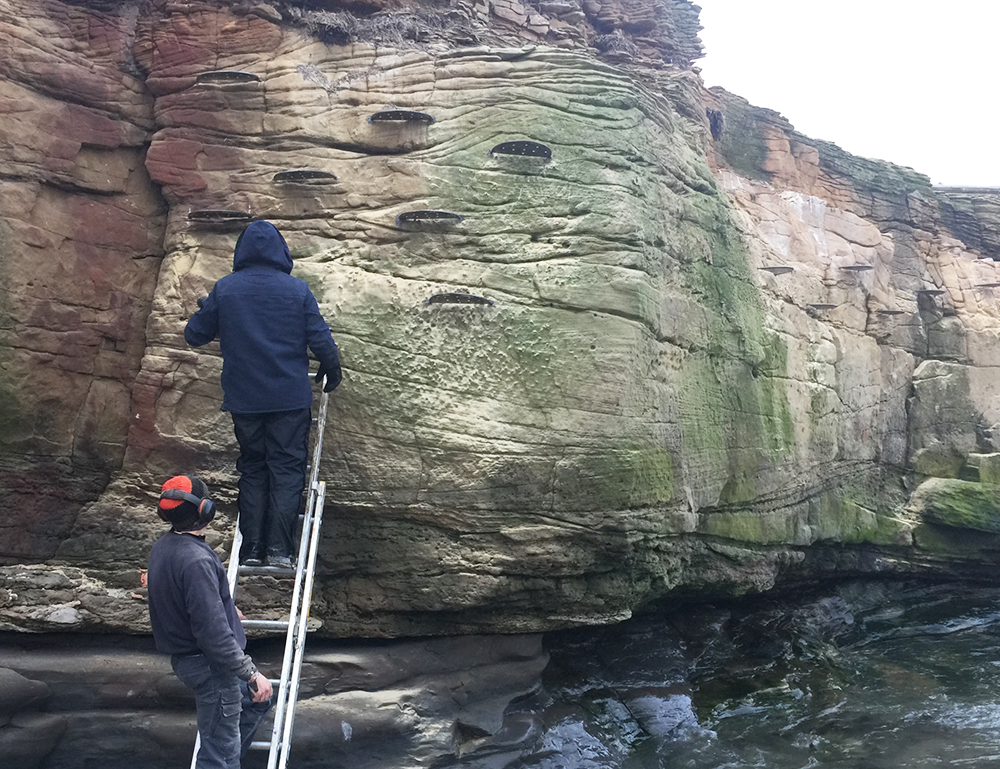 2021 has been a bumper year for most species: the puffins in particular increased from some 25,000 pairs to around 30,000 pairs. They spread from the plateau to almost every part of the island, excavating burrows even under the roseate tern terraces.

Common terns reached a new record of 1,776 pairs whilst the Sandwich terns increased to a staggering 1,919 nesting pairs. The Arctic terns increased from 1,010 pairs last year to 1,369 nesting pairs. The Arctic terns have been falling in numbers over the past few years but have bounced back, thanks in part to a displacement of birds from the Farnes.

There has been a steady increase in Kittiwakes on Coquet Island over the years since the first nest back in 1991. Kittiwakes are cliff-dwellers, but Coquet is limited in the cliff ledges that are suitable for them to nest on. Over the winter the wardens drafted in the help of Stephen Lunn, the local blacksmith artist from Red Row and designed stainless steel artificial ledges (we call hammocks) which were fixed to the cliff faces using epoxy resin. 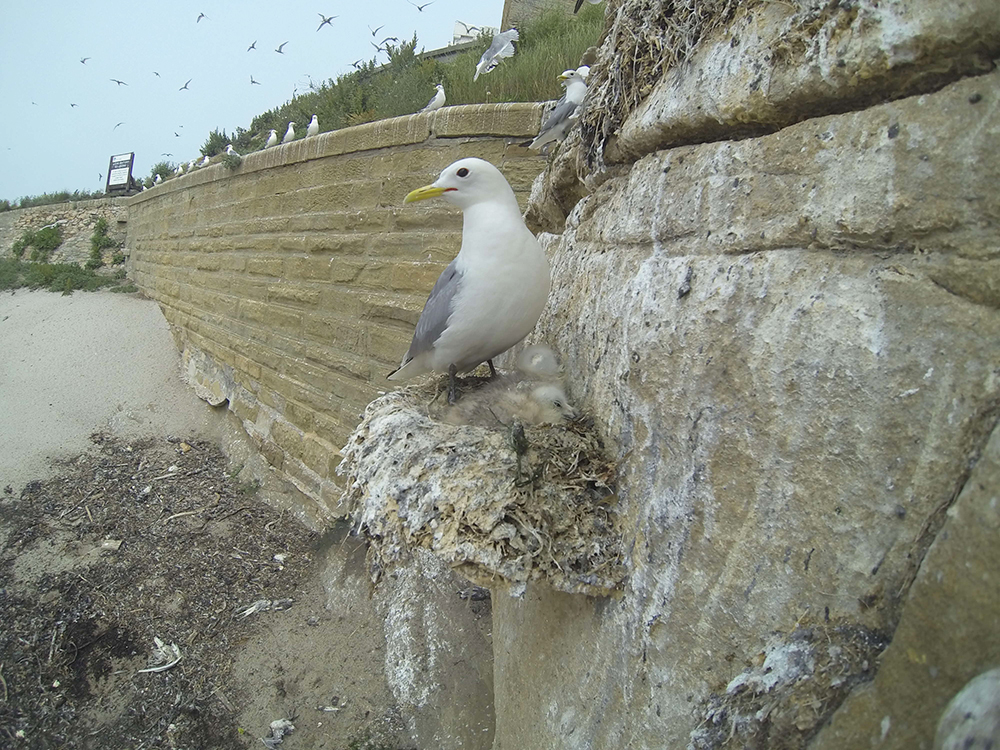 The resourceful Kittiwakes soon took advantage of the new nest sites and built their tumbling nests on them, each rearing chicks. More are planned for next season to meet the challenge of the growing population, currently standing at 466 nests.
Coquet continues to thrive as a sanctuary and even the roseate terns enjoyed an impressive increase from 130 nests last year to a record-breaking 150 pairs this year.

The Roseates successfully fledged 186 chicks which are all on their way to Africa for the winter.
With the bird nesting season at an end the work on the island has turned to clearing all the rank vegetation, cleaning and stowing the hundreds of nest boxes and carrying out the repairs and maintenance of the various equipment on the island such as the CCTV network and solar power system.