Aren’t penguins amazing? (The answer is yes) They are so amazing that they even have their own day on 25 April because that’s when Adelie penguins migrate north – only 4 days after my birthday! 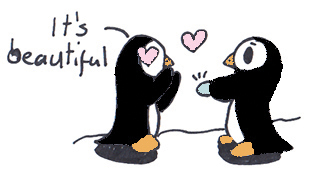 So, in honour of the penguins, here are some cool penguin facts:
• There are 18 different species of penguin – my favourite one being the chinstrap penguin.
• The penguin’s black and white feathers are for camouflage
• They can’t fly because of evolution
• Emperor penguins are the biggest type of penguin
• Emperor penguins can hold their breath for up to 27 minutes, and they can swim as fast as 6 – 9 km/h
• Penguins don’t have teeth
• Penguins propose with pebbles
And that concludes this article, and happy penguin day. Bye!
By Grace

I recently decided I wanted to shave my head. This wasn’t a new idea- it’s been pretty much inevitable for about a year now, but it was only recently I actually plucked up the courage to do it. And to force myself into it, I decided to do it for charity. 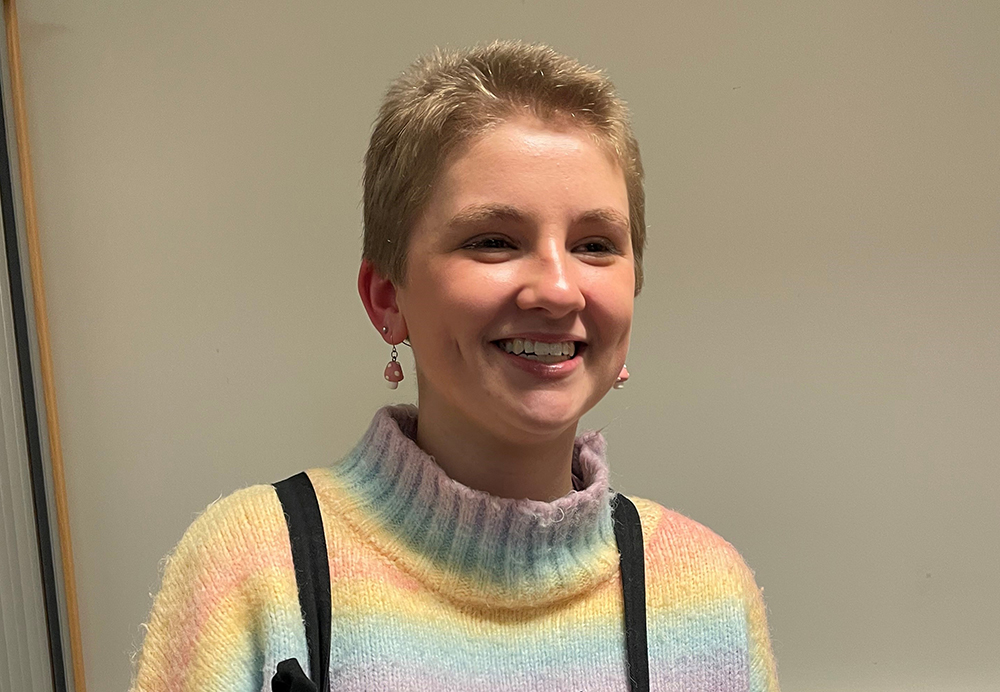 The charity I chose is Mermaids, an LGBT+ charity with a focus on helping transgender children and their families. I can’t remember where I heard of them first, but I knew when deciding on a charity it had to be them. Their aim is ‘to create a world where gender diverse children and young people can be themselves and thrive.’ which I think is amazing!!
I was nervous and excited to cut it, but overall I’m really glad I did it- it feels very freeing.

I would definitely recommend a chop if you want to raise some money or make a change in your life (showers are so much faster).

So far I have raised just over £500 but the page is still open! Justgiving.com/ava-tibbitts – it all goes straight to the charity and every penny is appreciated!!
By Ava

Nowadays, everything seems to be a love story. There’s a constant idea that, at the end of book or movie or TV show, the two characters will kiss, marking a character arc complete and a battle successfully won, and that idea works its way into our everyday lives too. 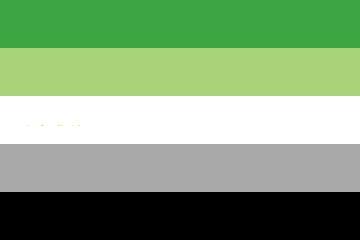 Being single is ‘bad’ and you should always be on the lookout for that special someone to ‘complete’ you- that’s what we’re told, but we all know that isn’t true. Not to mention there’s some people who don’t want any romance at all. Like, ever.

The week after Valentine’s Day was Aromantic Awareness week, a celebration of the aromantic community. Aromantic is a term that basically refers to someone who experiences little or no romantic attraction, so they don’t want a romantic partner.

People who are aromantic don’t get crushes on people and their ideal future doesn’t involve the classic dating and getting married. Unfortunately a lot of people who aren’t aromantic can get angry about aromantic people as they feel as if romance is something everyone must want.

It’s hard for some people to understand what being aromantic must feel like, especially with movies and TV shows (and the people around you) convincing people that they have to be in a romantic relationship or they surely must be crazy. Not only do people think aromantic people are insane, but they also sometimes think that they’re heartless and don’t feel any love. This isn’t true.

Aromantic people might not want a relationship, but they still have lots of love for their family and friends, and for many of them having a best friend can be just as good (if not better!) than a romantic partner.

So, although for lots of people romance is a great thing that brings joy to their life, it’s not the same for everyone. Some people don’t want a romantic relationship, or they don’t feel romantic feelings at all, and that’s okay! If you want to learn more, a good book for older readers is Loveless by Alice Oseman, all about being aromantic.
By Lily

I don’t need to explain to you the catastrophic effect single-use plastic has had on our climate, but I will tell you about the positive steps recently taken for change! 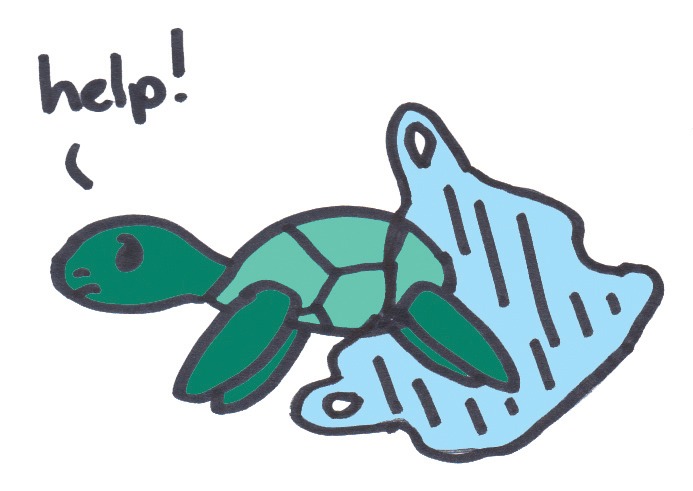 The United Nation’s Global Plastics Resolution will legally force the 175 countries who signed to be more conscious about their plastic pollution. This includes decreasing the production of plastics and addressing the full cycle of plastic use.

This UN treaty is not voluntary, so will lead to change- this is an incredible first step
against climate change and it’s really exciting to see our government get involved.
By Ava

Could the war in Ukraine help us go greener?

Russia’s invasion of Ukraine has got European governments
(including the UK) to look at their energy supplies.

Countries in Europe getting gas from Russia are in fear of Russia not giving them gas anymore, so they are looking for alternatives.

One of the countries – Germany, has said that they want to turn all the energy that they use to renewable energy (solar and wind power) by 2030.

They want to make at least 80% of it renewable. They’ve already stopped using coal / charcoal

In the UK, business secretary Kwasi Kwarteng has said the UK needs to get renewable energy sources and cut down on the fossil fuels.

Will this happen?
Will they do this?
Or is it all just talk?

I confess: I hate vegetables

I hate vegetables so much. They are bitter and the texture of most of them is very unpleasant.

If I never saw a vegetable again, I would be very happy. The only vegetable I can tolerate are potatoes. I like fries, mashed potato and roasted potatoes. With gravy! 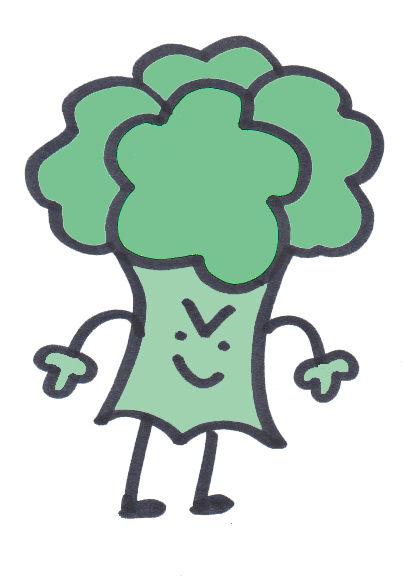 I do like meat (I bet you couldn’t guess). For as long as I can remember I have not eaten vegetables or fruit. I think they taste really bitter, and I don’t like the texture of most vegetables. My favourite meal would be chicken nuggets and chips. And tomato sauce. (No, that doesn’t count as a vegetable!)

I do like cheese although my sister Hannah does not. She likes vegetables. So we are not at all identical. Hannah’s favourite meal is homemade mango curry.
By Grace

How to be the best sibling

On Sunday 10 April, it’s National Siblings Day, so we (the best siblings Amble has to offer) have decided to explain how it’s done. One day you too could be as great as us if you follow these simple steps. 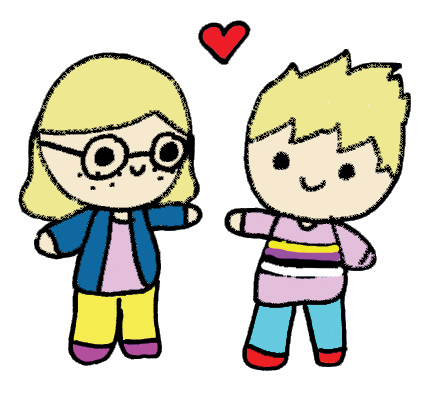 Share
L: Sharing is very important to stop arguments, otherwise you just end up fighting over everything all the time like cliché TV show siblings. Come up with some good ways to share things, like formatting the article so you both get a chance to talk.

A: I agree! One way we share food is if one person halves it, the other gets to choose which half they want- this way you’ll try to half it as equally as you can. Overall though, sometimes it’s just best to be generous- they’re your sibling after all!

Enjoy each other’s company
L: Despite the fact your sibling might be annoying at times, everyone has good traits, and your sibling surely must have something good (they grew up with the fabulous you after all). Make sure to spend quality time together, like picking a weekend and going out shopping or for a walk!

A: It’s another example of sharing, just this time with time! Make sure you pay attention to what your sibling likes/ wants to do instead of just dragging them along to all your stuff.

Find compromise
A: Compromise is about finding a midpoint in arguments. It’s important to care about what your sibling wants, so if they want to go first for a change maybe you should just let them! Without arguing!!

L: Yep, compromise is great. But maybe compromise doesn’t have to include insisting going first because it’s ‘only fair’ and instead the midpoint in the argument could be letting the clearly more experienced article writer go first.

Don’t mess with your siblings chair when you disagree with them
L: Do not sink their chair down and then laugh at them for being short. It’s not that funny.
A: Tell your sibling to get a sense of humour, and let you come up with the ideas, instead of basically trying to write a siblings article by yourself.

DON’T FIGHT EVEN WHEN YOU’RE SIBLING IS BEING ANNOYING
L: For STARTERS, I am not trying to write it by myself, look at that nice little section below me you have to write in. And SECONDLY, stop trying to steal the computer away while I’m typing because that’s-
A: Stop being so immature and GET OFF MY HAIR WHILE I’M TRYING TO WRITE!
Still be besties in the end because that’s what being siblings is all about

L: This final step is the most important because, although your sibling might be super annoying at times, they’re still family. And they’re kind of cool when they’re not messing with your chair. And maybe you should’ve let them write a bit more of the article after all (you can’t be right all the time).

A: She may be stupid, but she’s right about that. People with siblings are so unbelievably lucky that we get an automatic best friend from birth so, if you have a sibling, go give them a big hug!
By Lily and Ava