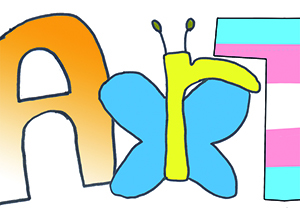 ‘All my memories were in one bag’

Since 2011, when the war in Syria began, millions of Syrians have fled with some of them coming to the UK as refugees, seeking asylum. Sawsan Zaitoun is one of those refugees. She came to Northumberland on 5 December 2019 with two children and no English, and she now lives in Amble and is going to college in Blyth. She kindly came to see us at Artograffi, along with her local friend Eileen, who is helping her learn English, to chat with us about her experience. 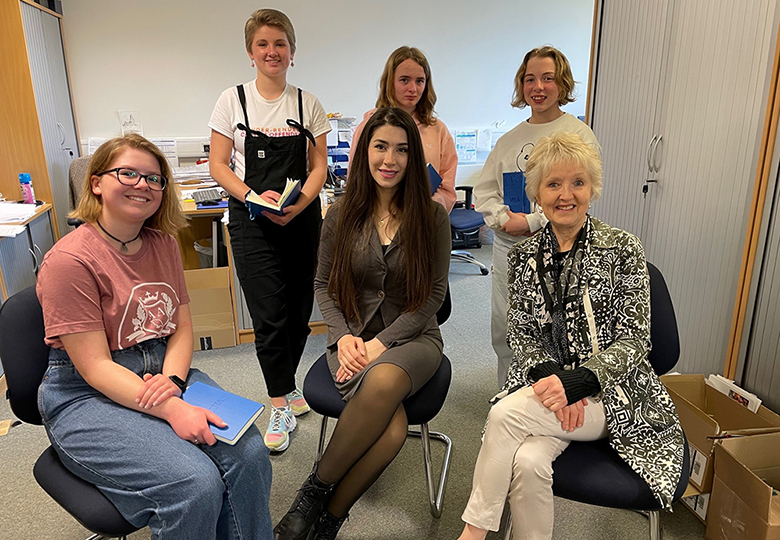 Sawsan had a good life in Syria – her husband was a businessman and they owned an olive farm near the capital of Syria, Damascus. She had a big house, a car and family nearby, so she said she never would have left Syria if it weren’t for the war. Her husband died in the conflict, so she escaped the country with just her brother, her parents and her children, who were eight and nine at the time, and a bag of her most important pictures and items.

“All my memories were in that bag,” she said. She described how bombs dropped so close to them as they walked from place to place that they couldn’t see in front of them, she just had to keep checking that everyone was still there and keep going.

She and her family escaped to Lebanon where they lived for six years, trying to start over, with Sawsan getting a job as a waitress, but the conditions weren’t good there. Sawsan qualified for a UN scheme, but only for her and her children, so she had to leave the rest of her family behind as she was put on a plane, only being told that she was going to Northumberland in the UK. “I didn’t know where I was being sent,” she told us, “I cried and I was scared. I had never been independent and I didn’t have the language.”

When she got here, Sawsan had more bad luck. It was only a few months after she arrived in Amble that Covid hit, and she was left in a brand new place with no family, no support and no English. She was having flashbacks and she couldn’t sleep well, but even getting medical appointments was difficult, made even scarier by Covid. Luckily, Eileen was there to help out.

Eileen volunteered to teach Sawsan English and help out however she could, forming a bubble with Sawsan and her children during lockdown, so that she could give her support. Eileen has helped to show her around the area, visiting Holy Island for a day out, and Ingram Valley Farm, where they got to feed baby lambs.

One of the things Sawsan loves most about the local area is the sea, and walking by the sea helps to clear her mind. “I feel safe in Amble, and it feels like home,” Sawsan said, “The people are very friendly. I feel free to go anywhere.”

Sawsan is now doing an entry-level course at Blyth College, which she says is frightening getting there because she still struggles with English to ask people for help on buses, but she’s looking forward to getting her driving licence and getting some more independence.

“I’m focusing on my language, then my driving licence, then a good job,” she said. She speaks to her family when she can but the electricity in Lebanon isn’t good so it isn’t always possible.
“I miss my family. I miss having everyone together.”
The news about the war in Ukraine has been hard for her, as seeing the refugees fleeing the country hits close to home and brings up bad memories. Sawsan wants to help the Ukrainian refugees, like Eileen helped her. “I just want to give them a hug,” she said.
By Lily
Additional reporting by Ava, Grace & Hannah

All you need to know about Amble’s favourite bird 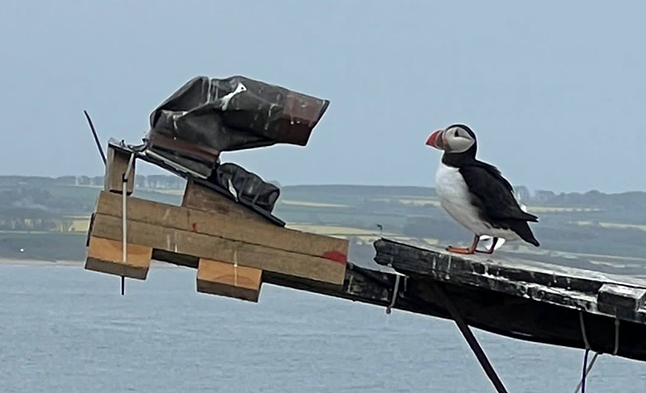 You might think you know a lot about puffins, but do you really? Maybe after reading this you will be able to learn something new and exciting about Amble’s favourite birds, and if not, maybe you might be able to tell someone else a cool puffin fact from this list that will surely surprise them.
How many types of puffins are there?
There are 3 types of puffin – the Atlantic puffin, Horned puffin and the Tufted puffin. There is also another close relative of the puffin called the Rhinoceros Auklet
How fast can they fly?
Puffins can reach speeds up to an astounding 55mph, beating their wings a rapid 400 times per minute.
Can they swim/how fast can they swim?
Puffins can swim and are very good at it too, since they live on the sea for a long time of their life, and they are well adapted to this. They can swim as fast as up to 10mph.
No nests?
Puffins don’t make nests! Instead, they dig burrows underground, which is why people who can go on Coquet Island have to watch their step.
Why are their beaks bright?
Puffin beaks aren’t always bright, it depends on the season.
They have their own festival? Yes they do: Amble Puffin festival. And watch the Coquet Island puffins with this live link: https://bit.ly/3LeihV7 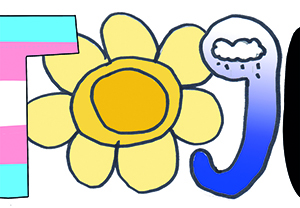 What are the best fonts? Why does it matter? Personally, I love Comic Sans, because there’s something funky about it, but for some reason it gets a lot of hate. Fonts can be important when writing to make the right impression, and some businesses pay tonnes of money to get fonts perfect. So here is my rating of 10 of the most popular (/random ones I found) fonts.

Helvetica – one of the most popular but very boring. I believe most people use it out of fear for social norms, 3/10

Times New Roman- a classic, but a little pretentious. I don’t know much about the Romans but I feel like they’d be offended to have their name used this way. 7/10

Calibri – a little too straight for me, needs some pizazz. I do like a sans serif though. 2/10

Comic sans- best font ever!! People are so unnecessarily mean about comic sans for no reason, but it is my favourite font and I make a point of using it for everything. 11/10

Courier new – very pretty, reminds me of a typewriter. I love when books have this kind of font. 9/10

Georgia – I don’t understand the name, or the font. Feels like all the other fonts were melded into one and it made a big mess. 5/10

Algerian- why is it in all caps? It seems very angry and extravagant, but that’s not a bad vibe. Hard to read. 6/10

Bradley Handwriting- I love a handwriting font that makes me feel better about my messy scrawl. 7/10

Neuropol – reminds me of The Matrix and the colour purple for some reason. Very hard to read but in a funky way. 8/10

This is just my opinion, but if you argue, you are wrong. Just use whatever font makes you happiest.
By Ava 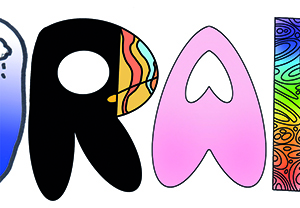 Why I believe there Is No ‘Trans Issue’

There is a huge conversation surrounding transgender people recently, fuelled by Boris Johnson’s comments in a recent interview. It’s difficult to combat all the transphobia in the world, but the overall message I want to give is that trans people are worthy of love and respect.

Johnson stated that ‘biological males’ shouldn’t compete in ‘female sporting events’. The question around trans people in sport is not one I have an answer for, but I do know that trans women are women and should be referred to as such- to call them biological males erases their identities. Trans women go through rigorous testing before being allowed to compete to make sure everything is fair, only to be bullied by teammates and the public. Isn’t it time we gave them a break?

Before you speak about trans people, make sure you have done your research and know the background to your opinion; trans people do not deserve to be the victim of tabloids and uneducated comments by people in power. They are human too, and it is our job to unlearn the binary system that doesn’t fit everyone. There is no ‘trans issue’- the issue is your transphobia. 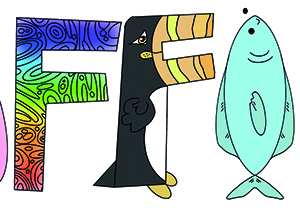 Guess who has recently made these achievements out of the Artograffi crew! 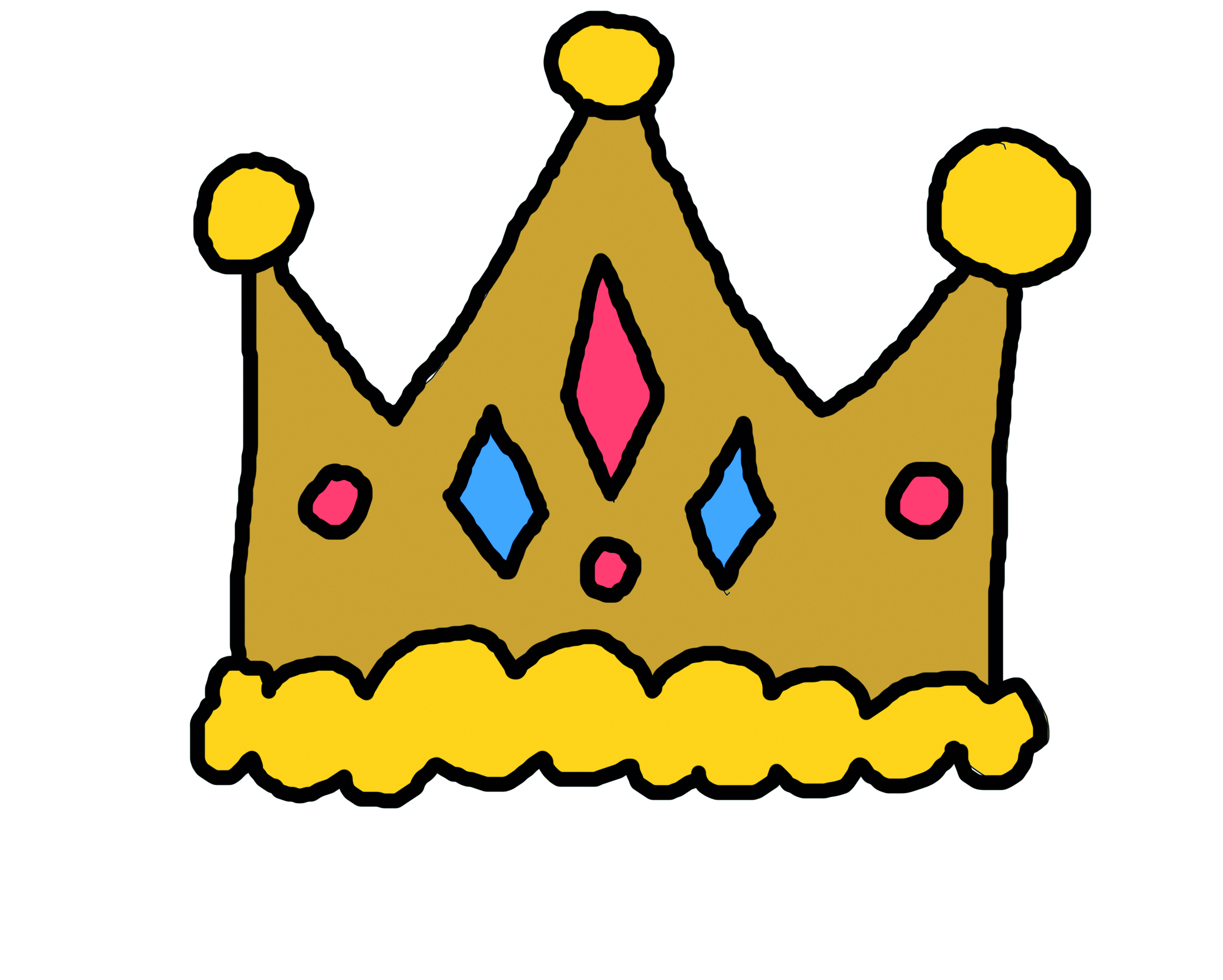