If you are a football fan, you might have spotted Amble’s very own budding football star during the England vs Austria UEFA Women’s Euro match. Lyla Smith, a Year 10 student from JCSC, was nominated to be a Visa ball kid for the match, and afterwards she told us how it went. 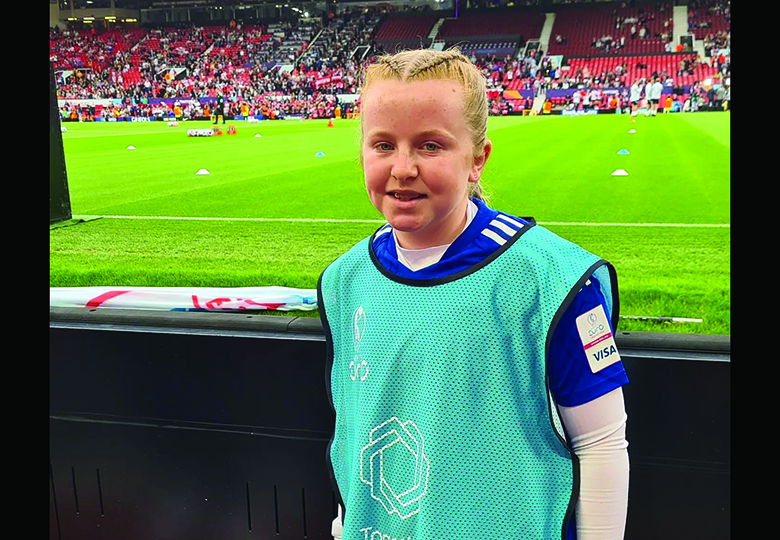 Lyla Smith at the UEFA match

“I was so nervous at the start, my legs were like jelly!” said Lyla, “But once the nerves had gone, I was the most excited I had ever been. When it was full time, I was gutted that the experience had come to an end but I left with lots of great memories.”

It was thanks to the Amble Youth Project who told the school about the opportunity, and JCSC who nominated Lyla, which enabled her to take part. “I never thought I would get picked but here I am! We even got to stay in a five star hotel and I got lots of kit and football boots to wear during the game.” 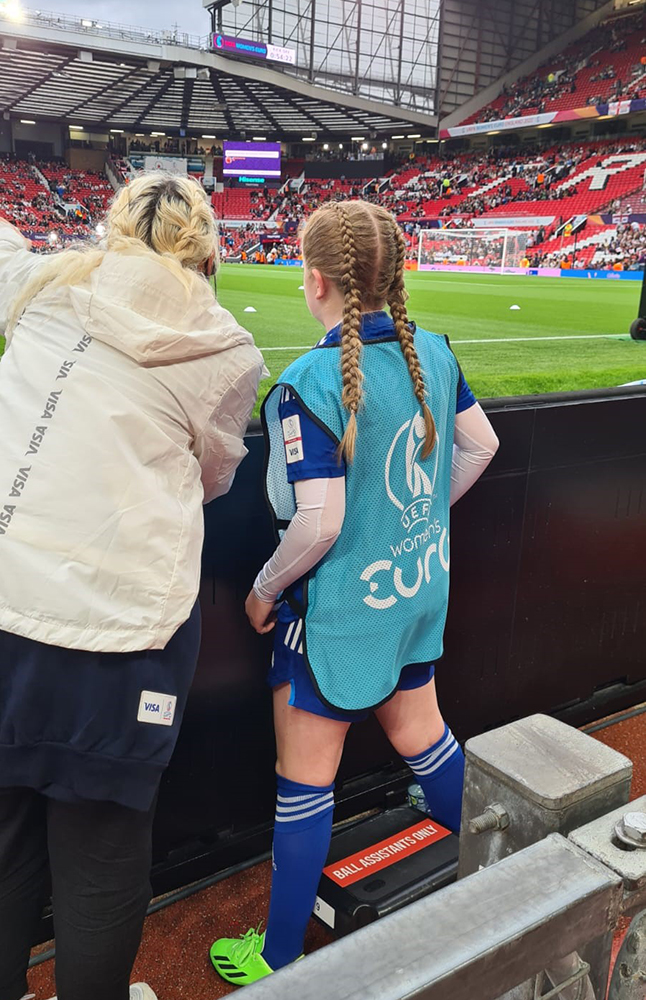 Being a ball kid meant that if a ball went out of play during the match, Lyla was the one who threw a new ball to the players and retrieved the old one.

“When the players were warming up I was very close to them! During the game, the ball went out quite a few times so I had to keep jumping over the barrier. I was very nervous in case I could not do it but I managed. I got to pass the ball in quite a few times and even to Lucy Bronze! The whole experience was amazing and something I will never forget.”

She might not have got to hang out with famous players during her tightly scheduled time as ball kid, but Lyla is a star football player herself. “I would love to continue to play football,” she told us. We are hoping to be cheering her on as Amble’s first England women’s team footballer in a few years’ time!
Lily Tibbitts