Fears for the future of an endangered bird species have been voiced, after the devastation wrought by bird flu on Coquet Island. 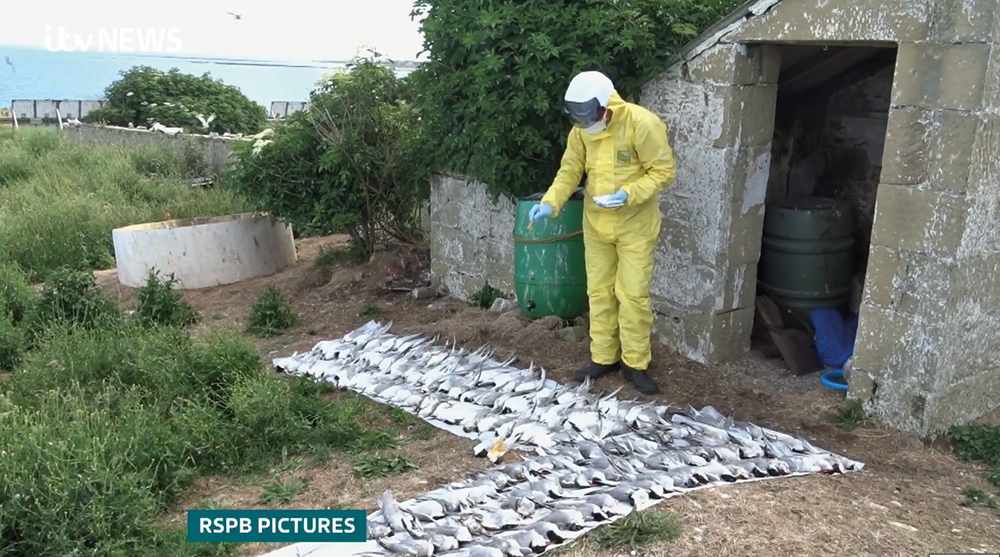 Over 28% of the red listed Roseate Tern colony on the island has died, a very worrying statistic as Coquet Island is their only breeding site in the UK. It is feared figures could rise to 50%.

The outbreak of the Highly Pathogenic Avian Influenza (HPAI) H5N1 virus hit northern coastlines hard in early June. Thousands of Gannets from Bass Rock fell foul of the disease, and for weeks many dead and sick birds have ended up along Northumberland’s beaches. The virus rapidly affected Guillemots, terns and gulls, all in the middle of their breeding season. 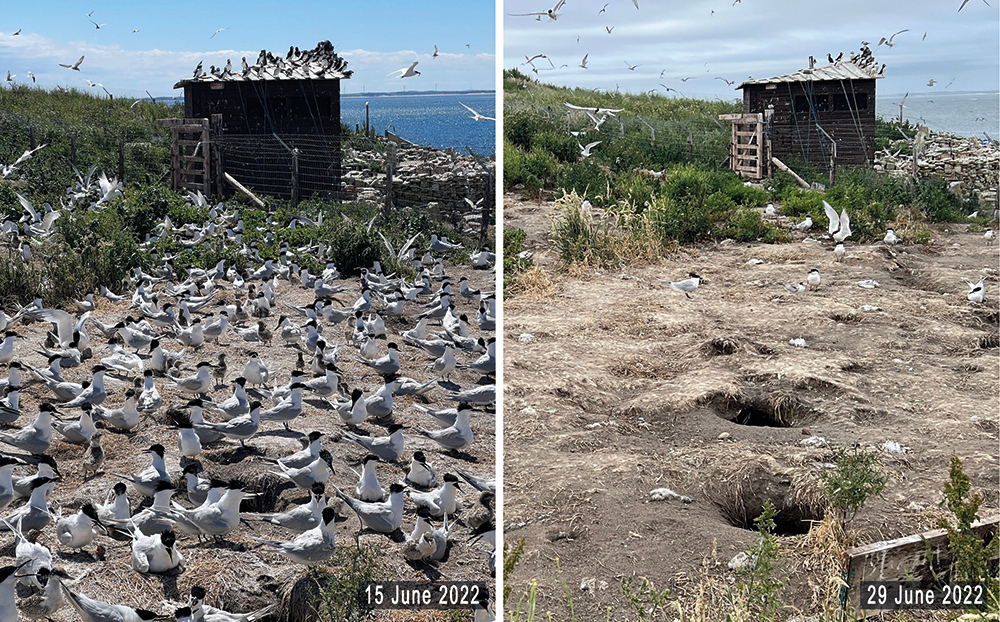 On Coquet Island, wardens could only watch in despair as what had been forecast as a bumper year, rapidly turned into heartbreak. Before the virus hit, the team had recorded record numbers of Roseate, Arctic, Sandwich and Common Terns, and the Kittiwake population was the highest it had ever been.

Monitored by the RSPB, the island is an internationally important breeding site for 40,000 seabirds. The rarity of the Roseate Terns means no public landings are allowed.

“We’ve gone from elation to despair,” RSPB warden Paul Morrison told The Ambler. “We were due a record year, but all that has hit the buffers. The virus hit so rapidly. First were the Common and Arctic Terns. Then it spread very quickly to the Sandwich Terns then the Roseate Terns, and on to the gulls.” 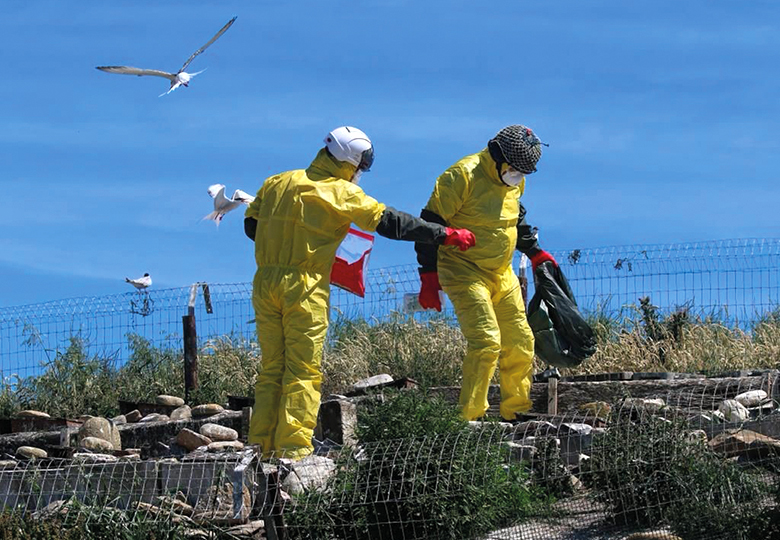 Wardens on Coquet Island hope the virus has peaked, so are preparing for next year by clearing and disinfecting the nest boxes. Photo: Coquet Island team

Wardens began patrolling the island twice a day in full hazmat gear to collect the carcasses. 110 Roseate Tern chicks were lost, a devastating number for such a fragile population. 150 breeding pairs were counted last year; 79 of the adults have now died. And for the Sandwich Terns the season has been a disaster, with all 2,608 chicks having died.

“I hope we are over the peak now, but the damage has been done. This has set us back 20 years,” said Paul. “But preparedness starts now. We are disinfecting nesting areas and removing the shingle, trying to prepare the island for next year.”

The RSPB is calling for an immediate response plan from the UK governments on the HPAI virus in wild birds, including a co-ordinated action plan and clarity on the process for collecting, surveillance and testing of dead birds.

Paul said “We need a more rapid collection system for wild birds. It took a week for us to get confirmation from DEFRA that it was avian flu. And we had to take the samples to a lab [80 miles away in Northallerton] ourselves. The disease has spread right around the country and we need to have a plan so we can all respond very quickly.”

One piece of good news for the Roseate Terns: Rockabill off the south coast of Ireland, which also has a colony, has so far not been hit by the virus. 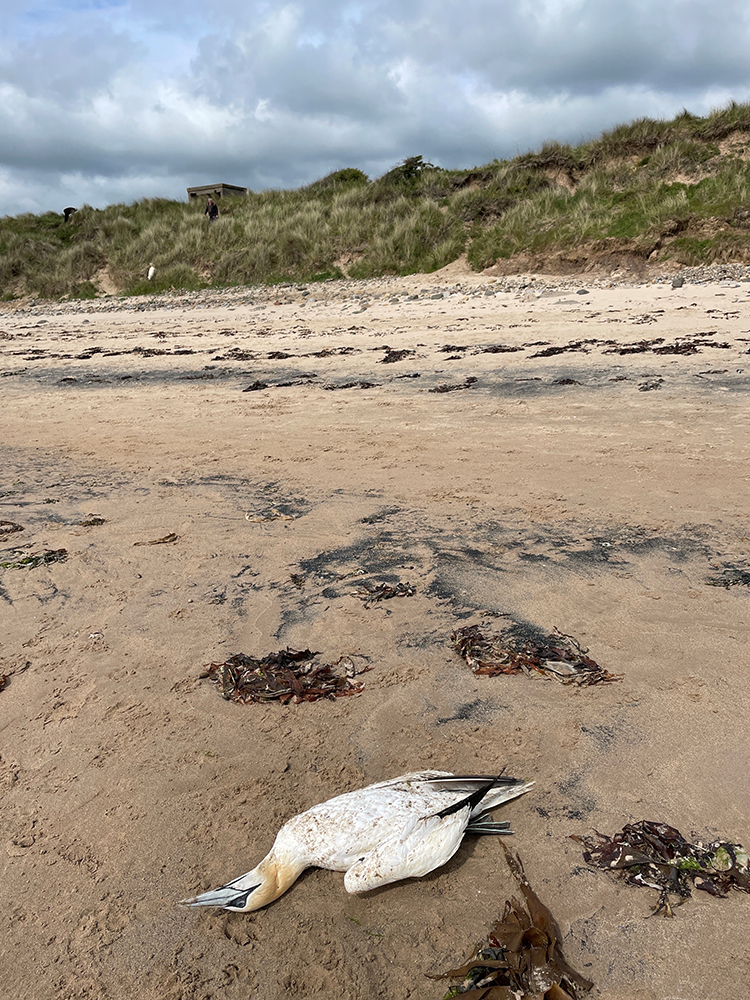 Members of the public are asked to contact DEFRA on 03459 335577 to report groups of three or more dead seabirds. Do not touch the birds and please keep dogs away from them. For removal of dead birds, contact Northumberland County Council on 0345 600640.

One thought on "Heartache as virus hits Coquet rare birds"