Amble is a safe place to live 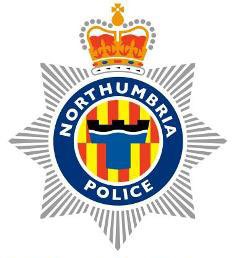 “Amble is a safe place to live, work and visit;” these are the words of Paul Truscott, Neighbourhood Inspector for Alnwick District.

He rejected the suggestion that a recent increase in burglaries in Amble was due to a reduction in police presence.
“There has been a recent spike in crime for the area, although the figures overall for the past year have shown a reduction on previous years,” he told The Ambler.

This spike has featured 20 reported break-ins since November 2014; the majority of these have been sheds (14) located either in the allotments or on the Radcliffe estate. (Five of these sheds were insecure.)
The property stolen included power and hand tools, cycles, garden equipment and food stuffs.

“As a result of police action, two local men were arrested and are currently on bail, and a 50 year old man from the Sunderland area has been arrested and is on bail; the expectation is he will be charged with five offences,” he said.

In addition to the arrests, three warrants have been executed in the town, which have led to the recovery of stolen property.

Inspector Truscott was keen to stress that police numbers in Amble have not changed.
“The number of officers patrolling Amble remains the same and they are supported by a strong Neighbourhood Policing Team. The Amble Police Station currently remains open to the public and acts as a patrol base for officers,” he said.

To help safeguard the area members of the community are encouraged to ring the police on 101 if they witness anything out of the ordinary or 999 if it is an emergency.

Inspector Truscott added: “To make life more difficult for the criminals, please think twice about purchasing items which may appear bargains but are part of the black market for the regeneration of stolen goods.”