A memorial seat to two young fishermen has been vandalised for the second time, says a grieving father, who is asking for help to repair it. 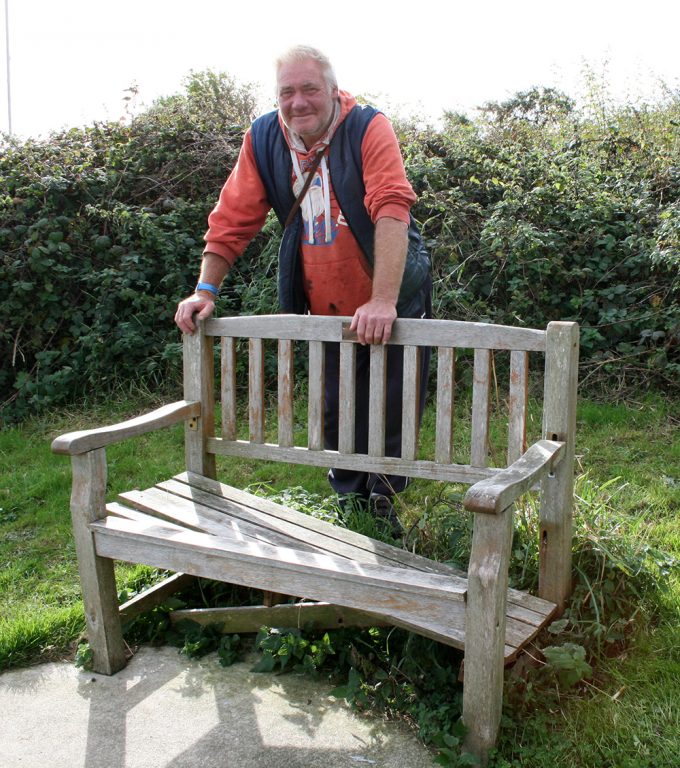 The seat was one of two placed in Amble, after the tragic deaths of two local fishermen, Mark Arries and Edward Ide. The two young fishermen died from carbon monoxide poisoning in a poorly maintained vessel moored in Whitby harbour in January 2014. The owner of the boat was subsequently jailed for 15 months.

In 2014, the seats were placed by the two families, in memory of their sons. One is on the harbour near the Little Shore, the other along the estuary next to the Shorebase Trust. But sadly the seat at the estuary has needed to be repaired, not once, but twice.

John Arries, father of Mark Arries told The Ambler: I came round here last week and it’s like this again. It’s pure vandalism. It’s a mess. I feel awful.”

“The Shorebase Trust let us put the seat here; they organised the concrete base and then they fixed it after it was broken the first time,” said John. “I’ve had to take the plaque off now, because I’m worried vandals will come back and destroy it some more. It’s terrible.”

John had a request to the public for help to repair the seat: “I don’t know if anyone can put it back together again. I just don’t know where to start. I couldn’t afford to pay them though.

“It’s not an ordinary seat, it’s a memorial seat. It’s terrible what people have done to it.”

UPDATE: a justgiving page has been set up by a member of one of the families:

7 thoughts on "Plea for help to repair memorial seat"