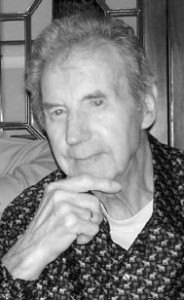 However my gloom was given a boost when I watched the European Athletic Games last week on television. Our British athletes were absolutely magnificent, displaying not only performances of the highest standard but integrated with a passion seldom seen by many of our sporting participants of today. For once in a very long time I was proud to be British!

Those who say it is not the winning that is important but the “taking part”, my answer to that is utter ‘balderdash’! What would be the point of playing any game if the participants didn’t care if they won or lost? How boring that would be! To win is the essence of any sporting event whether is be Football, Cricket, Rugby, Golf, Tennis or any other sporting activity such as Tiddlywinks or Marbles.

In my young days, every year there was a sporting event which was held at Amble Welfare during the miners holiday week. There were numerous competitions but the highlight was the 100 yards handicap races. Runners from all over the country flocked to this prestigious event, many of them professional sprinters. After all, there was big money involved and betting took place on a large scale.

Amble Council well aware of my sporting prowess invited me to take part in the hope I could compete on the same level as the pro sprinters. I willingly agreed to do so, the only problem being I did not possess a pair of running shoes with spikes which were essential in events such as this, particularly against such formidable athletes.

Knowing my chances of coming even close to winning without spiked pumps was practically nil (I heard later several punters backed me to win!) I was beaten at the line by a 10th of a second.

If, the little word with such a big meaning, had I worn the correct running shoes the result could have been so different. The winner was named Spence, rated as the No 1 sprinter in the North of England. To come 2nd did not however hide my bitter disappointment, to be No 1 must be a top priority!

On the 14th of August, one day before my 86th Birthday I have been invited by my former club Port Vale to attend their first home match of the season against Chesterfield.

This event is to honour me being introduced on the pitch to the crowd before the game. 60 years to the day I am the last remaining player who played on the ground which was to be named Wembley of the North!